The big picture is that the Seattle Sounders have one more tune up after their 4-2 loss to expansion side Atlanta United FC last Wednesday in game two of the three-game  2017 Carolina Challenge Cup. The Sounders might have lost the battle, but the big picture focus this offseason is to integrate of season additions in preparation of a fierce title defense.

Offseason signings Henry Wingo and Will Bruin each found the net in the second half, but Seattle was unable to overcome a four-goal deficit at MUSC Health Stadium in Charleston. The Rave Green complete Challenge Cup play on Saturday, February 25 against Columbus Crew SC (1:30 p.m. PT / Live-streamed on

The Rave Green will complete the  Challenge Cup play on Saturday, February 25 against Columbus Crew SC (1:30 p.m. PT / Live-streamed on SoundersFC.com). The defending MLS Champions will kick off the  MLS regular season Saturday, March against the Houston Dynamo at BBVA Compass Stadium in Houston

In Wednesday’s  first-ever matchup between the Sounders FC and  Atlanta, the  MLS newcomers found two goals within the first three minutes of the contest. Josef Martinez got Atlanta off the blocks early after intercepting an errant pass from Sounders FC guest player Quinton Griffith in Seattle‘s half of the field. Just two minutes later, United midfielder Julian Gressel was bumped inside his own area by Seattle guest player Darrius Barnes, leading to a penalty-kick for Tata Martino’s club. Paraguayan international Miguel Almirón made quick work of the opportunity, doubling Atlanta’s advantage. 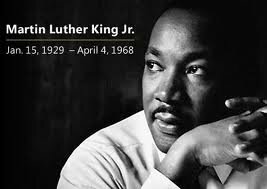