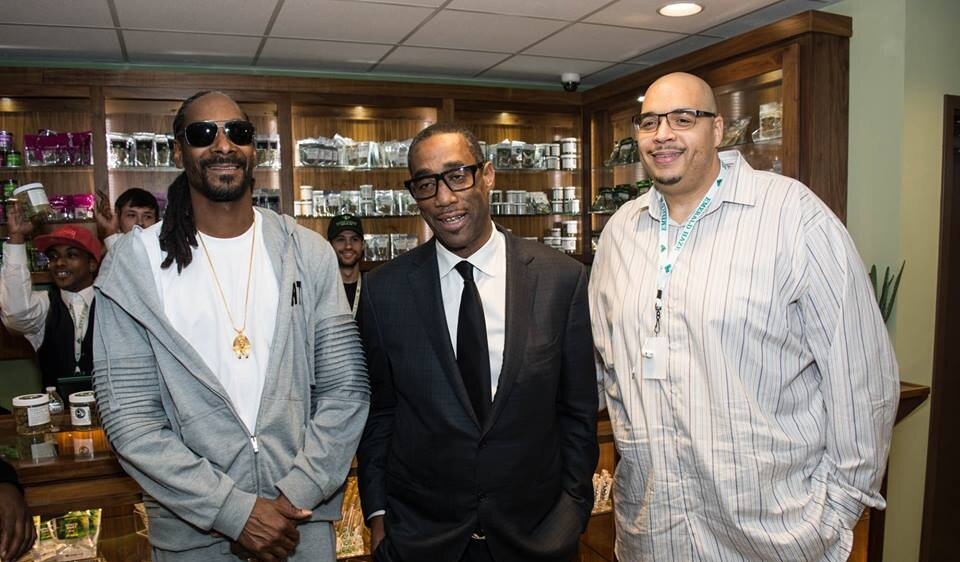 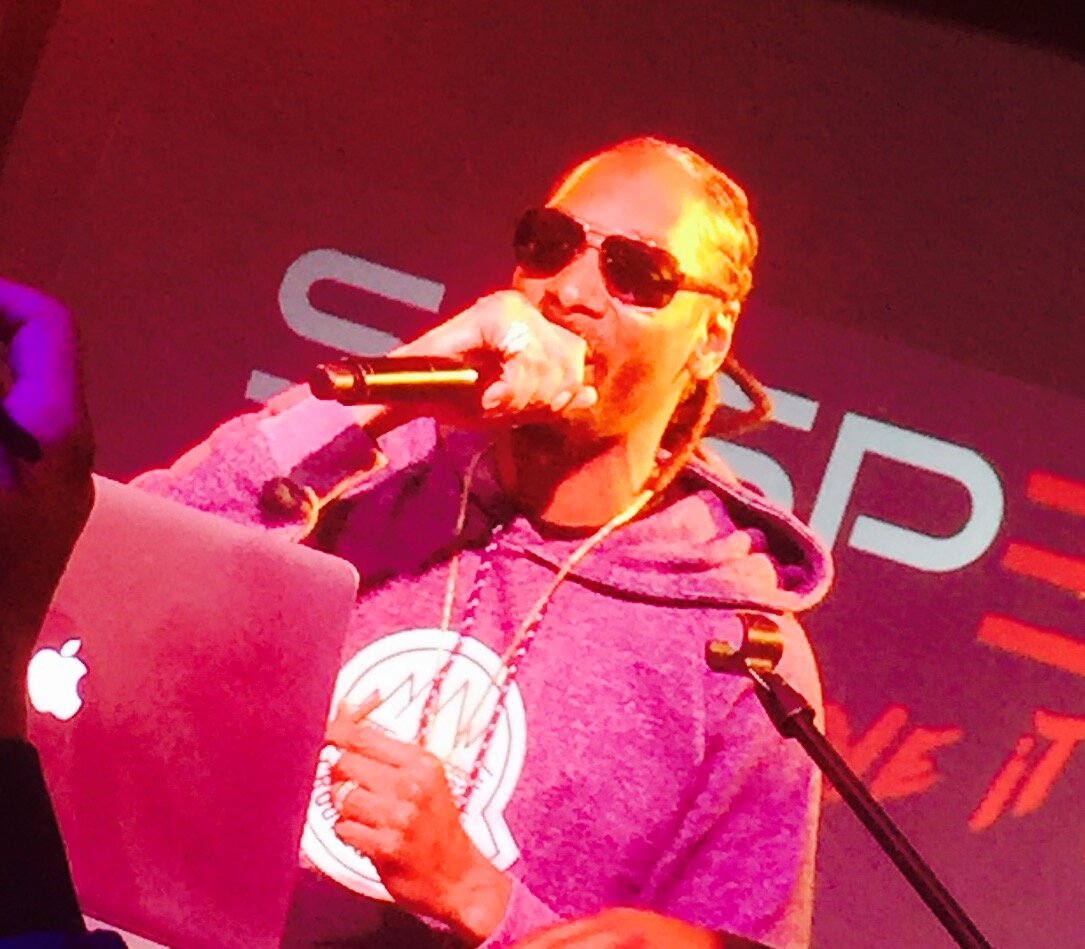 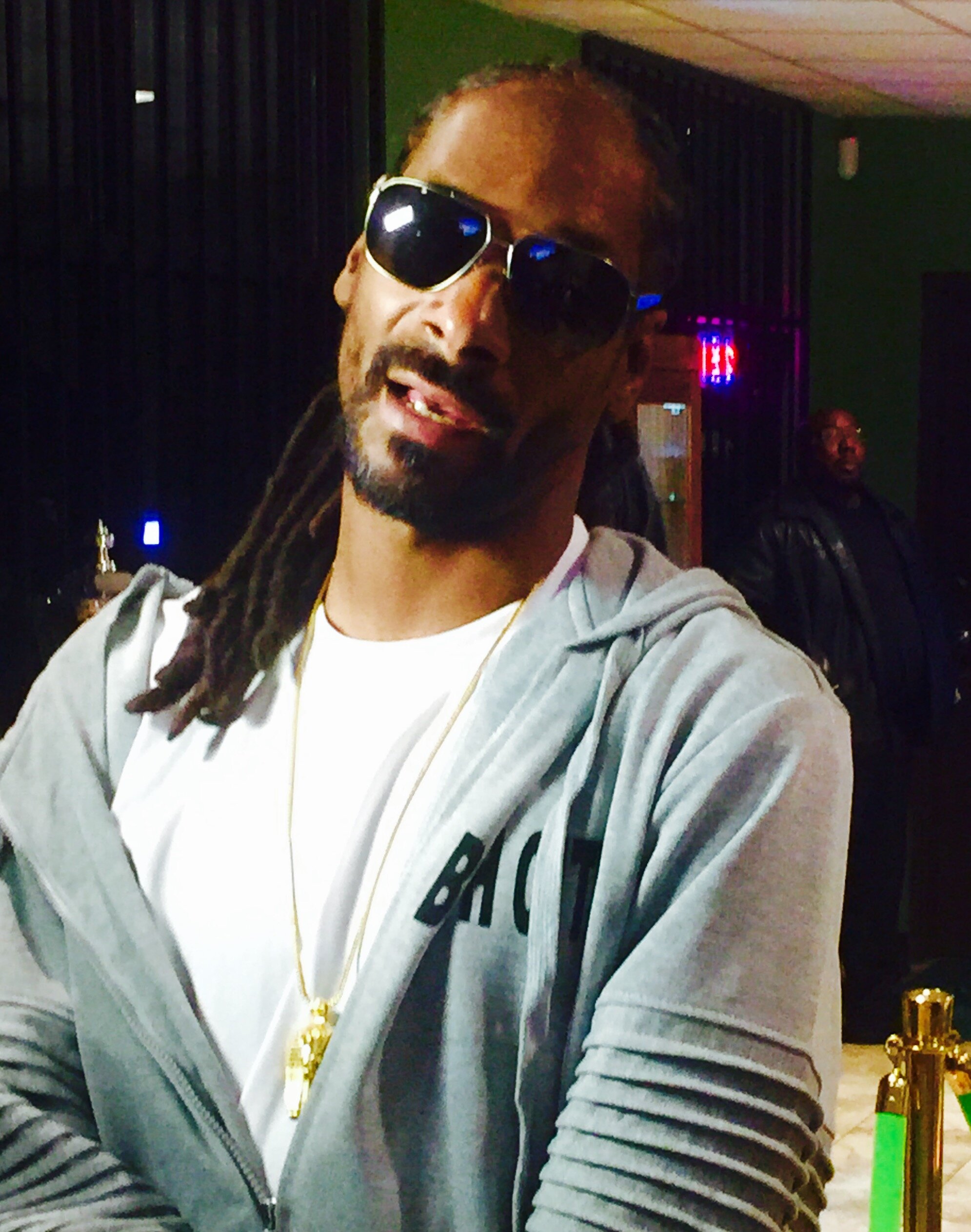 The Seattle Seahawks (8-5) continued their winning ways Sunday with an impressive 35 to 6 win over the Baltimore Ravens (4-9) in Baltimore Sunday in front of 71,179 fans. The fourth consecutive win by the two-time defending NFC West Champions was not without heart break. A visit by the injury bug saw rookie sensation Thomas Rawls season come to a disappointing end. Rawls suffered a broken left ankle after being tackled in the teams first drive of the game and is out for the season. Strong safety Kam Chancellor missed the last three quarters of the game after bruising his tailbone in the first quarter.

Despite the injuries, the Seahawks showed that they are on a mission and ready to take all comers. If Carolina quarterback Cam Newton is Superman then the Seahawks dynamic duo of Russell Wilson and Doug Baldwin are Batman and Robin. In the last four games, Wilson has thrown 16 touchdowns passes for 1,171 yards and zero interceptions. Baldwin has eight TD catches in the past three games. With Sundays five TD passes, Wilson set an NFL record for being the only quarterback in NFL history to have four consecutive games with at least three passing touchdowns, a 70 percent completion rate and no interceptions.

It’s been amazing the past few weeks,” Seahawks wideoutDoug Baldwin told Seahawks.com after the game. Baldwin was on the receiving end of three of Wilson’s five scoring strikes against the Ravens to become the first player in franchise history with two-plus touchdowns in three-straight games. “I’ve got to give a lot of credit to Russ, he’s playing unbelievable. I know he’ll come up here and he’ll say that nothing’s different, but he’s playing his tail off. He’ll be humble with it, but I can’t say enough about what he’s doing right now. It’s Russ.”
Rookie standout Tyler Lockett was on the receiving end of two Wilson TD passes on Sunday giving him five for the season and making him just the second rookie in NFL history ( Gale Sayers, 1965) with five or more TD catches. Lockett also has one kick-return TF and one punt-return TD this season.

Sundays win by the streaking Seahawks was not just about the offense. The Seahawks defense allowed Baltimore just 28 rushing yards Sunday which is a season low for an opponent. The week before the Seahawks held the Minnesota Vikings to just 31rushing yards. In the last four games the Seattle defense has held each opponent to under 60 rushing yards. The stout effort by the defense earned high praise from Head Coach Peter Carroll after the game.
“For the defense to not give up a touchdown again, two weeks back-to-back, that’s really special stuff,” Carroll said. “Nothing rushing today, just a really good job, and that’s what we set out to do.”

Seattle returns to the friendly confines of Century Link Field for two home against Cleveland ( Dec. 20th) and St. Louis (Dec. 27th) before finishing the season with a road game at Arizona on Jan 3rd 2016. 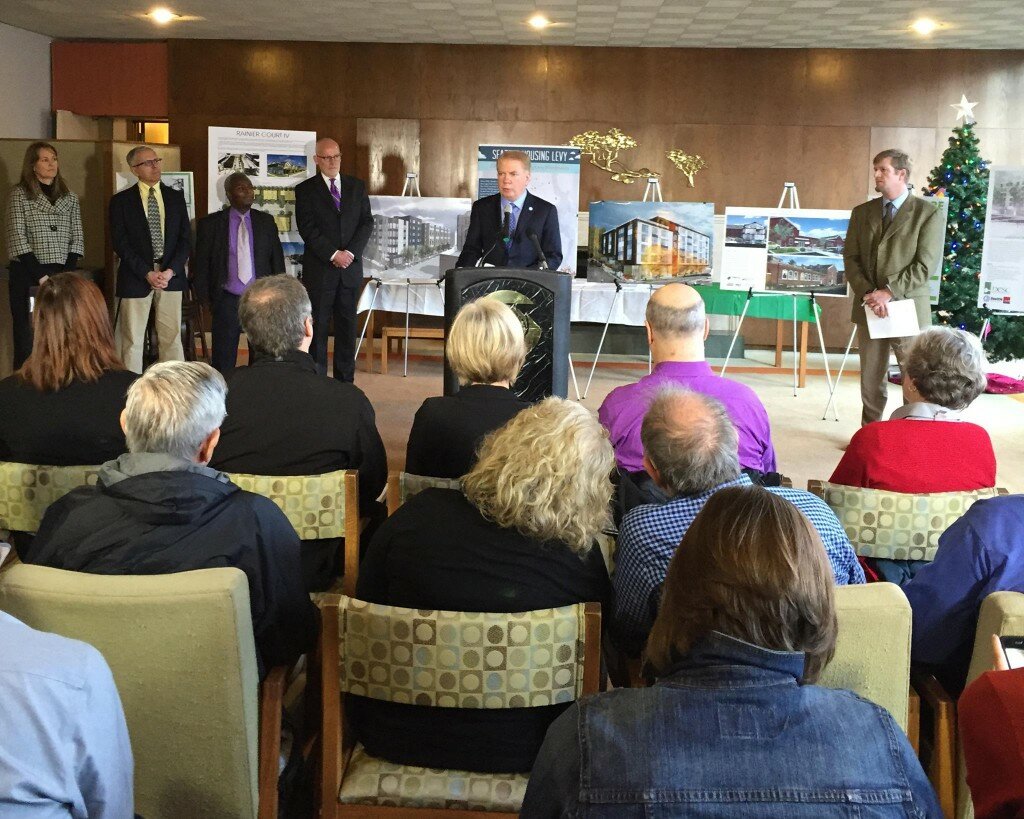 This week, Mayor Murray announced the City of Seattle’s $45 million investment in affordable housing development through the Office of Housing’s Rental Housing Program. Once completed, these 809 apartments will be home to low-income families, youth, seniors, and single adults, some of whom would otherwise be homeless.

The 2015 award is the City’s largest ever investment in affordable housing. In his 2015 State of the City address, Murray also pledged $35 million to implement the recommendations of Seattle’s Housing Affordability and Livability Agenda (HALA) advisory committee. 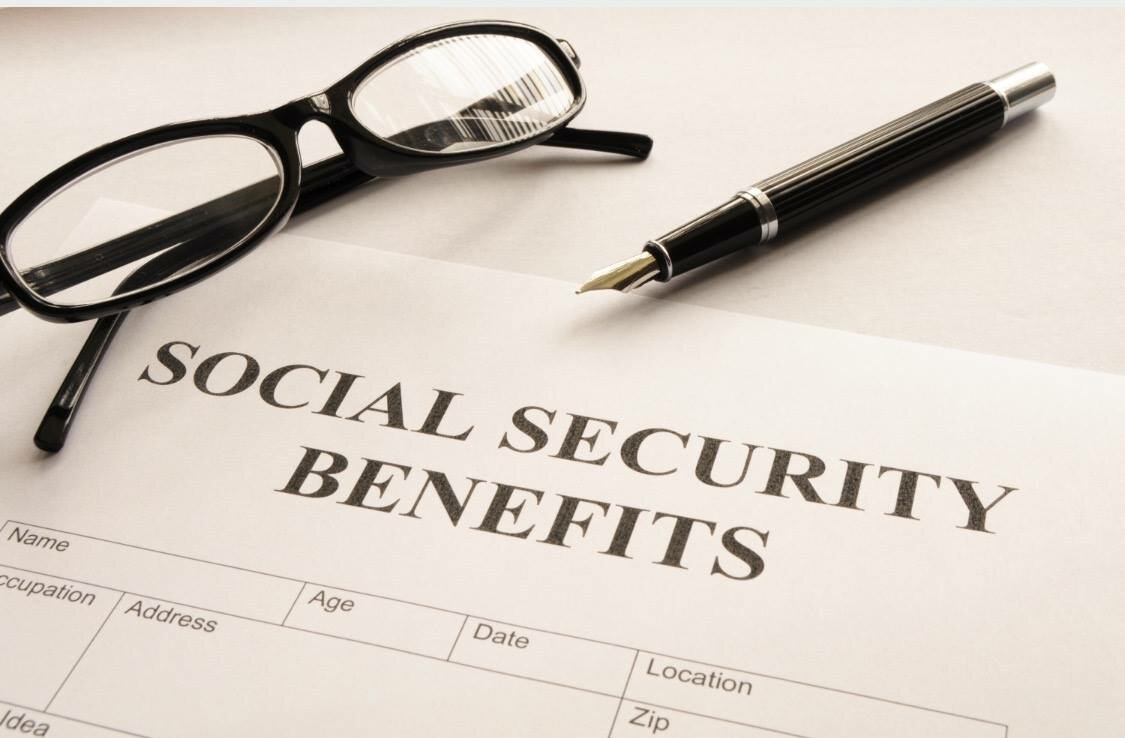 During the past three decades the American people have been kept in the dark about the true status of the Social Security program. Politicians, from both political parties, give out false and conflicting information on a regular basis, and nobody knows who to believe. At the Republican presidential debate, held in Boulder, Colorado, on the night of October 28, 2015, New Jersey governor, Chris Christie, shocked a lot of people when he said, “Let me be honest with the people who are watching at home. The government has lied to you and they have stolen from you. They told you that your Social Security money is in a trust fund. All that’s in the trust fund is a pile of IOUs for money they spent on something else a long time ago.”

As an economist, who has devoted the past 15 years of my life to researching and writing about Social Security’s financial problems, I was not at all shocked by Governor Christie’s words. He just told it like it is, just as I have been doing for the past 15 years. There is no question about the truth of Christie’s assertion that the trust fund holds no real assets. Anyone can prove that point by simply checking the annual budgets of the federal government for the years 1984 to 2010, when the surpluses ended. These budgets make it clear that all of the surplus Social Security revenue was spent, and none of it was saved. In each year, the government spent all of its general revenue, plus all of the surplus Social Security revenue, and still had to borrow money to make ends meet.

As the government spent the Social Security surplus money, the actual money was replaced with IOUs, which the government calls “special issues of the Treasury.” The public has been led to believe that the IOUs are real bonds, just like the marketable Treasury bonds held by China, and our other creditors. But the IOUs are not at all like the marketable Treasury bonds. They cannot be sold or used to pay benefits. They represent only an accounting record of how much Social Security money has been spent on other things.

In 2015, the cost of paying full Social Security benefits was $84 billion more than Social Security revenue and the gap between revenue and benefit costs will become larger and larger in the years ahead. Since there is nothing of value in the trust fund, the government must borrow the needed money from China, or one of our other creditors, to fill the gap between costs and benefits. The ability of the United States government to borrow money is not without limits. If in a future year the government is unable to borrow the money it needs to fill the gap, Social Security benefits will have to be reduced.

If the surplus Social Security revenue, generated by the 1983 payroll tax hike had been saved and invested in marketable U.S. Treasury bonds, there would be $2.7 trillion of “good-as-gold” marketable Treasury bonds in the trust fund which could have been resold to raise money with which to pay benefits to the baby boomers. But none of the surplus money was saved and invested. Every dollar of the surplus Social Security revenue was channeled directly into the general fund where it was spent as general revenue on whatever the government chose to spend it on. The bottom line is that the trust fund holds nothing of value which can be sold to raise money. The $2.7 trillion, that was supposed to be available for paying benefits to the boomers, was instead looted by the government and spent for non-Social Security purposes. 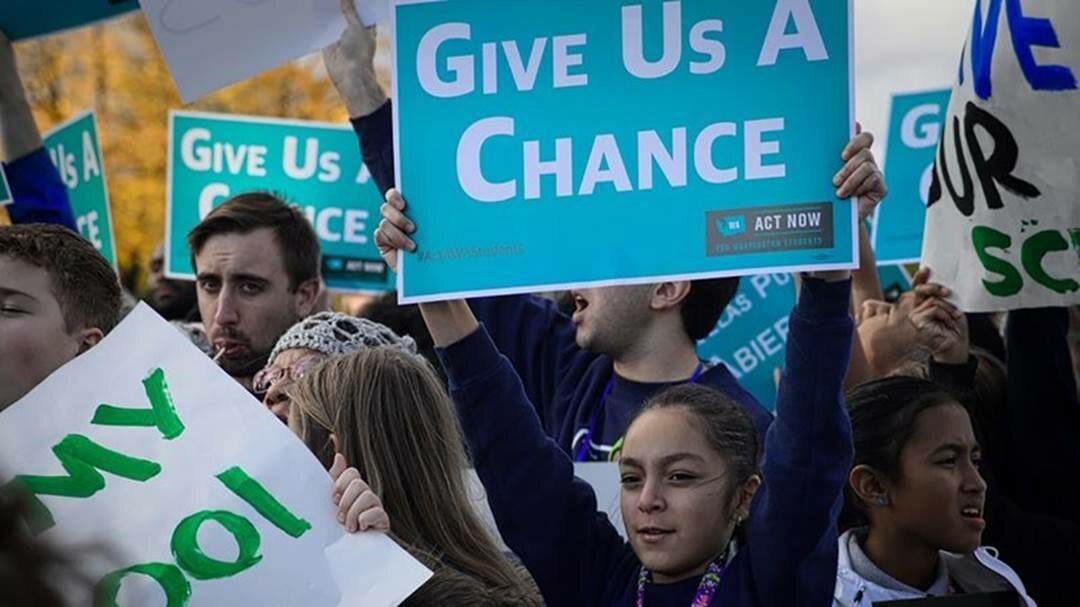 What would you tell your child if they had to start over? If the friends they made would no longer be in the same classroom the next morning? If the teacher they grew to love didn’t show up the next day? What would you say to your kid if a group of judges decided to shut down their school due to a legal loophole?

When the Washington State Supreme Court ruled that public charter schools were no longer eligible for state funding, it signaled to thousands of low-income families that the judges alone know what’s best in the classroom, that the will of millions of voters isn’t valid and that one-size-fits-all education is the law of the land in Washington state.

If we act now we can fix this but I need your help. Please, take a few seconds to sign the Act Now for WA Students petition that’s trending on Change.org.

Washington voters made these innovative public schools possible, creating real opportunities for children who had been failed by decades of de facto segregation and inequity. This isn’t just an education issue, it’s a social justice issue. Seventy percent of the kids in public charter schools come from families of color and more than half qualify for lunch subsidies.

We need your help to call on our elected leaders to confront this legal challenge to Washington’s public schools. Olympia cannot stand by and let the courts deny Washington’s children real opportunity. Our state made a commitment to the children already enrolled in public charter schools and the many more still waiting in line. It’s time to deliver on that promise. 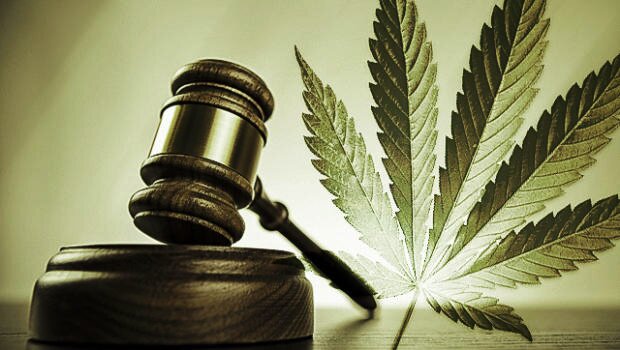 Businesses must be licensed and meet county and state requirements

The County Council this afternoon repealed its de facto ban on marijuana production and sales in unincorporated areas. The bill changes the conditional use permit process by eliminating a requirement that sellers prove the sale of marijuana is not a Schedule 1 drug under the Federal Controlled Substance Act. In addition, marijuana retailers are no longer required to operate in stand-alone buildings.

The changes were sponsored by Council Members Young, Ladenburg and Talbert.

“These amendments fulfill a commitment I made during the campaign,” stated Council Member Young. “I’ve been working hard to give citizens what they voted for. At the same time, I want to make sure strong regulations are in place and enforced,” Young continued. “In February, the second largest marijuana grow operation in Pierce County history was busted next door to a day care center in my community. The regulation of a legal market will make sure that doesn’t happen again.”

Last summer, the county sent letters to marijuana dispensaries in Pierce County telling them they had until July 1, 2016 to get a state license or cease operation. However, before today’s amendments were approved by the council, sellers could not satisfy the part of the ordinance concerning the federal ban even when they were in possession of a state license. The bill removes that requirement.

Dispensaries must also apply for a county conditional use permit by the July 1 deadline.

“If a marijuana business is licensed and follows the rules, it should be able to operate in Pierce County,” said Young. “I’d rather see taxes from legal sales go to making this a better community, than illegal sales lining the pockets of a street dealer.”

The revised ordinance becomes law 10 days after being signed by the county executive.

2 Those who walk uprightly enter into peace; they find restas they lie in death. 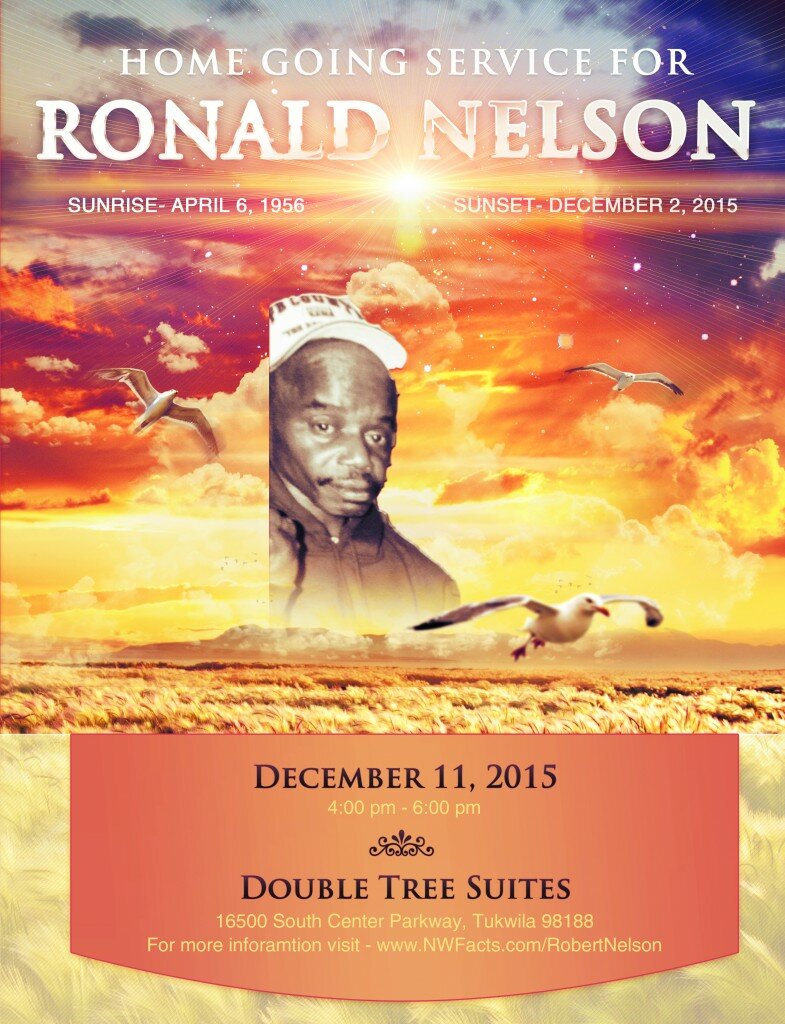