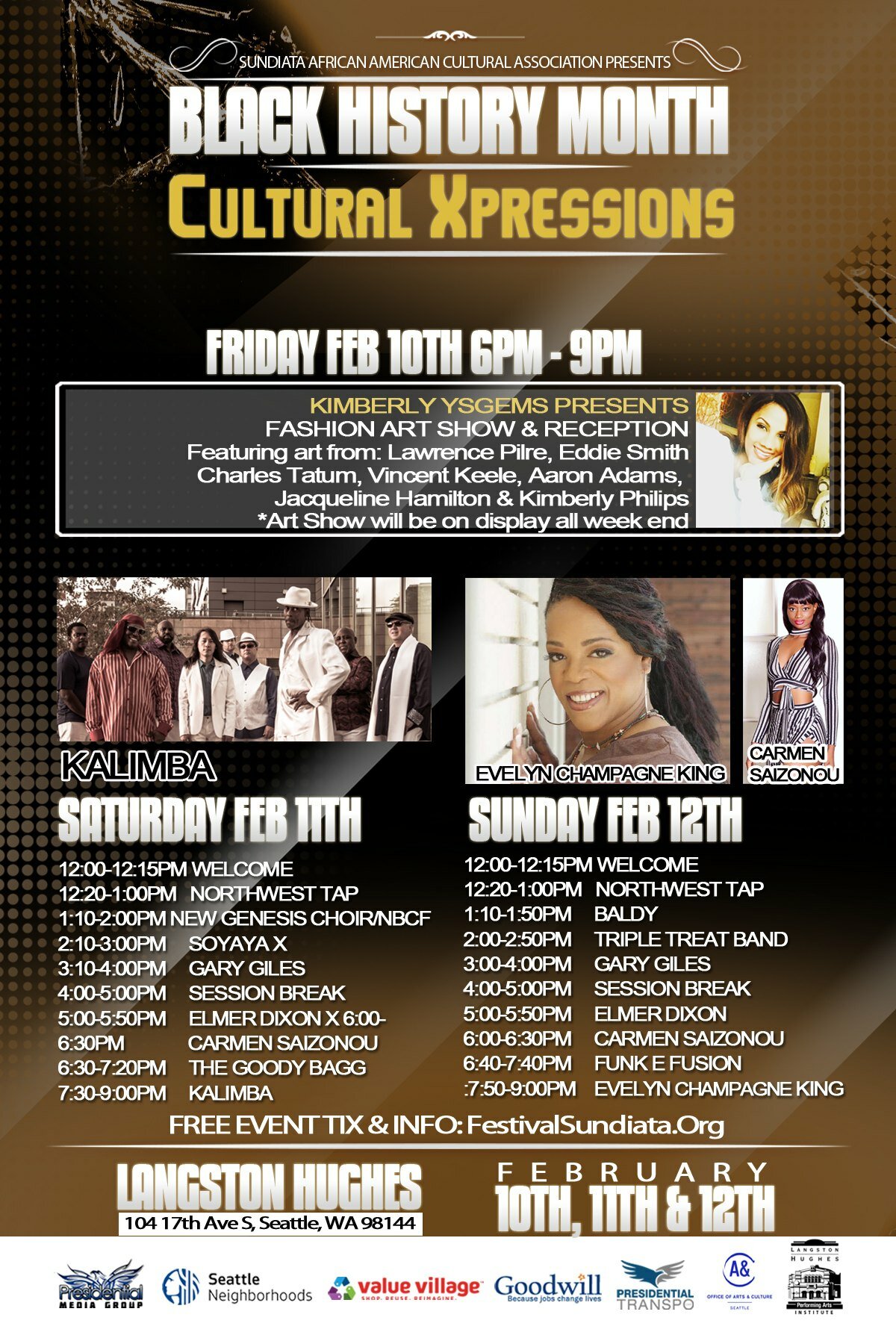 Seattle Parks and Recreation is committed to utilizing Seattle’s parks, community centers, and greenspaces to promote and sustain racial equity in our city. At Seattle Parks and Recreation, we know that access to green space and community center activities are vital ways to keep communities healthy, strong, and supported. Yet in our city we know that these resources are not distributed equally to all Seattle residents. With an increasingly diverse Seattle, we work to make sure our programs and services are available to everyone by focusing on the following:

Investing in Youth of Color:

·         SPR Community Learning Centers combat summer learning loss with 5+ week summer academic and enrichment programming for students who are at risk of falling behind or failing courses, many of whom are students of color. In 2016, the program served more than 900 students with all students meeting their academic performance goals.

·         Our Summer Food and Expanded Recreation Program offers free lunches and free drop-in activities to youth during the summer months. Programming helps ensure that vulnerable youth have access to healthy meals during the summer. In 2016, together with the United Way, we served over 40,000 meals at over 20 sites across the city.

·         SPR partners to annually put on the teen summer musical Peter Pan, “My Brother’s Keeper”. This year, 88 young people enjoyed a nine-week theatrical journey full acting, song, dance and discovery through this program which is geared toward youth of color.

·         SPR wants all of Seattle’s residents to have access to recreation, and provides Scholarships to individuals and families for our programs and activities. We have processed 5,167 scholarships for the June 2016-June 2017 cycle.

·         Beginning January 2017, we have eliminated fees for most drop-in activities, including Tot Gyms, Fitness Rooms, Basketball, and many others.

·         We are extending hours at community centers in underserved neighborhoods to see how we can reduce barriers to utilizing our facilities and services. Community centers with expanded hours include International District/Chinatown, Magnuson, Miller, South Park, Yesler and Van Asselt community centers.

·         Our Food and Fitness program, funded in part by the Seattle Park District, provides opportunities for older adults to congregate and celebrate their culture and language through weekly gatherings that include a communal lunch and a social, educational and fitness component. We currently offer an East African and a Vietnamese meetup.

·         We offer Women’s Single Gender Swims at three of our eight indoor pools for women who, for cultural, personal or religious reasons, choose not to swim in a co-ed environment.

·         SPR’s Get Moving and Recreation for All programs fund culturally relevant physical and enrichment programming to under resourced communities and in neighborhoods where health disparities are prevalent.

Seattle Sounders FC continued their offseason retooling with the club announcing the signing of  Swedish midfielder Gustav Svensson Tuesday afternoon.  The 29-year-old comes to Seattle following a 10-year career in Sweden, Turkey, Ukraine and China, where he most recently played with Guangzhou R&F of the Chinese Super League.

Svensson will join the Sounders in Tucson, Arizona where the Rave Green have begun its preseason workouts sponsored by Adidas. Svensson is expected to bring versatility to a midfield that has seen the acquisition of Harry Shipp and the departures of  Erik Friberg and Andreas Ivanschitz.

Memberships, including new seat options in the upper bowl, are still available by calling 877-MLS-GOAL or emailing Sales@SoundersFC.com. Complete information on all Sounders FC ticket packages can be found at SoundersFC.com/Tickets.

Mayor Murray met with mayors from across the country at the U.S. Conference of Mayor’s to discuss how cities can work together to advance progressive policies under the new administration. Mayor Murray discussed Seattle’s status as a welcoming city for immigrants and refugees, the need to continue advocating for LGBTQ rights, and the importance of preserving the Affordable Care Act. Mayor Murray also participated in a panel discussion hosted by the Center for American Progress about the role of mayors and cities in leading a new political movement. Watch the discussion here.

Joined by Seattle Police Chief Kathleen O’Toole, Mayor Murray reiterated Seattle’s commitment to protecting all Seattle residents regardless of immigration status. Seattle Police will never ask about immigration status and will not assist in deportation proceedings. City staff will also never ask about immigration status when delivering services to the public. These commitments ensure that no resident has to be afraid to access emergency services or seek assistance from the City. Mayor Murray joined several other mayors in signing a resolution calling on the new administration to support undocumented youth and the Deferred Action for Childhood Arrivals (DACA) policy. 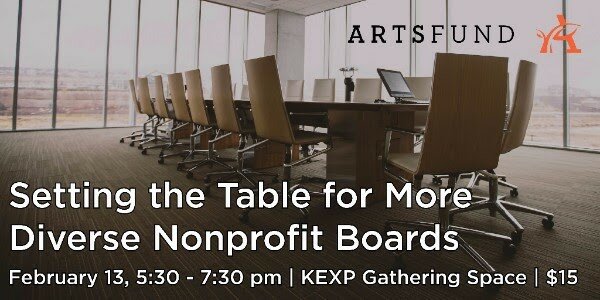 Join ArtsFund for an evening focused on expanding racial, ethnic, and cultural diversity in civic and cultural board leadership. Mid-career professionals of color interested in arts board service—this event is for you. Community leaders will share personal experiences in a candid discussion of paths to leadership, overcoming barriers to participation, and how to promote a board culture of inclusiveness.  The panel discussion will be followed by the opportunity to talk with arts and cultural organizations currently seeking to increase their board representation by people of color.  This event will take place at the KEXP Gathering Space on February 13th from 5:30-7:30pm – for more information, visit http://www.artsfund.org/events/setting-the-table

Themed “The Emerald City,” this year’s soiree will include a night of live music, performances, honorarium, keynote speakers, catered dinner, and more. We will also be continuing our tradition of recognizing ten exemplary high school students, with the hopes of inspiring them to attend the University of Washington.
Please mark you calendar for Saturday, February 4th at 6:00pm, in the Husky Union Building  South Ballroom. 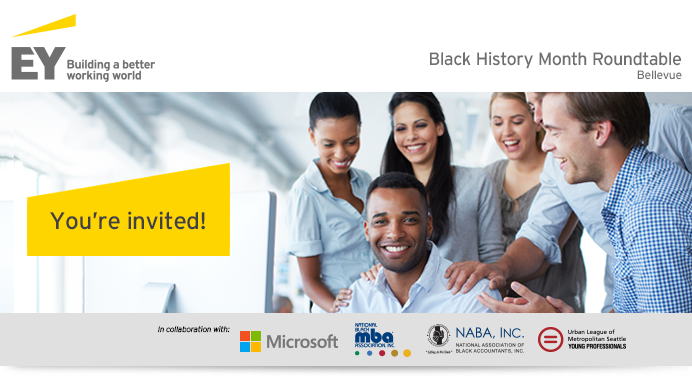 In celebration of Black History Month, EY and Microsoft will host its annual inspirational Black History Month Executive Roundtable event in Bellevue (WA). Consistent with our steadfast commitment to inclusive teaming and leadership, this year’s theme is the Business of Belonging, which we believe is essential as businesses increasingly focus on ensuring their people feel safe, valued, understood and included.

This event will serve as an opportunity to learn from seasoned business leaders, and network with EY professionals, clients and members of our communities. We are excited to host this event again and look forward to an empowering and fruitful evening.

Starbucks, the Schultz Family Foundation, Microsoft and Dick’s Drive-In to celebrate the No Child Sleeps Outside Campaign raising $4.5 million in 30 days for Mary’s Place, the region’s largest family emergency shelter provider. The generosity of more than 50 local businesses, organizations, foundations, and thousands of people giving online and in Starbucks stores will change the lives of hundreds of families living without shelter.

Mary’s Place will open three family shelters and serve as many as 500 unsheltered families over the next nine months using these funds. This type of exceptional collaboration between the private and nonprofit sectors is instrumental in addressing the humanitarian crisis of homelessness.

The Rev. Irene Monroe is determined to get the message out. Hand the plain-spoken theologian a microphone, and before you know it, she’s got a national radio show; pass her a keyboard, and out pours a commentary that is syndicated in papers across the country.

Monroe, an African American, feminist, ordained minister and motivational speaker, wants the public to understand the role that religion plays in discrimination against people from minority cultures. She does not believe Christianity is inherently intolerant, and she certainly does not want to see it used to oppress those who are not like ourselves.

On Tuesday, Feb. 7, 2017, the Rev. Irene Monroe will share her perspectives with Tacoma audiences by presenting the talk “From Stonewall to Pulse: The Intersections of Race, Sexuality, and Religion.” The spring Swope Lecture will begin at 7:30 p.m. in Schneebeck Concert Hall, near Union Avenue and N. 14th St., on the University of Puget Sound campus. A reception will follow in the Tahoma Room, Thomas Hall. Everyone is welcome and the event is free, however tickets are required. See below for more information.

Monroe is a syndicated religion columnist, a radio show host, television commentator, and Huffington Post blogger. She co-hosts the show All Revved Up on Boston Public Radio and appears in a weekly television segment called The Take, covering the latest pop-culture headlines, on New England cable channel NECN.

Described in O, The Oprah Magazine, as “a phenomenal woman who has succeeded against all odds,” Monroe is a sought-after speaker and a columnist for newspapers across the country, in the United Kingdom, and in Canada. As a writer, Monroe says, she tries to inform the public on the role that religion plays in discrimination against lesbian, gay, bisexual, transgender, and queer people.

”Because homophobia is both a hatred of the ‘other’ and it’s usually acted upon ‘in the name of religion,’ . . . I aim to highlight how religious intolerance and fundamentalism not only shatters the goal of American democracy, but also aids in perpetuating other forms of oppression such as racism, sexism, classism, and anti-Semitism,” she writes.

Asked by the Outtake Voices radio series host how African-American communities, who have themselves faced discrimination, can be won over to support the civil rights of the LGBT community, Monroe commented:

“We need more churches (that) open their doors to the entire community. One of the things that the black church talks about is that being gay brings about the demise of the black family. The thing is that the black family is same-gender couples, it’s a grandma raising a grandson, it’s certainly a male and female. We have always had alternative types of family as a form of liberation and struggle against discrimination in this country. We’ve had to do it as a form of survival.”

Monroe has been widely honored for her work with minority communities and her efforts to win them equal rights. She was chosen by MSNBC as one of “10 Black Women You Should Know,” and she has been profiled in O, The Oprah Magazine, on CNN’s Paula Zahn Now show, and on CNN headline news. She is the recipient of awards including: the 2015 Top 25 LGBT Power Players of New England Award, from Boston Spirit Magazine; an Open Door Award, for services to the community; the 2013 Bayard Rustin Service Award; and the  2012 Spirit of Justice Award, from GLAD (GLBTQ Legal Advocates & Defenders). She appeared in the documentary film For the Bible Tells Me So and was profiled in the “Gay Pride” episode of PBS’s In the Life.

A native of Brooklyn, N.Y., Monroe was a graduate of Wellesley College and Union Theological Seminary at Columbia University, before enrolling at Harvard Divinity School for her doctorate as a Ford Fellow.

The Jane Hammer Swope Lectureship on Ethics, Religion, Faith, and Values aims to promote discussion, critical thinking, and ethical inquiry about matters of religion, including its role in public life and contemporary ethics. The lectureship was established at Puget Sound through a gift from Maj. Ianthe Swope in honor of her mother, Jane Hammer Swope.

FOR TICKETS: Admission is free, but tickets are required. Tickets are available online at tickets.pugetsound.edu, or at Wheelock Information Center, 253.879.3100.

For directions and a map of the University of Puget Sound campus: pugetsound.edu/directions 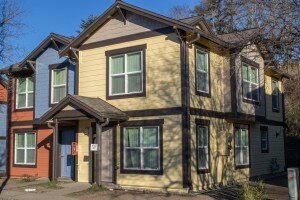 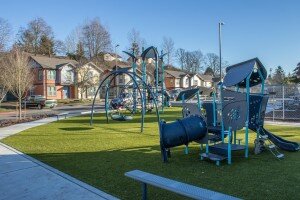 A rededication to the community to its namesake, Thomas Dixon, and a celebration of his life and achievements. Mr. Dixon has been an influential community voice for over 40 years who helped bring Tacoma into the civil rights era. As part of that work, he led the Tacoma Urban League as its Executive Director for three decades.