You are here: Home / Featured Stories / How About Those SEAHAWKS – Seattle Seahawks 1-2 Going Into WEEK 4 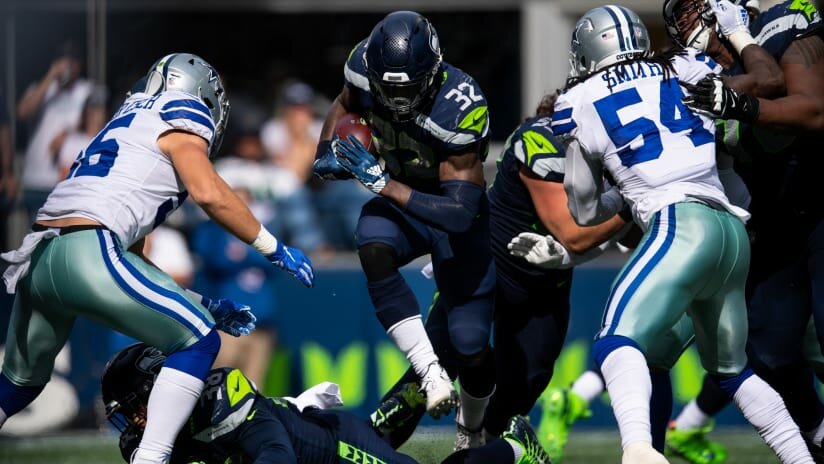 Seattle Seahawks running back Chris Carson had himself a ballgame Sunday afternoon against the Dallas Cowboys. From the first snap of the game, Carson remained steady, logging 102 total yards on 32 carries and a touchdown in his Week 3 performance.
The second-year back scored the first rushing touchdown of his career on a five-yard run in the fourth quarter to effectively seal the win for the Seahawks.While Seattle’s run game struggled in the first two games of the season, the Seahawks posted a total of 113 yards rushing on 39 attempts on Sunday.

In the air attack, quarterback Russell Wilson completed 12 of 20 attempts for 145 yards, with a 52-yard touchdown to Tyler Lockett and a 16-yard strike to Jaron Brown.

A huge part of Wilson’s success can be credited to his pass coverage. After allowing a league-high 13 sacks through the first two games, Seattle’s offensive line did not allow a sack in the first half.

The Seahawks had a new look up front, with J.R Sweezy sliding over to the left side in place of Ethan Pocic, who was out with a knee injury. D.J. Fluker made his regular-season debut at right guard, and Joey Hunt started at center, filling in for Justin Britt.

A strong second half from the offensive line should help Seattle avoid an 0-3 start with a victory in their home opener. 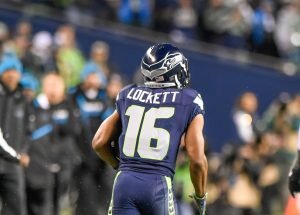 Lockett has 12 receptions for 196 yards and three touchdowns in 2018. The three touchdowns match his total from the last two years combined and it’s now only three games into the season. His 16.3 yards per reception would be a career-high, should it hold up.

The big play has been Lockett’s friend so far in 2018, as he has two touchdowns for 50+ yards. The first one came in Seattle’s opener, a 51-yard strike down the middle. The second one came on Sunday, when Seattle took advantage of Dallas safety Jeff Heath’s absence and targeted Lockett down the sideline for an easy score.

The Seattle Seahawks head to the desert this weekend to face the Arizona Cardinals for their third road trip of the season. Seattle’s defense will now be preparing to square off against a rookie quarterback.