You are here: Home / Archives for Entertainment / Nightclubs

The biggest selling instrumental musician of the modern era and one of the best-selling artists of all-time returns with Brazilian Nights, his all-new salute to Bossa Nova.
www.Jazzalley.com

Celebrating 41 years, Klugh is a master of nylon acoustic guitar and fingerstyle technique. “…a guitarist with impeccable technique.” – The New York Times
https://www.jazzalley.com/

Tue, Apr 25 – Thu, Apr 27, 2017
Star Tribune exclaims, “Wright is equally capable of impressing a distinctive original on your memory bank or reorienting a familiar contemporary song via her personalized treatment and testimony, which ranges naturally through gospel, folk, jazz and R&B idioms.”
https://www.jazzalley.com/

The Pacific Jazz Institute at Dimitriou’s Jazz Alley presents jazz vocalist and
pianist Rachelle Ferrell for four nights and six shows. Band members are TBA. Set times FEB 2- FEB 5TH Thursday and Sunday at 7:30pm. Set times Friday and Saturday at 7:30pm and 9:30pm. Doors open at 6:00pm Thursday and 5:30pm
Friday – Sunday.
artist info
Rachelle Ferrell is a recent arrival on the contemporary jazz scene, but her visibility on the pop/urban contemporary scene has boosted her audience’s interest in her jazz recordings. Ferrell has made her mark not as a straight-ahead jazz singer and pianist, but as a crossover artist whose equally at home with urban contemporary pop, gospel, classical music and jazz.

Though she is largely obscure outside of jazz circles, Rachelle Ferrell is unquestionably one of the most dynamic talents in contemporary pop music. Very few vocal artists in the industry have Ferrell’s potent combination of range, phrasing, and musicianship as well as an accomplished pianist. Such potency was made powerfully aware to Blue Note Record’s executive Bruce Lundvall who first heard Ferrell on a demo tape and signed her shortly thereafter in 1990 upon seeing her perform in Germantown, Pennsylvania. So impressed was Lundvall with her talents, that he signed Ferrell to both the Blue Note Label and the Capitol Label allowing her to funnel her talents through the prism of traditional jazz and R&B. In short, Rachelle Ferrell’s talents transcend generic classification. Lundvall quickly set out to plan Ferrell’s coming out party via a showcase at the 1991 Montreux Jazz Festival. In the past, the showcase was used to introduced the talents of Dianne Reeves (also signed to both labels), Stanley Jordan, and Gonzalo Rubalcaba. Live at Montreux 91-97 captures Ferrell’s moving debut at Montreux in July of 1991 and subsequent performances at the venue throughout the decade of the 1990s.

Ferrell sang backup for Lou Rawls, Patti LaBelle, Vanessa Williams and George Duke to name a few. Her prolific songwriting abilities and ability to accompany herself on piano seem only to further her natural talent as a vocalist

Shyan Selah is returning to Seattle for a very special event hosted by Cafe Noir Tour sponsor, Goorin Bros. Hats, exclusively for Shyan Selah fans and BNW VIPs.
This event will also include special discounts of high-end hater from Goorin Bros. and a premium whiskey tasting from Tatoosh Distillery & Spirits.
This event is free for our exclusive 21+ VIPS. Light appetizers and cocktails will be provided. Space is limited. Please click the RSVP button below to confirm attendance and number in your party. Contact with any additional questions. We look forward to seeing you!

This is not a normal show – This is the infamous Super Funny Comedy Show’s first time doing a holiday show in December!

I’ve been blessed with the coveted opportunity to be apart of Nick Cannon’s Wildn’ Out on MTV and it wouldn’t be right if I didn’t bring my new friends and veteran cast mates back to my home region with me to perform at the Super Funny Comedy Show.

I was slammed with other things and this email blast got pushed back a few days after the first show announcements on other social media outlets… so, at the time of your reading this for the first time, know that tickets are already moving. Basically, because I’m late, you might have to hurry 😉 Don’t be mad at me, just click the button below and secure your tickets to the show — There are tickets available for both VIP and General tickets, so get yours today!

All-Star Line Up featuring stars of today and tomorrow from Film, TV, and the Internet! What more is there to say… Get your tickets and come get your laugh on!

Doors open at 7. Showtime is 8pm. This is a 21+ up event. Get your tickets by clicking the button below. Official after party information TBA.

For more info go to www.superfunnycomedyshow.com

October 8 @ 8:00 pmPONCHO Concert Hall, Kerry Hall, Cornish College of the Arts
Steve Lehman Trio
The dazzling alto saxophone vanguardist — acclaimed as “one of the transforming figures of early 21st century jazz” by The Guardian — appears with bassist Matt Brewer and drummer Damion Reid to play what the Penguin Guide to Jazz calls “music of genuinely visionary importance, a way forward for the art.” (Presented with support from Chamber Music America. Co-presented with Cornish Presents.)…

October 9 @ 8:00 pm PONCHO Concert Hall, Kerry Hall, Cornish College of the Arts
Fred Hersch
“One of the small handful of brilliant musicians of his generation” (DownBeat), the refined, romantic pianist — “perfection,” says his equally renowned contemporary Jason Moran — has led a musical life unlike any other. This is a rare opportunity to be in a small concert hall with a gorgeous 9’ Steinway and a brilliant pianist. (Co-presented with Cornish Presents.)…

October 11 @ 8:00 pmPONCHO Concert Hall, Kerry Hall, Cornish College of the Arts
Kris Davis & Craig Taborn Duo
Two of the most thoughtful, skillful, and forward-moving piano individualists on the current New York scene combine. Sponsored by the Shifting Foundation, the two-piano duo recorded a forthcoming album that Davis calls “one of those rare moments that felt like we’ve been playing together for years.” (Co-presented with Cornish Presents.)…

October 16 @ 7:30 pmTula’s
Itamar Borochov Quartet
This trumpeter from the integrated Israeli city of Jaffa inflects jazz tradition with Arab and pan-African sensibilities. A veteran of the group Yemen Blues, Borochov has chops in rock, classical, and tonight’s mainstream jazz. His quartet includes pianist Michael King, bassist Avri Borochov, and drummer Jay Sawyer. (Supported by the Consulate General of Israel to the Pacific Northwest.)…

October 20 @ 8:00 pmPONCHO Concert Hall, Kerry Hall, Cornish College of the Arts
Takuya Kuroda Group
On the heels of his second Blue Note Records release, the forward-thinking trumpeter from Kobe, Japan, has staked a claim on distinctive mixes of post-bop and adventurous soul-jazz. His studies at Berklee and the New School Jazz and Contemporary Music program, and his astute collaborations with José James and others, are bringing him to the vanguard of nu-jazz funk. (Co-presented with Cornish Presents.)…

October 21 @ 7:30 pmTula’s
Bill Anschell CD Release Party
JazzTimes wrote of the leader, who is one of the finest jazz musicians to emerge from Seattle: “No matter where Anschell plays on the keyboard, he sounds like no other pianist.” He presents his thoughtful, deeply engaging compositions for trio and quartet in celebration of his new release….

October 21 @ 8:00 pmSeattle Art Museum (Downtown)
Rudresh Mahanthappa Bird Calls
The revered alto saxophonist, among the leading jazz innovators of his generation, tributes Charlie “Bird” Parker in a quintet of today’s top New York artists. By emulating the bebop master’s dexterity and drive while retaining only fractions of his original tunes, he reconfigures Parker’s melodies and harmonies into scales and harmonies distinctly his own. This music moves fast! (Presented with support from Chamber Music America.)…

October 22 @ 7:30 pmTula’s
Bill Anschell CD Release Party
JazzTimes wrote of the leader, who is one of the finest jazz musicians to emerge from Seattle: “No matter where Anschell plays on the keyboard, he sounds like no other pianist.” He presents his thoughtful, deeply engaging compositions for trio and quartet in celebration of his new release….

October 27 @ 8:00 pmThe Royal Room
Rez Abbasi Quartet
Now a fixture in best-jazz-guitarist polls, Abbasi “sounds like no one who has gone before him” as he performs with “sheer genius,” his music “so vivid…that it can almost be tasted” (All About Jazz). His riveting quartet has Mark Shim (tenor saxophone), Ben Stivers (keyboardist), and Kenny Grohowski (drums)….

October 28 @ 8:00 pmChapel Performance Space at Good Shepherd Center
Renée Baker
This principal violinist of the Chicago Sinfonietta and leader of AACM-inspired collective-improvisation ensembles appears with 10 top-flight Seattle improvisers. She is renowned for her “plethora of string techniques, from ghostly glissandos and crystallizing harmonics to sinewy double stops and pneumatic pizzicato” (All About Jazz). (Presented by Nonsequitur.)…

October 29 @ 8:00 pmSeattle Art Museum (Downtown)
Dave Douglas Meets The Westerlies with Anwar Marshall
One of the great Earshot festival moments saw The Westerlies and the Dave Douglas Quintet on the Cornish stage a few years ago. Inevitably, the stellar trumpeter and the vibrant quartet (Riley Mulherkar and Zubin Hensler, trumpets, and Andy Clausen and Willem de Koch, trombones) are touring together, re-imagining jazz-meets-chamber-music….
October 29 @ 8:00 pmMoore Theatre
STG Presents Maceo Parker / The Jones Family Singers
The funk and soul saxophone titan, a James Brown mainstay in the 1960s and a pillar of Parliament-Funkadelic’s power in the 1970s, continues to amaze with his flawlessly tight band. Opening the night is the high-energy gospel collective that has electrified churches and festivals for two decades with joyful, soulful praise songs.
(Presented by Seattle Theatre Group.)…

November 3 @ 8:00 pmThe Royal Room
Matt Savage / Dawn Clement & Mark Taylor
“Possessed of a remarkable talent” (Jazziz) and diagnosed with autism at a young age, this inspiring 20-something piano master has recorded many albums as a leader and accompanied jazz greats including Jimmy Heath, who calls Savage “the future of jazz.” Legends-in-the-making Dawn Clement and Mark Taylor parse their celebrated LineUp! down to piano-sax duo….
November 4 @ 7:00 pmThe Royal Room
Matthew Stevens Trio
This guitarist is “a singular talent brimming with a strong identity” (DownBeat) who “navigates with ease among jazz, indie-rock, and soul” (NY Times). With his stellar trio of bassist Vicente Archer and drummer Eric Doob, his debut recording as a leader, Woodwork, showcases his diverse stylistic mastery, at times warm, robust, fluid, and emotive….

November 5 @ 8:00 pmMoore Theatre
STG Presents Bill Frisell “When You Wish Upon a Star”
On his new release, the beguiling guitarist pays tribute to “the countless, anonymous, uncredited, unsung, extraordinary musicians” of the films and TV shows that are “embedded so deeply into the fabric of what fires up my musical imagination.” With Petra Haden (vocals), Thomas Morgan (bass), and Matt Chamberlain (drums), Frisell performs film and TV gems, some well-known, some obscure.
(Presented by Seattle Theatre Group.)…

November 6 @ 8:00 pmSeattle Art Museum (Downtown)
Dee Daniels Trio
Justly famed for her four-octave range, the brilliant, stylish Daniels has collaborated with many of the greats of jazz, and graced stages around the world. Tonight, the accomplished and graceful singer presents a program of her favorite pieces in a focused, concert-hall environment….

November 7 @ 7:30 pmTriple Door
Rokia Traoré
With her unmistakable vocals, stunning stage presence, and deep West African well of music, the Malian singer provides a dazzling concert experience. A Seattle favorite, she returns with the testimonies to the soul and endurance of her homeland on her new Nonesuch Records release, Né So. (Presented by Triple Door.)…

November 11 @ 8:00 pmBenaroya Hall
Seattle Symphony: Sonic Evolution
The Seattle Symphony presents the perfect collaboration to close out Seattle’s jazz festival. This evening of orchestral and ensemble works celebrates Seattle’s jazz legacy with an homage to iconic producer Quincy Jones, who began his stellar career in jazz and popular music at Garfield High School and appeared as a trumpeter and band leader on Seattle’s fabled Jackson Street. Appropriately, the award-winning Garfield Jazz Band, under Clarence Acox, joins the orchestra for tunes from the J… 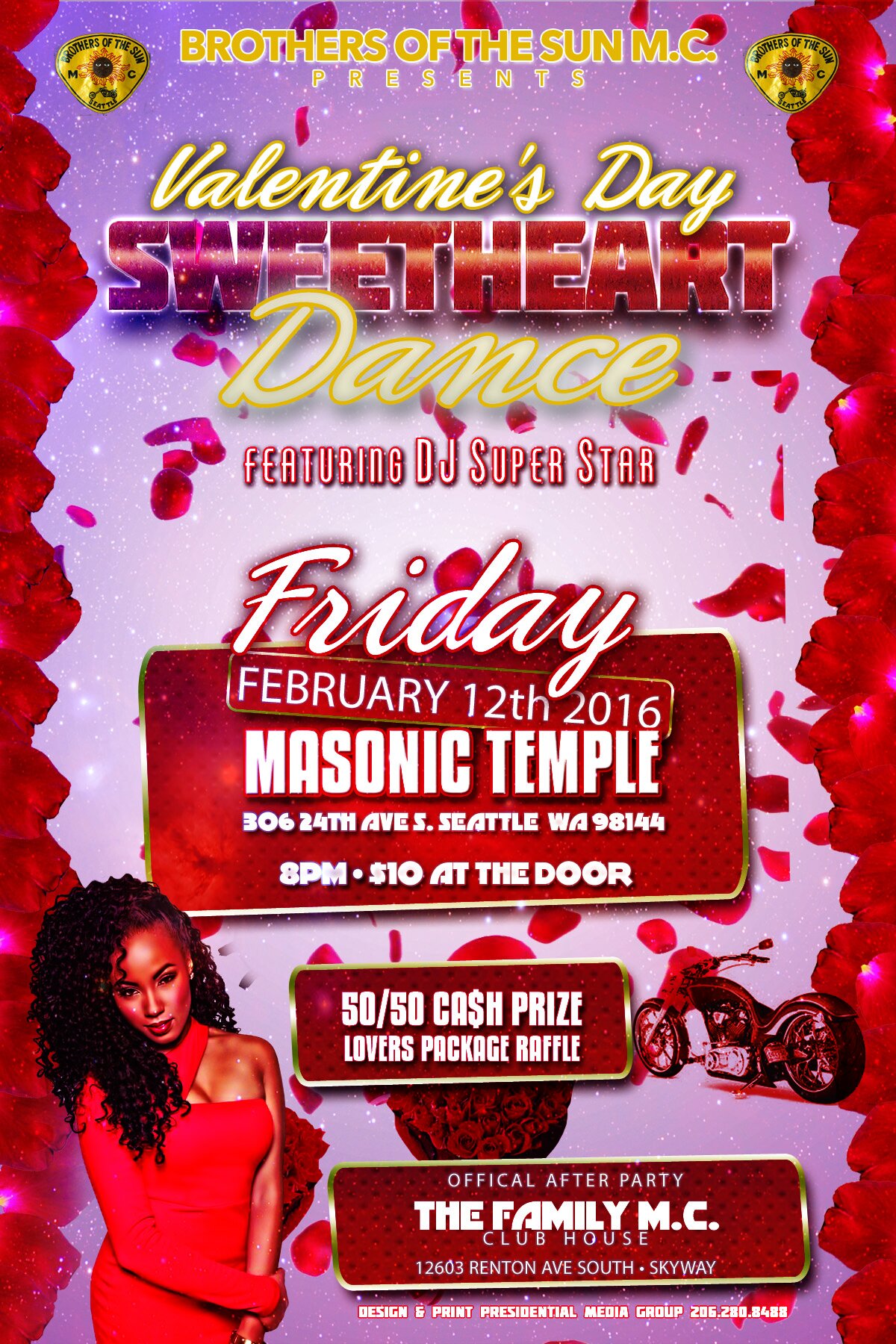