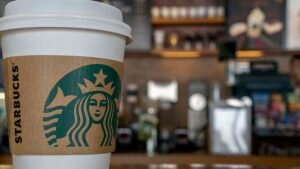 As Microsoft shareholders vote today on a board-opposed shareholder resolution calling for disclosure of the tech giant’s median gender pay gap data, retail giant Starbucks has acceded to shareholder requests for such information and is now providing it to the public.  The investment management firm Arjuna Capital, which has spurred nearly two dozen companies to provide gender and racial pay equity disclosure, is the sponsor of the more demanding median gender pay equity resolutions at both Microsoft and Starbucks.

Arjuna Capital Managing Partner Natasha Lamb has provided a video statement for delivery today at the Microsoft virtual meeting.  In the statement, she notes: “Disclosure of median pay is now mandated in the United Kingdom.  For Microsoft’s UK operations, our company reported a 7.9% hourly median pay gap, and a 13% bonus median pay gap.  Yet, notably, our company has notpublished median information for its global operations.”

With the 2020 shareholder season now getting underway, Starbucks is following in the footsteps of Citigroup, which, in January 2019, broke ranks with other financial institutions facing median gender/racial pay equity resolutions and agreed to shareholder demands that it disclose its median pay gap data.

Natasha Lamb, managing partner, Arjuna Capital said: “We want to salute Starbucks for its leadership as it joins ranks with Citigroup as the second U.S. company to produce the hard numbers on median gender and racial pay equity.  Starbucks has proven itself both responsive to shareholders and a leader on diversity and inclusion.   It is regrettable that Microsoft’s board has chosen to go the other way and fight the call for median gender and racial pay equity.  This sends a terrible message to employees, shareholders, the markets, and customers who deserve an honest accounting of pay gaps.

As it did in the 2019 shareholder season, Arjuna Capital intends to file during the 2020 season median gender/racial pay equity resolutions at more than a dozen tech, financial and retail giants.  Arjuna’s list of targets for such resolutions will be revealed in the first half of January 2020.

The resolution that Microsoft shareholders will vote on today over board opposition reads in part as follows: “Microsoft reports women earn 99.7 percent of the compensation received by men on a statistically adjusted equal pay basis. Yet, that statistically adjusted number alone fails to consider how discrimination affects differences in opportunity. In contrast, median pay gap disclosures address the structural bias that affects the jobs women hold, particularly when men hold most higher paying jobs. Women account for nearly 28 percent of Microsoft’s employees, but only 22 percent of leadership. Mercer finds actively managing pay equity ‘is associated with higher current female representation at the professional through executive levels and a faster trajectory to improved representation.”

Arjuna Capital continues to lead this effort and has filed a total of 53 proposals at 23 companies in the tech, financial, and consumer sectors. Of those companies, 22 have committed to disclose and close their pay gaps on an adjusted equal pay for equal work basis, an important first step. In 2019, Arjuna requested more comprehensive reporting from the companies, and filed a new proposal with 12 companies requesting unadjusted global median gender and U.S. minority/racial pay gap data. This evolution is important because while adjusted data shows if there is equal pay for equal work, unadjusted median pay data shows if there is equal opportunity for higher-paying jobs.

A recent op-ed published by Lamb describes the importance of this reporting: https://qz.com/work/1549162/the-median-gender-pay-gap-arjuna-capital-wants-the-data-revealed/