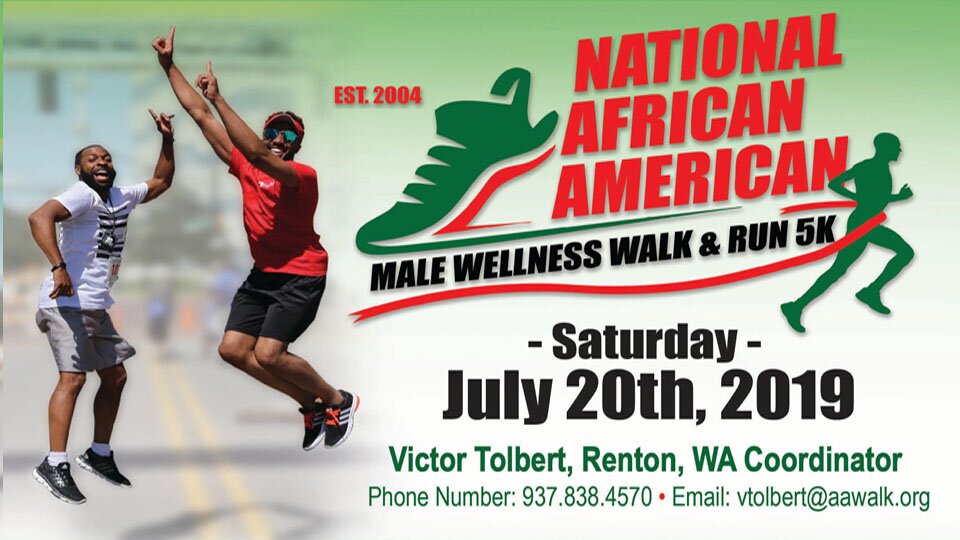 The National African American Male Wellness Initiative (AAWALK) was established in 2004 to begin the process of empowering men to understand through prevention one can live longer. The awareness campaign is the largest Wellness Initiative of its kind in Central Ohio and has expanded to Akron, Cincinnati, Cleveland, Mahoning Valley and Toledo. The Wellness Initiative has provided thousands of residents free health screenings across the state of Ohio, resulting in recognition from former President Obama and also by having August declared as African American Male Wellness Month by former Governor John Kasich.
​
AAWALK has expanded to six cities outside of Ohio; Atlanta, GA., Charlotte, NC, Indianapolis, IN, New Orleans, LA, Renton, WA and Washington, DC, making our movement nationally recognized.The overall health and wellness of the black community is dependent on the health of black men in the community. African American men are dying from preventable diseases at ten (10) times the rate of other men which drives the mission of AAWALK.
​
Because our event is entering the 16th year, we have increased community participation to over 50,000 Nationally (Est. 25,000 the Columbus Metropolitan area this year). With this effort we have screened over 2000 men (nearly 1000 in Columbus, OH) and impacted countless families through health awareness and education.  The area’s most influential people have echoed our mantra, “Know Your Numbers” throughout Central Ohio. By empowering residents of the area with education about their physical, mental and financial health our goal is to help position the patriarch as a healthy, significant, stable and successful component of the american family.
Email  or   for more info.