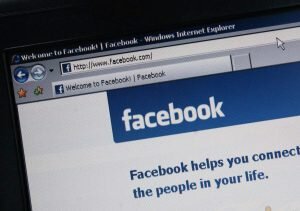 “There is no defensible distinction that can be drawn between white supremacy, white nationalism or white separatism in society today. By maintaining this distinction, Facebook ended up providing violent racists a platform that could be exploited to promote hate. While we are pleased that Facebook is taking long overdue action, we know well that communities are still reeling from the rise in hate and racially motivated violence, and that extensive remedial action must be taken to ensure that hate is eliminated root and branch across the platform,” said Kristen Clarke, president and executive director of the Lawyers’ Committee for Civil Rights Under Law. “As we have seen with tragic attacks on houses of worship in Charleston, Pittsburgh, New Zealand, and elsewhere, there are real life consequences when social media networks provide platforms for violent white supremacists, allowing them to incubate, organize, and recruit new followers to their hateful movements.”

On May 29, 2018, Motherboard published training materials used by Facebook content moderators that showed that while Facebook prohibited white supremacist content on its site, it allowed content related to white nationalism and white separatism. The Lawyers’ Committee for Civil Rights Under Law undertook extensive advocacy with Facebook, including issuance of a letter that demonstrated that “white nationalism and white separatism are white supremacy”. The organization also repeatedly met with Facebook over the past year to urge the company to reform its policies.

Clarke continued: “While Facebok’s new policies are one step forward in the fight against white supremacist movements, much work remains to be done. Putting in place the correct policy is a start, but Facebook also needs to enforce those policies consistently, provide meaningful transparency around any AI techniques used to address this problem, and adequately retrain its personnel. Without proper implementation, policies will prove to be just empty words, and white supremacy will continue to proliferate across its platform.”

About the Stop Hate Project

The Stop Hate Project works to strengthen the capacity of community leaders, law enforcement, and organizations around the country to combat hate by connecting these groups with established legal and social services resources.