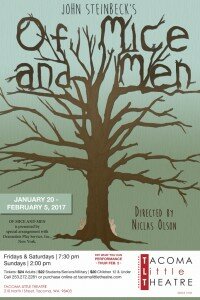 Tacoma Little Theatre begins 2017 with John Steinbeck’s classic tale, OF MICE AND MEN, brought to life through the direction of Niclas Olson.
Two drifters, George and his friend Lennie, with delusions of living off the “fat of the land,” have just arrived at a ranch to work for enough money to buy their own place. Lennie is a man-child, a little boy in the body of a dangerously powerful man. It’s Lennie’s obsessions with things soft and cuddly that have made George cautious about who the gentle giant, with his brute strength, associates with. His promise to allow Lennie to “tend to the rabbits” on their future land keeps Lennie calm, amidst distractions, as the overgrown child needs constant reassurance. But when a ranch boss’ promiscuous wife is found dead in the barn with a broken neck, it’s obvious that Lennie, albeit accidentally, killed her. George, now worried about his own safety, knows exactly where Lennie has gone to hide, and he meets him there. Realizing they can’t run away anymore, George is faced with a moral question: How should he deal with Lennie before the ranchers find him and take matters into their own hands?
This production features: Mason Quinn (George), Chris James (Lennie), Roger Iverson (Candy), Derek Mesford (Curley), Eric Cuestas-Thompson (Boss), Jacob Tice (Slim), Alex Gust (Whit) Alex Koerger (Carlson), and Maggie Parobek (Curley’s Wife).
OF MICE AND MEN will run Friday, January 20-February 5, 2017.  Friday and Saturday showings are at 7:30pm and Sundays at 2:00pm.  This show is recommended for ages 13 and up.

There will be a special “Pay What You Can” performance on Thursday, February 2, 2017.  Tickets for that performance will be available beginning Wednesday, January 25, 2017 in person or over the phone. 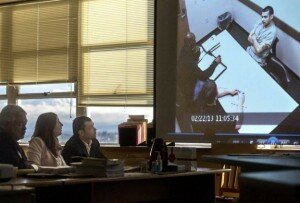 William Alvarez Calo, 30, was sentenced to nearly 40 years in prison for the murder of Jamie Diaz-Solis. Last month, Alvarez Calo was found guilty of murder in the first degree, burglary in the first degree and attempted robbery in the first degree.“Our streets are safer with this defendant in prison,” said Prosecutor Mark Lindquist. “Good work on a big case by deputy prosecutors Maureen Goodman and Doug Hill.”
On November 12, 2012, police responded to a report of shots fired at the Greenwood Apartments in Lakewood. When officers arrived, they found the body of Jamie Diaz-Solis lying at the bottom of the stairs outside his apartment. Police found almost 38 pounds of methamphetamine and heroin and $37,000.00 in cash in or around the crime scene.
Investigators learned that Diaz-Solis and his roommate, Juan Hidalgo-Mendoza, were part of a major Mexican drug cartel.
Hidalgo-Mendoza told police he was in his bedroom when he heard a male’s voice and then heard a gunshot. He said he then jumped out of a window to avoid being shot. He returned to the apartment after the assailants had left and dragged out the body of Diaz-Solis.
In February, 2013, investigators contacted Alvarez Calo who confessed he had arranged for three men to kill Hidalgo-Mendoza.  Apparently, Alvarez Calo thought he could climb the ladder of the distribution chain by arranging the murder of Hidalgo-Mendoza, a higher-up, and blaming the murder on another higher-up. The plan went awry when the wrong person, Mr. Diaz-Stolis, was shot and killed by Robinson. In July, co-defendant Mazzar Robinson, 41, was found guilty of murder in the first degree, conspiracy to commit murder, burglary, attempted robbery and unlawful possession of a firearm. Co-defendant Michael Rowland, 32, was found guilty of murder in the first degree, burglary and attempted robbery.

This VISTA Member will design strategies to recruit volunteers, lead community outreach efforts in neighborhoods selected for the Community Walks, handle promotion and publicity, and develop impact metrics and outcome measurements for the walks.

E-mail your application to: Jeanne.murphy@seattle.gov. The application deadline isMonday, January 9, 2017.

Prior to submitting an application, please fully review the AmeriCorps VISTA positionduties, qualifications, and benefits HERE, along with the job description. To learn more about Find It, Fix It Community Walks, visit seattle.gov/finditfixit 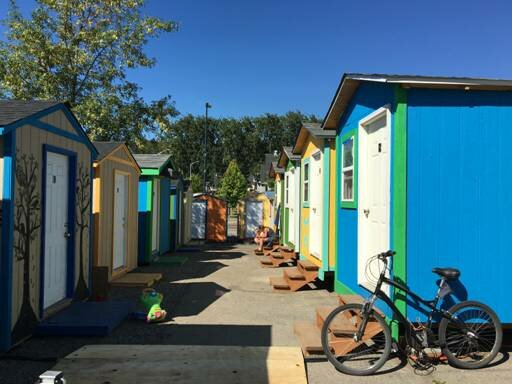 There’s no shelter that hides us from the homelessness in Seattle. Over the past year, the One Night Count was roughly 3,000 men, women and children. It’s real, and it takes the whole of us to fix. Solstice and Uncle Ike’s have proudly partnered with LIHI (Low Income Housing Institute) to create a special Tiny House cannabis pre-roll pack, sold exclusively at Uncle Ike’s 23rd & Union and Capitol Hill locations. A portion of proceeds will go directly to the Tiny House program, aimed at providing critically needed shelter to Seattle’s homeless families and individuals.

LIHI Executive Director Sharon Lee said, “We think the Tiny House cannabis packs would make a great stocking stuffer or holiday gift.  While it’s a little bit of an unusual fundraiser, funds for shelter will help address a deadly serious problem:  91 homeless men and women died on the streets last year.  Safe and secure Tiny Houses would have prevented some of those deaths.” 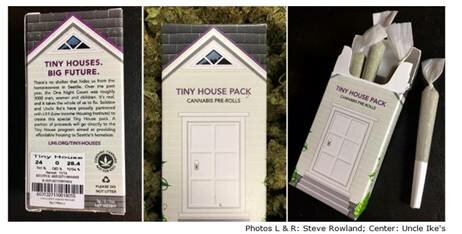 About LIHI’s Tiny House Villages:
LIHI’s Tiny House initiative is a crisis response to growing homelessness in Seattle. Tiny House Villages get homeless people off the streets fast and into a safe environment where they can take a breath and get their lives back together. A warm, enclosed Tiny House is a significant life quality improvement over a tent below an underpass. In the past year LIHI opened three Tiny House Villages and will be opening more in the coming year. Our Tiny House Villages house families, couples, singles, and people with pets. We provide case managers at all sites to help residents find jobs and permanent housing. We are utilizing vacant land and partnering with many wonderful carpentry apprenticeship programs to build the houses. Hundreds of volunteers have helped us set up the villages. The cost of a Tiny House is less than $2,500.

The initiative will help families that are on the verge of being homeless by addressing their specific needs, such as clothes for a job interview or help with the first month’s rent. The individualized approach is based on a highly successful pilot project funded by the Bill and Melinda Gates Foundation.

“We are ready to deliver on the commitment I made to the people of King County that we will help put every child and youth in our region on a path toward lifelong success,” said Executive Constantine. “The very first prevention strategy funded by Best Starts for Kids will ensure that more children and families have a safe, healthy and warm place to live, following through on our promise to invest in what works.”

He also announced $41 million in funding that will increase the inventory of affordable housing, including transit-oriented development. Many units will be reserved for military veterans who are homeless, people who suffer mental illness and people who have disabilities.

A successful model that focuses on the individual needs of families

The Youth and Family Homelessness Prevention Initiative is the first strategy funded by Best Starts for Kids, a six-year levy that will generate nearly $400 million for initiatives that promote healthier, more resilient children, youth and communities. It includes $19 million to prevent homelessness, starting now with $4 million awarded to 27 community-based nonprofit organizations that successfully competed for levy funds.

In the pilot project that the initiative is modeled after, 96 percent of participants still had housing 18 months after they entered the program.

Unlike the traditional approach that provides a limited number of options that may or may not be helpful, this initiative starts with case managers asking, “What is it you need to avoid becoming homeless?”

One example from the pilot project was a woman who moved to King County from Russia who was an experienced seamstress. By helping her purchase a sewing machine, the program helped her earn a higher income so she could continue to pay for her family’s rent.

Preventing homelessness is less expensive than providing emergency shelter. It also prevents children from experiencing the trauma of homelessness, which can negatively impact brain development.

Increasing the inventory of affordable housing located near transit centers

The $41 million in funding that Executive Constantine announced will expand access to affordable housing, increase the inventory of affordable housing near transit centers, and provide services to help more people succeed once they have a place to live.

It’s part of an $87 million package approved this summer by the County Council that ensures affordable housing can be built throughout the county.

He announced $12.1 million to build 279 units affordable housing in Renton, Bellevue, Seattle, Auburn and Tukwila. Some of the units will be set aside for military veterans who are homeless, people who are transitioning from institutional or hospital settings, and people who have developmental disabilities.

A total of $10.2 million will provide services that help people transition to safe, affordable housing and succeed once they have a place to live. That includes rental assistance and housing with on-site behavioral health and other support services. The announcement also includes new and renewed funding for homeless shelter, transitional housing and rapid rehousing. 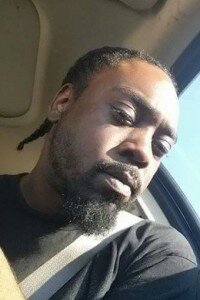 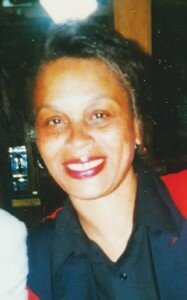 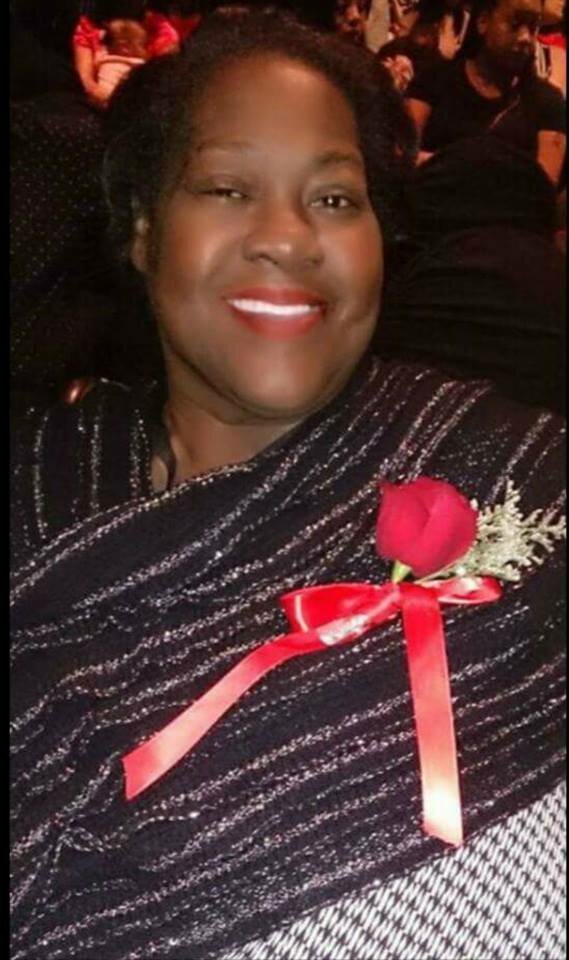 Tina leaves behind her Son Steven White (Wife) Jessica White, grandson Jacob White, brother Frederick White and a host of Nieces and Nephews all of whom she loved so dearly.

The hardest thing is the last good bye , especially if you didn’t know it really was the last one! 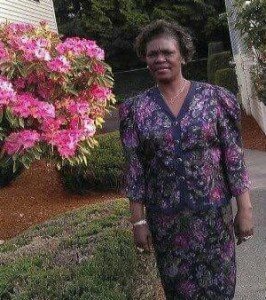 What does it mean to be rich or wealthy? Both words hold a heavy weight in most societies. I was reading an old letter from my late friend Glen Heathcote who always signed off with “you are rich and wonderful- live for today”. That was on 12/21/89 and it’s so true. We can look at the treasury of our rich experiences or the wealth of our possibilities! Glen owned Stoneway Building and Supply amongst the many businesses he started. His eyes glistened when he talked about his family, his travels and new ideas. He always carried chocolate gold coins to give away. I have taken many of his life lifts to lift me to higher levels of rich living. So let me tell you. You are Rich and Wonderful! Live the richest and most magnificent life possible from this moment forward. Shift your emotions to wealth status and make daily deposits by passing out joy, a smile, a kind gesture or compliment to someone. Practice the sweet life and circulate what is good and beautiful. Think on good things and all your riches will manifest as long as you hold on to the possibilities. I wish for you a rich and warm holiday and the best for your health!