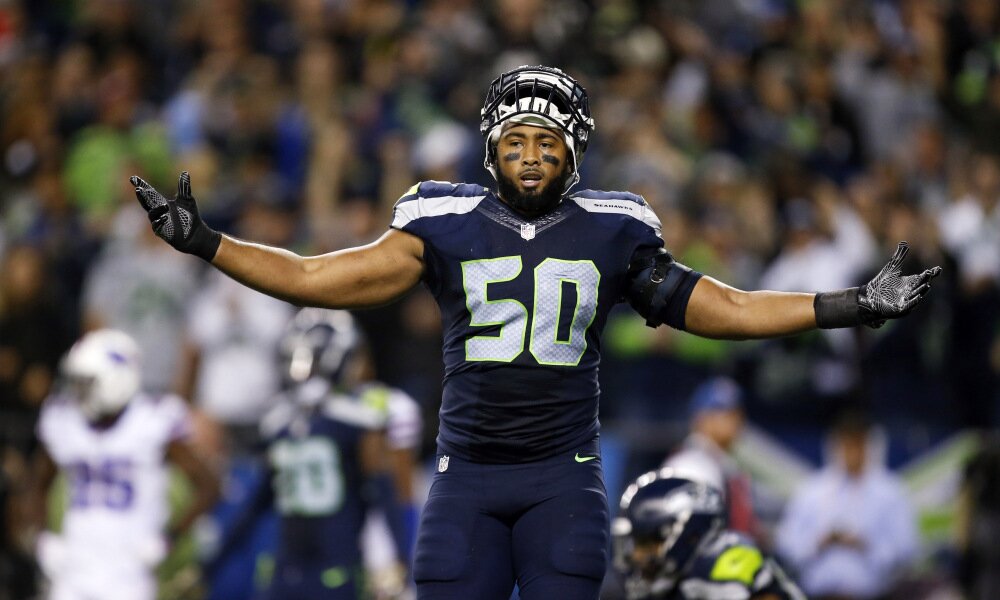 Wright, a Pro Bowler in 2017 and member of the Super Bowl XLVIII championship team, has made a positive impact both on and off the field, expressing his desires to support others and give back.

“It has always been my pleasure to serve my community,” said Wright. “I’m striving to make this world a better place.”

As a nominee, Wright will wear a Walter Payton NFL Man of the Year helmet decal through the end of the season in recognition of his accomplishments on and off the field. 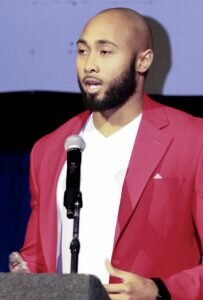 During the offseason, Wright traveled to Kenya, where he delivered books and helped teach English to children in Kenya’s Maasai Mara region. As a result of the trip, he announced in October his continued commitment to make a difference in Kenya with a pledge to donate $300 for every tackle he records this season. The money will go towards the construction of a fresh-water well for the primary school in Maasai Mara. The campaign also includes a fundraising platform allowing fans to donate to the cause – the fund has raised more than $20,000 to date. Wright plans to return to Kenya in 2019.

Wright actively participates in the important causes of his teammates as well. In April 2018, Wright joined Seahawks Legend Cliff Avril on the former defensive end’s annual trip to Haiti, where he is building a school in La Chanm. In addition to helping lay a foundation at the school, Wright also assisted in coaching a youth football camp in Port-au-Prince.

Locally, Wright is a mentor for area youth through Rainier Athletes, a local program to support and motivate students to achieve their greatest potential. He has also been known to be inspired by a quick interaction and turn that into a more lasting and meaningful encounter. After meeting representatives from Sawhorse Revolution following a Seahawks mini-camp practice, Wright spent a day later in the summer building tiny homes for the homeless.

For the past two years, Wright has also worked with area youth through the NFL’s Character Playbook, which teaches middle school students how to build healthy relationships and make good decisions.

New this year, all 32 team winners will be highlighted as finalists and recognized for their important work during the weekend leading up to Super Bowl LIII. The 2018 Walter Payton NFL Man of the Year will be announced during NFL Honors, a two-hour primetime awards special to air nationally on February 2, the eve of Super Bowl LIII, on CBS. NFL Honors will be at Fox Theatre in Atlanta.

Five hundred thousand dollars will be donated in the name of the 2018 winner. Two hundred and fifty thousand will be donated in his name to expand Character Playbook, the NFL and United Way’s digital character education program. An additional donation of $250,000 will be donated to the charity of his choice. All other 31 nominees will receive a donation of $50,000 in their name to expand Character Playbook, and an additional donation of up to $50,000 to their charity of choice. All donations are courtesy of the NFL Foundation, Nationwide and United Way Worldwide.

Fans are encouraged to participate in Nationwide’s 4th annual Charity Challenge, a social media campaign designed to support and promote team nominees. Fans can vote by using #WPMOYChallenge on Twitter with their favorite nominee’s last name somewhere in the post between December 6 and January 13. The player whose unique hashtag is used the most will receive a $25,000 contribution to their charity of choice, courtesy of Nationwide. Hashtag information and official rules can be found at nfl.com/manoftheyear.