You are here: Home / News / Update on the Seattle Income Tax Creating a pathway to a progressive income tax 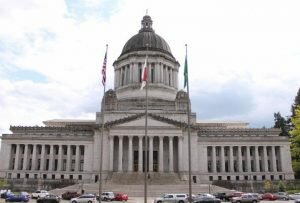 Court of Appeals definitively opened the door to the state Supreme Court to review and rule on Seattle’s income tax on the affluent. The Court rejected our opponents’ request for reconsideration of the Court’s July decision affirming that Seattle had the right to levy a tax on income and finding the state law preventing cities from instituting a tax on net income to be unconstitutional.

The Court of Appeals has effectively cleared away the underbrush, creating a direct and unimpeded pathway to the State Supreme Court to enable that court to review and, we hope, reverse their ruling in 1933, which overturned a progressive income tax passed by over 70 percent of the people, based on the fundamentally wrong interpretation that income is property.

The Seattle City Council unanimously passed a progressive income tax in July 2017. This is a 2.25 percent tax on total income above $250,000 for individuals and above $500,000 for joint filers. It is estimated to result in $200 million in new revenues for the city, with about 10,000 households contributing. The revenues are to be dedicated to reducing regressive taxes in the city, including the business and occupation tax rate; addressing the homelessness crisis; providing affordable housing, education, and transit; and creating green jobs and meeting carbon reduction goals.

The Trump-Proof Seattle Coalition, led by the Transit Riders Union and the Economic Opportunity Institute (EOI), and including 30 Seattle organizations and social justice groups, catalyzed this income tax on the affluent.

EOI and the City of Seattle will seek state Supreme Court review because the court of appeals held: “We are constrained by stare decisis to follow our Supreme Court’s existing decisions that an income tax is a property tax.”

Of course, our opponents won’t give up and will be contesting our briefs. We will hear from the Freedom Foundation, the Pacific Legal Foundation, Matt McIlwain of the Madrona Venture Group, Rob McKenna and a small host of other parties aligned to protect privilege, power, and status in this legal battle to our state’s highest court.

Many allies have submitted amicus briefs in favor of Seattle’s income tax on the affluent.

The Washington Association of Cities, and the cities of Olympia, Port Townsend, and Port Angeles have filed another amicus brief in support of city taxing authority.

It is important to keep in mind that:

The 1933 and 1935 decisions were wrong then, and are wrong now, as almost all states, and the federal government, have drawn a fundamental distinction between property and income.

The State Supreme Court can affirm Seattle’s income tax on the affluent by reviewing and reversing its decisions from 1933 and 1935. The 1933 and 1935 decisions were wrong then and are wrong now, as the Washington court uniquely erased a fundamental distinction between property and income.

We expect to know whether the Supreme Court will accept the case by early 2020, and if it does, we expect a historic decision in late 2020 or in 2021.