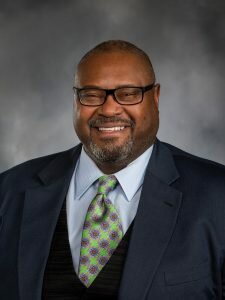 Rep. Eric Pettigrew was honored with the Frederick Douglass Patterson Individual of the Year Award by UNCF Seattle at the organization’s 2020 “A Mind Is . . .” gala Saturday night.

Pettigrew, a veteran lawmaker from the 37th legislative district and chair of the majority Democratic Caucus in the state House for the last decade, was recognized for his continuous and successful commitment to minority education throughout his legislative career.

“I’m honored,” Pettigrew said, “and I’m humbled. The UNCF has done more to advance the importance of, and access to, education in the African American community than any other organization.  To receive this award named for the founder of the UNCF and the longtime president of Tuskegee University is something I never could have dreamed of as a kid growing up in South Central Los Angeles.”

Earlier this year, Pettigrew announced his intention to retire from the Legislature at the end of his ninth two-year term next January. During that 18-year career he has been a consistent champion of education for all Washington students, from pre-school through post-secondary levels. For the last several years he has been a leading voice in the Legislature for allowing charter public schools to prove their effectiveness in educating underserved and minority students.

Joining Pettigrew as honorees at the UNCF gala were Seattle community leader and former King County Councilmember Larry Gossett, recipient of the Lifetime Achievement Award; NFL analyst and host Jordan Babineaux, who received the Mind, Body, and Spirit Award; and the Bill and Melinda Gates Foundation, which was named Corporation of the Year.