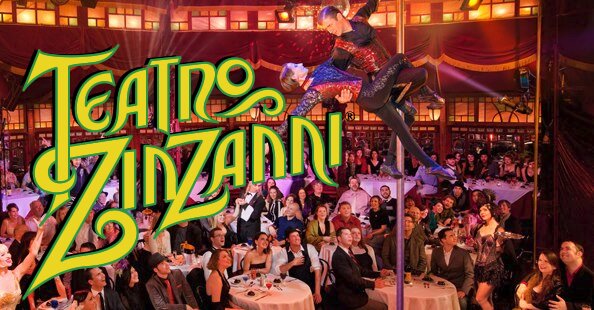 Teatro ZinZanni—whose mix of cabaret, comedy, cirque and fine dining has drawn sold-out crowds in the Puget Sound region for 20 years—today announced it has secured a 10-year lease, with two 10-year options, at the former Red Hook Brewery in Woodinville, Wash.

The company will mount a new show there for the holiday season in its famed spiegeltent beginning in November, with James Beard Award-winning chef Jason Wilson returning to design the menu.

The new location will for the first time consolidate all of Teatro ZinZanni’s operations in one space, including scene shop, costume shop and administrative offices. The move opens the door to additional opportunities, including an on-site training studio for circus arts and a return of family and education programs. Teatro ZinZanni will also continue the tradition of food and drink at what was the Red Hook pub; an announcement on those plans is expected in coming months.

“The Eastside embraced us during our recent stay, and we’re thrilled to make an ongoing home there,” said Norm Langill, Teatro ZinZanni’s founder and artistic director. “As we expand, Woodinville will be the production home for everything ZinZanni and be the launch pad for the expansion of our brand. We humbly refer to it as ‘world headquarters.’”

Teatro ZinZanni is mapping plans to expand beyond the Pacific Northwest. It has already announced a return to San Francisco in a new home on the Embarcadero, and is currently developing plans for a tent in a third market.

“A consolidated home base allows us the flexibility to not only do shows in Woodinville, but also additional places across the region and beyond as opportunities arise,” Langill said.

The move to Woodinville puts Teatro ZinZanni at the heart of the Hollywood District of Woodinville Wine Country, home to the Herbfarm, Chateau Ste. Michelle and more than 40 other wineries and tasting rooms.

Inquiries about group sales for Teatro ZinZanni’s upcoming show can be made at zinzanni.com.