News crews were on hand this morning at the Tacoma MLK Village site to cover the arrival of the first tiny houses at 802 Martin Luther King, Jr. Way. Tacoma’s first tiny house village will open on December 19, with 22 houses to shelter 35 adults.
The  tiny houses will have electricity, heat, and lockable doors. Communal facilities on site include Honey Buckets, a hand washing station, counseling office, a communal kitchen, and trash and recycling.
Last night, nearly 80 Tacoma residents gathered at the Tacoma Public Library to hear details from city officials about the village, and the need for more shelter options in the city. Sharon Lee described the success of  the 10 tiny house villages that we operate in Seattle and the one in Olympia.The villages provide shelter to more than 1,000 homeless people every year. About 65 percent of villagers move into long-term housing.
Joe, a resident of Olympia’s Plum Street Village, told the crowd how living in the village gave him the stability and resources he needed to find full time employment and a path to permanent housing.
John Brown, the Special Projects Manager for Plum Street Village in Olympia, said the percentage of villagers with a source of income has doubled to over 80 percent since the village opened earlier this year because of case management assistance.
The audience expressed support for the tiny house program coming to Tacoma. City officials said they plan to explore sites for more villages. In October, Tacoma city councilmembers voted to ban tents in city parks beginning  in December. Tacoma officials toured LIHI villages in Seattle and signed a contract last month.
We have volunteer opportunities starting next week to help finish the village, including painting, construction, and beautification. Email  if you are interested in volunteering. 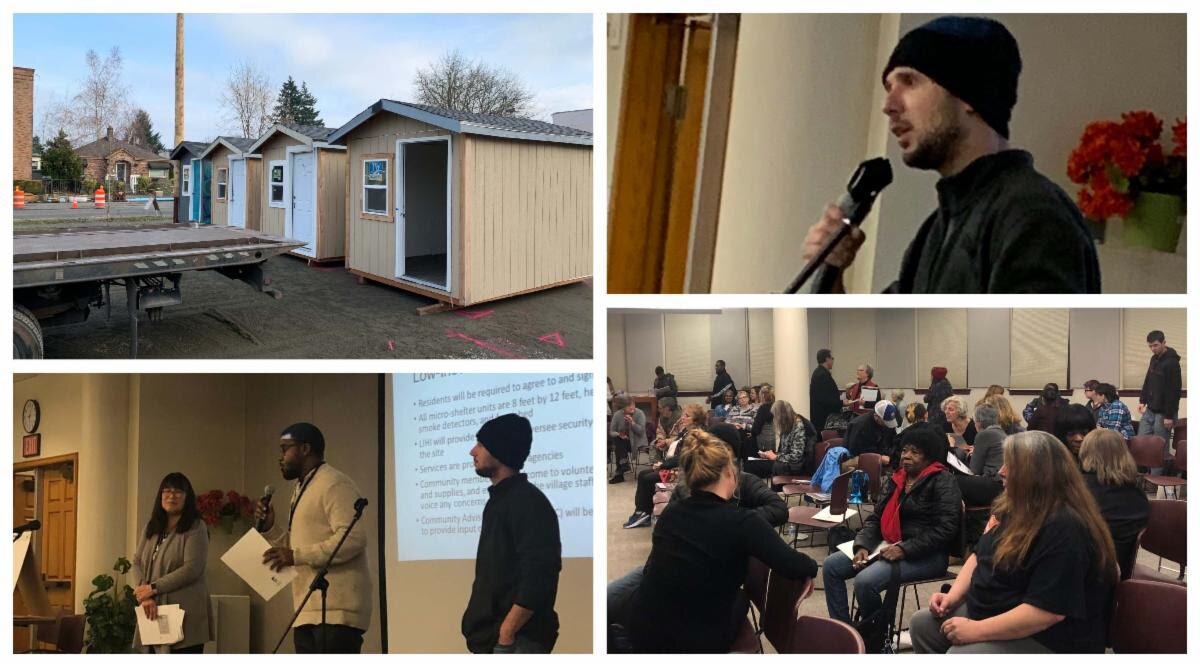