You are here: Home / Community / Seattle police arrested a Garfield High School student for threatening to shoot his classmates. 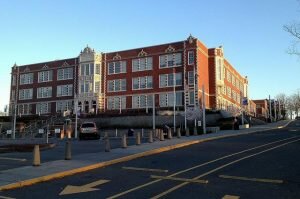 Seattle police have arrested a student for allegedly making threats to shoot his classmates at Garfield High School.

Officers were called to the school on February 16 when students observed the suspect posting an image of a revolver on his Snapchat account. That was two days after the deadly mass shooting in Parkland, Florida.

Several students had previously witnessed or engaged in a conversation with the suspect in which he suggested pulling the fire alarm and shooting students behind the school, according to a police report. The witnesses told police the comments were made several weeks to a month ago.

The students interviewed by police say they reported the incident to a teacher but no action was taken. The teacher “nervously laughed, and disregarded the information that was given to her.” The police report goes on to say the teacher did not make a report of the students’ comments.

When the students saw the Snapchat picture, they took a screenshot and reported it to school staff. Then police were called to the school.

Responding officers arrested the student at his home for investigation of harassment.

“Student and staff safety is always a priority. We are concerned by and looking into the report that students notified a teacher and that tip wasn’t escalated as it should have been. Thankfully, students courageously brought this up again with school leadership. The principal immediately contacted SPD and the district Safety & Security team per safety protocols. Once SPD arrested the student, they were able to notify families. We are so proud of the students for making sure school leaders received this tip directly. Schools are closed this week for mid-winter break. Next week, with school in session, school leaders will review with staff the process and importance of reporting any threats.”