The City’s Landmarks Preservation Board approved the nominations, designations, and controls and incentives for these landmarks, and Department of Neighborhoods staff provided the draft ordinances to the Seattle City Council. The final step in the process was approval by Seattle City Council.

As designated City landmarks, all three buildings are not only recognized for their historic and cultural significance, but they are also eligible for economic incentives and technical assistance that can help contribute to the continued preservation of the landmarks.

Seattle Department of Neighborhoods Historic Preservation Program is responsible for the designation and protection of more than 400 historic structures, sites, objects, and vessels, along with eight historic districts located throughout the city. For information on the landmark designation process and to view other city landmarks, visit seattle.gov/neighborhoods/preservation. 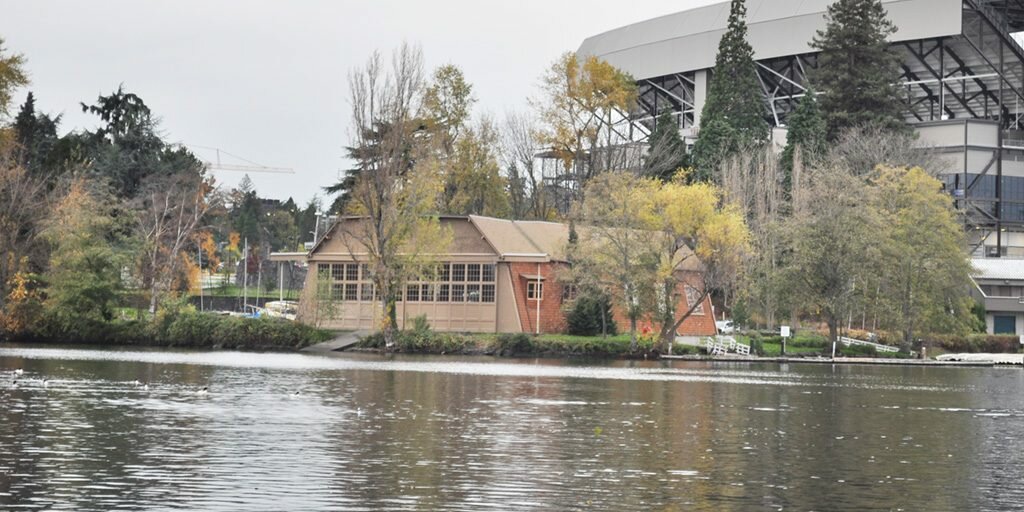 The 100-year-old Washington Canoe House was first constructed by the US Navy as a seaplane hangar as this portion of the campus was donated to the armed services as a training camp during WWI. The University purchased it from the Navy and converted it to a facility for the Men’s Rowing Team who occupied it from 1919 to 1949. The Husky crew team that won Olympic Gold in 1936 trained here, as vividly recounted in Dan Brown’s Boys in the Boat.

The building also housed the workshop of master boatbuilder George Pocock who built racing shells for the UW and for others. His Husky Clipper was custom built here for the Men’s 8 that rowed to victory Berlin. Mr. Pocock and his craftsman also manufactured parts of the Boeing B-17 Flying Fortress in this same shop during WWII.

Following WWII, the University built Conibear and relocated their program. The subject building was then converted to boat storage for recreational and intramural programs and was referred to as the Canoe House.

The Japanese Language School property is the oldest operating Japanese language school in the continental United States. The original facility was expanded in three phases due to a steady increase in pupils.

In February 1942, the Federal government forcibly removed US citizens of Japanese ancestry and residents of Japan living in the West Coast states from their home and they were incarcerated until 1945. During this period, the US military seized the property and used it for Air Force training. Following the end of the war, many from the local community who had lost their homes resided in the school buildings, up until 1957.

Starting in the late 1940’s, community members created a social service organization with the goal of supporting Japanese and Japanese Americans in Seattle. Their work evolved into the eventual repair of the buildings and reinstatement of the Japanese Language School. Over decades this work has continued to grow alongside the Seattle Japanese Community Service.  Overcoming many obstacles, the campus of buildings has continued to be renovated and improved to include a museum and many educational programs to support the mission of the Japanese Cultural & Community Center of Washington. 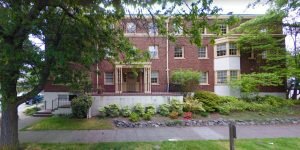 This building was originally the Orthopedic Children’s Hospital founded in 1907 by Anna Herr Clise; the institution we know today as Seattle Children’s Hospital. In the years after the death of Mrs. Clise’s young son in 1898, she visited facilities around the nation to see the type of health care provided for children and worked to establish the first facility of its kind in Seattle. It began under the premise that all children were welcome regardless of an ability to pay.

The hospital’s first building was the 1908 “Fresh Air House” on the south end of this same city block in Queen Anne. In 1911 they constructed a larger three-story facility on the east half of the block and was expanded a decade later; the building known today as Queen Anne Manor.  During this expansion, the Edris Nurses Home was completed on the west side of the property and served as a residence for the children’s hospital nursing staff.  It is dedicated to one of the hospital trustees Francis Skinner Edris, who died shortly after giving birth to her daughter.