You are here: Home / Featured Stories / Rushing for help – The return of Beast Mode to Seattle Marshawn Lynch signed a one year contract.

What the Seahawks have not dealt with

all season, and this is where the horrendous part of Sunday’s loss to Arizona comes into play, is the stripping of Seattle offensive identity over the past three weeks.

Coach Carroll loves his power run game. The NFL loves a power rushing attack or at least the teams that are heading into the playoffs love these offensive schemes. Four teams rank higher than Seattle’s 46.26- percent coming via the run, with Baltimore (No. 1, 55.42-percent) and San Francisco (No. 2, 49.17- percent) followed by Minnesota (48.75) and Buffalo (46.5).
Seattle will see this next week when they face San Francisco.
“Everything comes down to the final game of the season. We’re fortunate to that we have a chance to play for the division this late in the year,” Carroll said. “What’s important for is in turn is to be discipline about this and turn our focus to (next) week and not be effected by what just happened.”
Out of the top 10 teams that rely on the run only Denver (No. 10, 42.94-percent) has failed to even sniff the playoffs with their rocky year. Indianapolis (46.2), Tennessee (45.67) and Oakland (45.16) each have a shot at clinching the AFC’s final playoff spot while Houston (42.96) are the AFC South Division champs.

Even typical pass-happy New England have made the switch to a power-run game the past three weeks calling a run play 46.11-percent of the time including calling runs on half (51.47) of last week’s plays.
“Losing Chris Carson, who’s had an amazing year, it was pretty tough on him – it was tough on us. He’s been a great player for us, he’s been the epitome of toughness, he’s been the epitome of a workhorse and all the things he’s been able to do. He’s been really, really special,” Wilson said. But will Seattle still be that kind of team going forward or more to the point can they still be the power- run team that offensive coordinator Brian Schottenheimer’s offense thrives under?
The worst part of Sunday’s loss was the losing both 1,200 yard rusher Chris Carson hip injury and third string running back C.J. Prosise to a broken. Both have been ruled out for the rest of the season.
“We did get both our running backs banged up today – Chris and C.J. both got hurt. They will miss them and they’re out,” Carroll said. “We got to get to scrambling and (general manager John Schneider) has

got to get to work. That’s a lot of game for Homer to have to play by himself. Obviously we’ll have to make some moves and figure some stuff out.”
The moves general manager John Schneider had in mind was bringing back a pair of former Seahawks with first Robert Turbin agreeing to a deal, followed by the return of Beast Mode to Seattle when Marshawn Lynch signed a one year contract.
Both should be a major boost to a suddenly absent rushing attack that has been neutered the last three weeks with Homer listed as the only running back available on the roster. 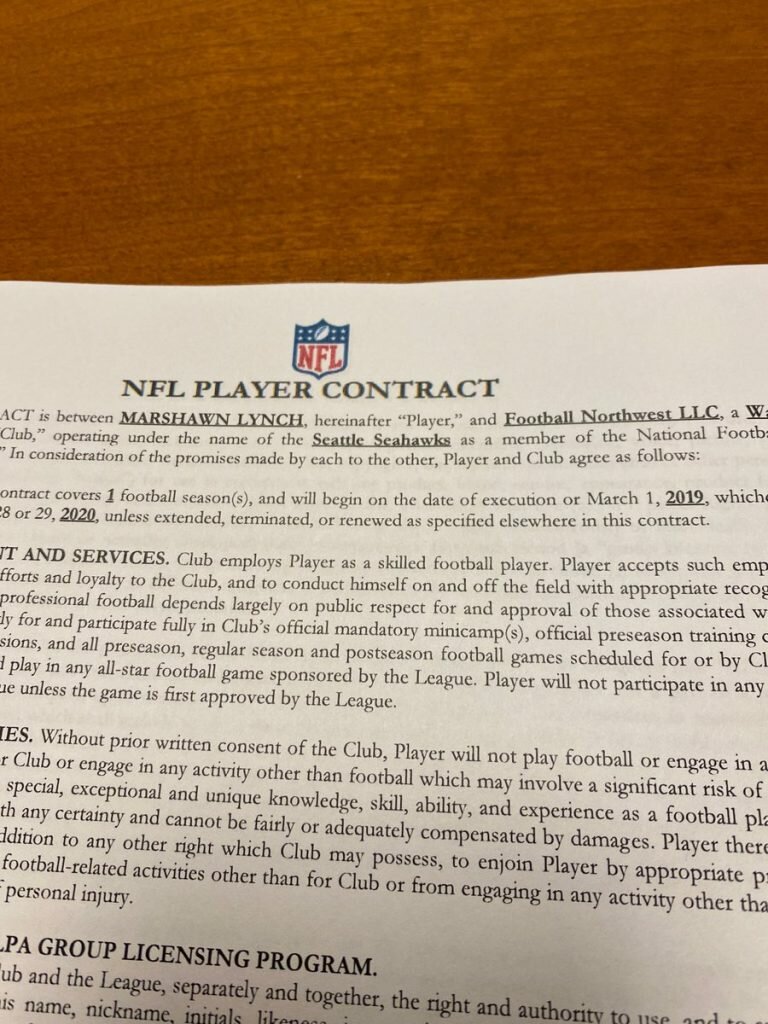 Bringing Beast Mode Lynch and Turbin back will excite the hometown fans, especially when Lynch takes that first handoff next week, but that’s not going to solve all of Seattle’s problems.
Star left tackle Duane Brown missed last weekend’s game due to a knee injury and it looks like he will need to have surgery to alleviate the pain and discomfort. Brown’s continued absence will be missed next week against San Francisco’s pass rush, and the veteran tackle is expected to be out for at least the
Wild Card round as well.
It really comes down to the Lynch signing and whether he can provide one more magical playoff moment for the Seahawks. If he does that then these past few weeks of frustration can be put aside.