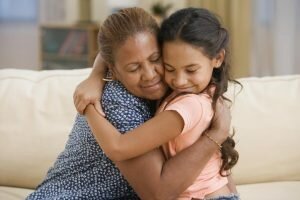 Faith leaders with PICO National Network, the largest network of faith-based groups in the nation, today announced a Feb. 13media conference call for people affected by the Trump administration’s proposed cuts or changes to the Medicaid program, an essential source of health coverage for 74 million people. Proposed policy changes include state proposals requiring Medicaid recipients to continually prove that they work or take part in job search and job-training programs to qualify for health benefits.

About 3.2 million additional U.S. residents lost their health care benefits in 2017, and the uninsured rate rose the most among young adults, Blacks, Latinos and people with low incomes, according to a Gallup-Sharecare poll conducted in late 2017 of 25,072 adults nationwide. The proposed changes to Medicaid will increase the number of people without health insurance and this will disproportionately have an impact on communities of color.

“Every human being deserves to have their basic needs—food, shelter and health care—met without contending with the machinations of a partisan political class that abhors the poor,” said Bishop Dwayne Royster, political director for PICO National Network. “Forcing vulnerable families to be drug-tested before they can take their children to the doctor or receive a prescription for a potentially life-threatening medical condition is morally indefensible.”

Various states have waivers pending with the Centers for Medicare and Medicaid Services (CMS) that if approved would allow them to use work requirements, drug screening and testing, and eligibility time limits to determine who qualifies for Medicaid benefits. In December, seven states—Arkansas, Indiana, Kentucky, Maine, New Hampshire, Utah and Wisconsin—had pending waiver requests with CMS that would require adults to work as a condition of Medicaid eligibility. Other states actively preparing waivers or amendments for submission to CMS of proposals to add work requirements to their programs include Arizona, Kansas, and Mississippi, the Kaiser brief said.