You are here: Home / Archives for Obituaries

Forever Young – Eric Corey Newton
Eric Corey Newton was born on October 23, 1992 to Avery Stroud and Moses Eric Newton. His love for football began at an early age as he played for the Renton Rangers, excelled at Fife High School and Shasta Junior College and was extremely proud of his squad’s 2015 Semi-Pro Championship with the Puyallup Nation Kings. Forever will be missed, the playful young man known as “Easy” who had an infectious laugh and enormous heart of gold. Left to cherish Eric’s memory is his mother, Avery (Chris) Madden; father, Moses Newton; 12 siblings from a blended family and a host of aunts, uncles, cousins and friends, too many to name. Eric crossed over to eternal life on November 18, 2016. He was preceded in death by his grandparents, Moses Newton and Alberta B. Ross Newton, Simeon and Gertrude Dawson, and John Stroud.

Rickey M Shadrick, 65 years old of Seattle WA passed away on Sunday November 13, 2016. He was born in Seattle WA on January 13, 1951 to Riley Shadrick and Lois Cline. He attended The Blind School in Vancouver WA and worked at the Lighthouse for the Blind in Seattle WA for several years. He enjoyed helping out his neighbors and spending time chatting with everyone.

He is survived by his sister Charlene Little-Greene (Johnny Greene), Jerome Shadrick, Florence Harrell, Susan Phillips and Blanche Jones along with a host of nieces and nephews. He is predeceased by father Riley Shadrick, mother Lois Cline, as well as his two sisters Karen Snipes & Idell Shadrick and his beloved grandmother Idell Trass.

In lieu of flowers the family will accept donations for the Rickey M Shadrick memorial fund that will benefit low income blind adults to obtain a service dogs.

Shelton Leon Braxton owner of Jus’ Cuttin’ Up passed away November 13, 2016. He was a

Arrangements by House of Scott

Cornell Blair Archie Jr. I was born to Rosemary (Williams) and Cornell Archie, Sr. in Okmulgee, OK. He attended Horace Mann, Meany, Garfield, and received his Bachelor’s degree from the UW in 1973. Cornell Jr. played baseball and football and was involved in Scouting.

He is survived by his children, grandchildren, siblings, a host of family, friends, fraternity brothers and co-workers.

A memorial service is being held at Mount Zion Baptist Church located at 1634 19th Avenue in Seattle at 11:00 am on Saturday, November 5, 2016. In lieu of flowers, make donations to the UW Office of Minority Affairs & Diversity in his memory.

Walter C. Young was born in Louisville Mississippi on Feb 19, 1927 to his loving Parents Henry Franklin Young & Rose Anna Roe. Walter, was called home to be with God on October 21, 2016 at the “Young” Age of 89. He was a decorated war veteran, accomplished boxer, Dedicated church member & Loving Father. Walter leaves behind a host of family members & friends who will miss him dearly.

Walter, “God be with you until we meet again” We Love You! 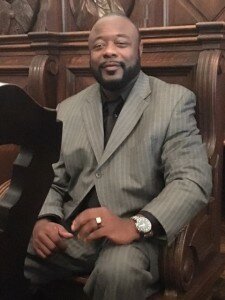 Born August 19,1969 to Harold R. Taylor, Sr. and Coy M. Taylor who preceded him in death. He passed October 14, 2016. He graduated from Cleveland High School in 1987 and pursued higher education receiving several certifications and his bachelor’s degree. His interests were in the medical field where he traveled from Seattle to California, Kansas, Washington D.C., and Florida to pursue his career. He enjoyed life. He leaves his children Brianna Taylor, Enriquez Taylor, and Jailynn Taylor. His sisters Harolyn (Lorraine) Taylor and Pamela Taylor. Aunt and uncle Delma Thompson and Luke Woods. Along with a host of family and friends. 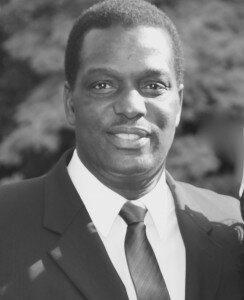 August 26, 1955 – February 29, 2016
Willie T. Hooks left this earth in a blink of an eye on Leap Day 2106 after taking a walk on the Cedar River Trail in Renton, WA. He moved from Sheffield AL to Seattle WA when he was 8, with his mother Nell Pritchett (dec.) and 5 sisters: Yvonne, Norah, El-May (Minnie), Deborah (Day-Day), and Nell Elizabeth (dec.). His older brothers Judge and George moved to this area later.
Willie grew up near Garfield High School and played basketball with the “Superdogs” team. He retired from Boeing after 33 years. Willie is survived by his wife April, children Jeremiah (Michelle), Nehemiah and Genova (Stefan), and 5 grandchildren.
Memorial services Saturday, March 19 at 11 a.m., Seed of Abraham Pentecostal Church located 246 N Wells, Renton WA 98055 where Willie was an elder of long standing. 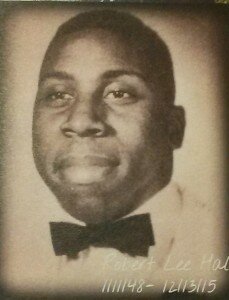 Robert Lee Hall III, Bobby, was born on January 11, 1948 in Seattle, Washington to Robert and Delores Hall. He was born at the same time his mom’s sister Lucille was giving birth to his cousin Leon Hendrix.
Bobby was a part of the upward bound program that he credits to his success in being the first African American to graduate in Chemical Engineering from the University of Washington.
He was preceded in death by his son, Landon S. Hall; his sister Julia Julien, his mother, Delores Hamm, and his father, Robert L. Hall. He is survived by his children, Marcus Hall, Dustin Hall, Jason Hall, Shawn Hall, Meleah Hall and Seattleite Satellite; his sisters Roberta Langworthy and Delores Bundy; his brother, Edward Hall and numerous cousins, nieces, nephews, and grand kids. Complete obituary and guestbook on-line at http://www.funerals.coop

Ivory was born Ivory Lee Hendrix on August 24, 1941 in Marion, LA. She attended college at Grambling State University majoring in Home Economics. She moved to Seattle in 1965 with her two young daughters (Vivian & Lonia) to be with her husband, James D. Tate. James was already in Seattle making a home for his family. The Tate family was blessed with a son (Charlie) in 1968. Ivory worked for the Seattle School District, in Special Education for more than 30 years. Ivory was a member of Causey Memorial (House of Refuge) for more than 40 years. She was a Sunday school teacher, Usher, Missionary and friend. Ivory’s Memorial service will be held on Saturday, January 16th, 11:00 am, at The Matt Talbot Center, 2313 3rd Ave, Seattle, WA 98121.