You are here: Home / LifeStyle / Business / Need Diversity In Your Workplace? 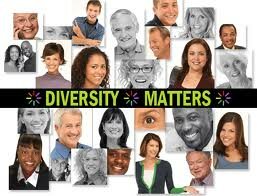 It might feel more comfortable to work with people who are – more or less – just like you, but study after study has shown that’s not the best way to do business.  Research finds that diverse workforces are more effective workforces, which is why many large companies now have diversity programs for the recruitment and development of women, racial minorities, and LGBTQ individuals. “And that’s a good thing, but having a diverse workforce doesn’t go far enough,” says Jeremy Greenberg, founder of Avenue Group (www.AveGroup.com), a firm that advises private equity firms, Fortune 500 executives, and mid-market companies.  “It’s also important to have diversity represented in leadership and role model positions, and America’s institutions – from large corporations to universities to the music world – are lacking on that front.”

Avenue Group recently conducted a study to determine the level of diversity among role models in today’s America. The study looked at the top 100 leaders in nine categories: Fortune 100 CEOs, U.S. senators, presidents of top-ranked universities, best-selling authors, top-selling musicians, directors of the highest-grossing films, producers of the highest-rated TV shows, stars of the most-popular YouTube channels, and hosts of the most-popular podcasts. For the most part, Greenberg says, white men dominate in percentages far beyond their representation in the overall population. “There’s a stark difference in diversity between the leadership role models and the general population,” Greenberg says. “White males account for 69 percent of the role models, even though they make up just 31 percent of the U.S. population.”

Greenberg says a few things worth knowing about diversity include: 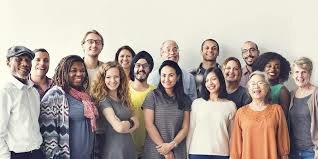 “There is certainly a long way to go to improve diversity across all categories,” Greenberg says. “As our role models become more diverse, those who aspire to emulate them will be more inspired and provide tangible examples of success to help them move through their career journeys.”

You can review the findings from the Avenue Group role model diversity study here.

Jeremy Greenberg (www.AveGroup.com) is the founder of Avenue Group, which advises Fortune 500 executives and mid-market companies. He is also the co-founder and CEO of Flyte Fitness, an exercise equipment and education company. Jeremy built multi-million-dollar businesses for two Fortune 500 companies (Capital One and Avon Products) and is an Entrepreneur in Residence at The Wharton School at the University of Pennsylvania, where he holds an MBA.