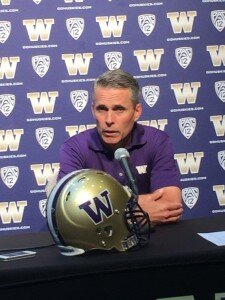 The eyes of college football will be on Husky Stadium Friday night as the 9th ranked University of Washington Huskies ( 4-0, 1-0) take on the 6th ranked Stanford (3-0, 2-0) Cardinal (6 p.m. PT ) in a nationally televised game on ESPN. Washington is coming off a 35 to 28 OT win over the Arizona Wildcats  in Arizona.

Stanford is coming off an impressive 22-13 win over the UCLA Bruins in Pasadena. The  game was a nail bitter until Stanford scored two touchdowns in the last 24 seconds to secure it’s  ninth- consecutive victory over the Bruins.

The Huskies’ current seven-game winning streak is tied with Stanford for longest in the Pac-12 and fourth-longest in the nation. Fridays game will be the first time two top-10 teams meet in Husky Stadium since 1997.