The Seattle Seahawks regained some of their swagger with Sundays 37 to 18 dismantling of the  San Francisco 49ers in front of 69,010 fans at CenturyLink Field. The Seahawks returned to their old ways of playing stifling defense, using the run game to soften up the opponents defense and finish off the tired defense with play action passes.

Like any game, there where a few surprises to the Seahawks win. Quarterback Russell Wilson suffered a knee injury in the third quarter after a Horse Collar tackle by 49er linebacker Eli Harold. While the defender was penalized for the illegal hit, it was of little consequence to the Seahawks who watched their franchise quarterback wincing in pain as he raised himself up from the turf. Wilson has since been diagnosed with a right MCL knee sprain but is expected to play in Sundays game at New York when the Seahawks take on the Jets.

On what he learned today about Russell Wilson’s knee injury) “That he’s remarkably well off for having a play like that. He looks very good, very upbeat and positive about feeling like he’s going to be fine. It was just all positive.”

(On whether he expects Russell Wilson to play on Sunday) “Yes. It’s really early to say because he hasn’t done anything other than just convince me of that thought, he’s done a very good job so far.”

(On whether Russell Wilson will be limited in practice) “We’ll see. We’re planning on practicing him on Wednesday.”

WHAT HE LEARNED FROM THE FILM

On what he saw from tape) “It looked like we took a step forward in a couple of areas that we were hoping to. We wanted to run the ball a little better. It felt like early on we were making some better progress up front, and it turned into a really good day on third down which really leads to the opportunities that allow us to get to some of the bigger pass plays and some of the more explosive plays that we’ve been hoping to get. I think we wound up with nine explosive plays which is the best of the first three games, that’s kind of the range of when we’re hitting it, it’s right around there. Really fired up about the defense. The first three weeks of the season we’ve really played the same. Very aggressive, tough football and good at the line of scrimmage. Also really effective on third down and we’re running really well to the ball and stuff. Some real good positive things there for three weeks in.”

After liming the 49ers to a Field Goal for the first three quarters, the defense surrendered two late fourth quarter touchdowns.

(On if there was some frustration amongst the defense with two late touchdown drives at the end of the game)   “Yeah there was, I think for all the obvious reasons. Our guys have a lot of pride and really we were a little out of sync. We were trying to get after the quarterback and rush the passer thinking that they were going to try to get their way back in it by throwing it. As we kind of admitted to the players, as coaches we felt the same thing. We were trying to get some pressure on the quarterback and they kept running the football. They in essence decided that’s how to finish the game. We didn’t believe it so we kept rushing the passer and they kept running it. They got half of their yards in the late last eight or nine minutes in the game. Good for them, they did a nice job. But it was frustrating because our guys don’t want to see that. They’ve worked really hard for three and a half quarters to not let that happen and we gave them some yards.” 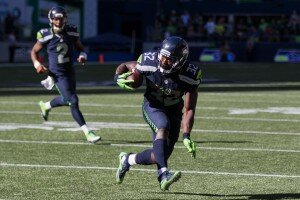