You are here: Home / Featured Stories / Local-control legislation would give cities authority to address the crisis of increasing gun violence 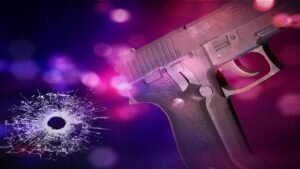 Calling gun violence a public health crisis in Washington state, Rep. Nicole Macri testified before the House Judiciary Committee, Thursday, January 25, on her bill allowing cities, towns, and counties to enact gun-safety regulations over and above those created by the Legislature.

Macri stressed that the bill doesn’t require local governments to adopt new regulations. Instead, it simply removes limitations that for more than three decades have prevented locals from regulating firearms.

“Local elected officials and police chiefs are best positioned to know how best to protect their communities and may wish to limit firearm access in certain public places – like public parks and libraries where kids play and learn,” Macri, a Democrat from Seattle’s 43rd legislative district, said.

“For over 30 years, our local towns, cities, and counties have been blocked from taking action on their own to prevent gun violence because of the statewide preemption law,” she continued. “This legislation would allow our cities and towns to take steps to better protect families and communities.”

The Judiciary panel has until February 6 to decide whether to commend HB2666, with nearly two dozen cosponsors, to the House Rules Committee preparatory to a vote by the full House.