Once again, the Labrador Retriever took Seattle’s top spot in the American Kennel Club’s (AKC®) 2017 ranking of the most popular AKC-recognized dog breeds in the U.S.
The Lab was also recognized as the #1 pup in Washington D.C., Boston, and Denver.

“The Lab held onto the top spot in Seattle, but the Shiba Inu made a big move breaking into the top 10,” said AKC Executive Secretary Gina DiNardo.  “These alert and active dogs show no sign of slowing down.” 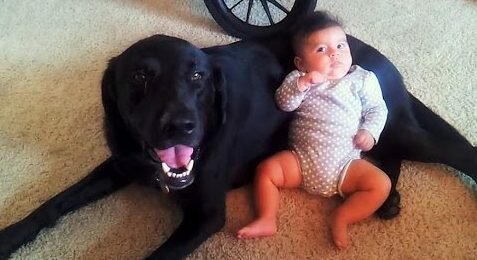 The AKC also announced its nationwide rankings today in a press conference at its New York City headquarters. The intelligent, family friendly Labrador Retriever firmly holds on to the number one spot on the most popular list for a record-breaking 27th consecutive year.

While the Labrador Retriever remains a constant at the top of the charts, the big mover and shaker in 2017 was the French Bulldog.  The easygoing, playful, adaptable Frenchie not only jumped two spots to number four, it knocked the Beagle out of the top five for the first time since 1998.

The American Kennel Club, founded in 1884, is a not-for-profit organization which maintains the largest registry of purebred dogs in the world and oversees the sport of purebred dogs in the United States. The AKC is dedicated to upholding the integrity of its registry, promoting the sport of purebred dogs and breeding for type and function.  Along with its nearly 5,000 licensed and member clubs and its affiliated organizations, the AKC advocates for the purebred dog as a family companion, advances canine health and well-being, works to protect the rights of all dog owners and promotes responsible dog ownership. More than 20,000 competitions for AKC-registered purebred dogs are held under AKC rules and regulations each year including conformation, agility, obedience, rally, tracking, herding, lure coursing, coonhound events, hunt tests, field and earthdog tests. Affiliate AKC organizations include the AKC Humane Fund, AKC Canine Health Foundation, AKC Companion Animal Recovery and the AKC Museum of the Dog.  For more information, visit www.akc.org.