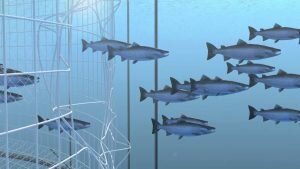 Executive Dow Constantine is seeking a six-month moratorium on non-native salmon pens along King County’s marine shoreline on Vashon and Maury Islands. New rules will be developed to eliminate the risk of farmed, invasive species to our native salmon and serve as a model for other jurisdictions across Puget Sound.

“The hundreds of thousands of farmed, invasive Atlantic salmon that spilled into the Salish Sea in August threaten our native fish populations and our way of life,” said Executive Constantine. “Atlantic salmon don’t belong here. Beyond a six month moratorium, we need to ensure these operations can never again pose a threat to indigenous salmon already struggling to survive.”

Legislation enacting the moratorium will be transmitted to the King County Council on Monday, Nov. 27.  Indian tribes including the Muckleshoot Indian Tribe and Suquamish Tribe reviewed and approved the proposed moratorium to ensure it did not interfere with their local fisheries and treaty rights.

In the State of Washington, commercial net pens are required to obtain federal and state permits. Local governments like King County can also require permits as part of implementing shoreline master plans.

While the state has issued a moratorium on permits they administer for net pens, an applicant could still apply for and receive a county shorelines permit.

The moratorium announced by Executive Constantine will enable King County to review and strengthen its shoreline regulations to eliminate the risk of harm from non-native salmon farming to native salmon runs and sensitive shorelines.

King County rivers are home to seven native salmon species, including chinook, steelhead, and bull trout populations that are protected by the Endangered Species Act. Puget Sound is where these and other salmon species spend much of their lives, feeding for a year or more, before returning to their home streams to spawn.

King County and a host of partners, including treaty Indian tribes, cities, counties, and state and federal agencies have invested heavily in salmon-habitat preservation and restoration efforts.

Executive Constantine’s proposed moratorium coincides with a state-mandated review and update of King County’s Shoreline Master Program. The program includes policies, regulations and plans that manage the shorelines within King County’s jurisdiction, and is incorporated into the County’s comprehensive plan.

The Shoreline Master Program must be reviewed, updated and delivered to the Washington Department of Ecology by June 30, 2019.