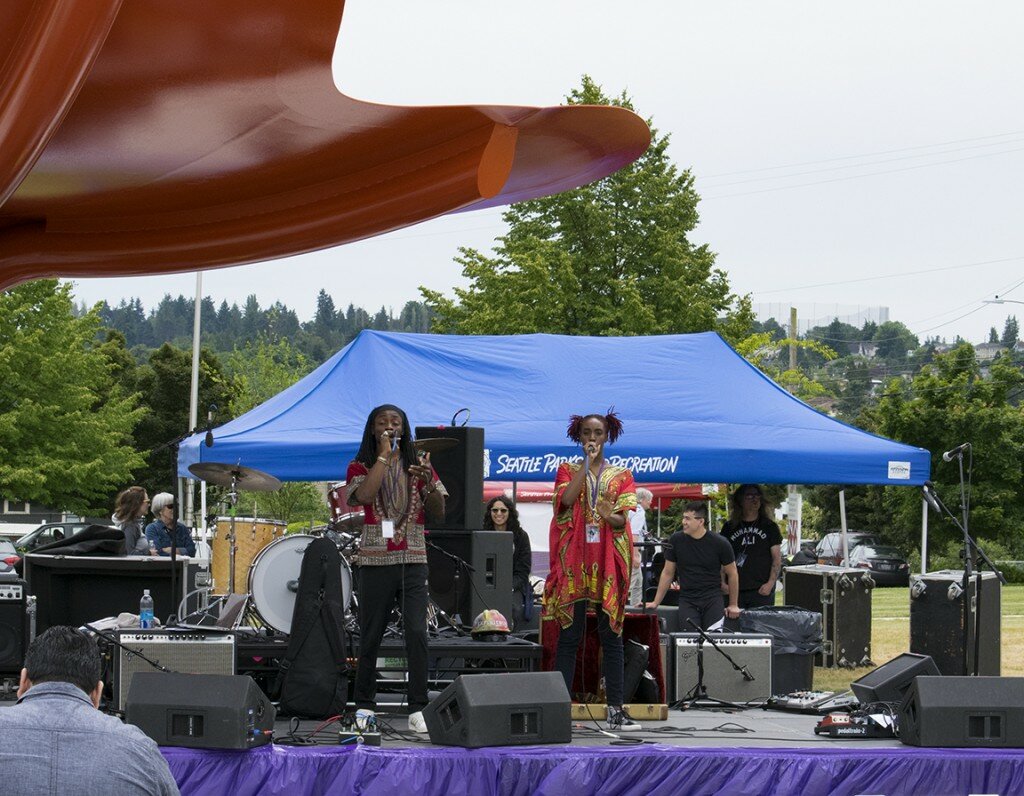 In Celebration of Jimi Hendrix By Madison McQueen

Almost three years after the initial planning for the Jimi Hendrix Park began; the long-awaited grand opening saw a mass of about 200 people sporting concert memorabilia and the need to rock. The audience swayed, bobbed their heads, and stamped their feet in unison to the music from bands such as the Bellevue School of Rock, Peace & Red Velvet, Henry Cooper, and Grace Love.

While art swirled through the air, a more tangible form of art was evolving on the concrete sidewalk that wound its way around the park. Men, women, and children of all ages, professional and amateur, were creating their own chalk art inspired by Jimi Hendrix and the unity he dreamed of expressed in colorful rainbows and reverent caricatures of him.

And when the music wasn’t blasting and the chalk artists had finally reemerged covered in fluorescent dust from behind the towering sculpture reminiscent of Hendrix’s song “Little Wing,” guest speakers from Youth Speaks Seattle enticed us into conversation about creating more black inspirations in the media and the love lost between this oppressive country and its people.

The concert and poetry slam was viewed from a modest stage on the front lawn of the Northwest African American Museum while photographers swarmed the area, some plopping themselves down crisscross inches away from the front of the stage and others documenting the now finished illustrations.

This unapologetic celebration of Hendrix’s memory stayed true to his band’s name all these years later. It was truly an experience.