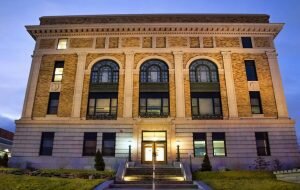 Gov. Jay Inslee today announced the appointment of Robert B.C. McSeveney to the Chelan County Superior Court. He replaces Judge T.W. “Chip” Small, who is retiring after more than 26 years on the bench.

McSeveney is currently a pro tem judge in the Chelan and Okanogan County District Courts.

For more than 17 years, McSeveney served as a municipal court judge in Kent. Over nine of those years, he also acted as a pro tem judge in King County Superior Court.

Following McSeveney’s career at the Kent Municipal Court, the Obama Administration appointed him in 2011 as a United States immigration judge in San Diego, where he served for over five years. While there, he presided over a first-of-its-kind immigration mental health court.

He began his career in law enforcement as a police officer in Bellevue where he later served as the city’s deputy prosecuting attorney, an assistant city attorney and a public defender.

“Bob has decades of judicial experience that encompass the gamut of legal issues,” Inslee said. “I am confident that during this period of transition at the Chelan County Superior Court, Bob’s lengthy judicial and law enforcement experience will be especially valuable. I look forward to what he will bring to the bench and to those who appear before it.”

His appointment is effective February 2018.