You are here: Home / Entertainment / Arts / If you haven’t yet, for Women’s History Month please order one (two or three) of these eBooks written by and about Black Women 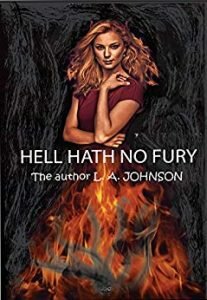 If you haven’t yet, for Women’s History Month please order one (two or three) of these eBooks written by and about Black Women:  Two books about pioneering Black women; “Fanny Marion Jackson Coppin: First Black Female Principal,” amazon.com/dp/B06XDJ9FKN  (available on Over Drive) and “Ms. Forten of Philadelphia,” amazon.com/dp/B01N22E6JC. Both books are free with Amazon Prime.
Short, sweet, and only 99 ȼ.  Five stars on Amazon.com ! “Hell Hath No Fury.” amazon.com/dp/B0734J5N5G.
THE DOWN LOW ON THE LOCK UP!!!! “ABCs of the BOP;” Re-released, updated, new and improved, ready for primetime paperback, amazon.com/dp/1548538515 or eBook, amazon.com/dp/B077Y5Z6SC  Get your copy now. Give a copy to someone else to read. Recommended reading for anyone pursuing a career in criminal justice; anyone who has an incarcerated friend or relative; anyone who believes it is time for criminal justice reform; and anyone who just wants to know what the heck goes on in women’s prisons.
Thank you in advance for ordering my books.
L.A. Johnson of Aberdeen, WA
About Author:

L.A. Johnson of Aberdeen, WA  first book, “The ABCs of the BOP,” I’ve adopted the pen name L.A. Johnson. After reviewing my book, my granddaughter referred to me as “Piper.” That made me feel real good.

I earned an A.A. from Fresno City College, a B.A. from Fresno State and a M.S. and Ph.D. in Educational Administration from Purdue University. I retired from the Los Angeles School District with 26 years of teaching service credit.

From my humble beginnings in Hamlin, Texas to my current home in Aberdeen, Washington, I’ve journeyed far; that is meant in both the literal as well as the metaphorical sense. 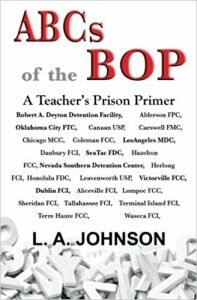 I am one of the many who was wrongfully investigated, convicted, and incarcerated for crimes that I did not commit. As of today, I am still fighting to have my conviction overturned. I have faith that one day I will succeed.

Nelson Mandela said “After one has been in prison, it is the small things that one appreciates: being able to take a walk whenever one wants, going into a shop and buying a newspaper, speaking or choosing to remain silent. The simple act of being able to control one’s person.”

I have found that to be quite true. Other books that I have written are: