You are here: Home / Featured Stories / Greetings from Olympia

Optimism dominates the mood this session, which is scheduled to end March 8. This fall, Senate Democrats regained a slim one-vote majority through a special election, and the House still holds an equally tight Democratic majority. This means many progressive policies previously passed by the House only to “die” in the Senate are now being resurrected and discussed in earnest in the Senate for the first time in several years. A few are already moving quickly through both chambers.

Most notably, Thursday night the Legislature passed the Capital Budget. The passage of this bipartisan budget was stalled for months because Senate Republicans linked it to a separate and contentious rural well water policy issue (known as the Hirst decision).  Not only did this mark the first time in the state’s history that the Legislature adjourned after its long session without a Capital Budget, it also delayed several crucial construction projects by almost a year, costing thousands of family wage jobs and causing us to lose an entire construction season. 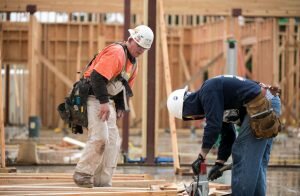 Overall, the Capital Budget will pump $4.2 billion into Washington’s economy.  That’s money for affordable housing, mental health, colleges and universities, clean energy, hike and bike trails . . . it’s a good budget that puts people first.  Here in the 43rd district, we’ll be investing more than $200 million in everything from expanded capacity at the Country Doc Community Clinic to $150 million in improvements on the UW campus.