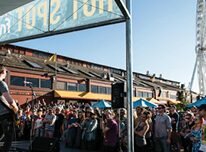 Friends of Waterfront Seattle has announced its 2018 waterfront summer event lineup, featuring free live music, performance, and sports for all ages. Family-friendly performances occur every Saturday and Sunday from July 7 through September 2 at Hot Spot, the event stage on Pier 58, located at 1401 Alaskan Way.

Friends of Waterfront Seattle is the City of Seattle’s nonprofit partner helping to build the park and ensure its lasting success. Following the public-benefit partnership model, we educate the public about the park and its benefits, raise philanthropic funds to build the park, and will partner with the City to manage and program the park long-term. Our goal is to make the central waterfront a public mixing ground where all communities can share cultural, recreational, and civic experiences in a beautiful environment. Waterfront Seattle / Friends is a founding member of the High Line Network, a movement in cities across the world to reclaim underutilized infrastructure and reimagine it as public space. Explore the future park at our project showroom, Waterfront Space, located at 1400 Western Avenue in Seattle, and open Wednesday through Sunday, noon to 5 p.m. 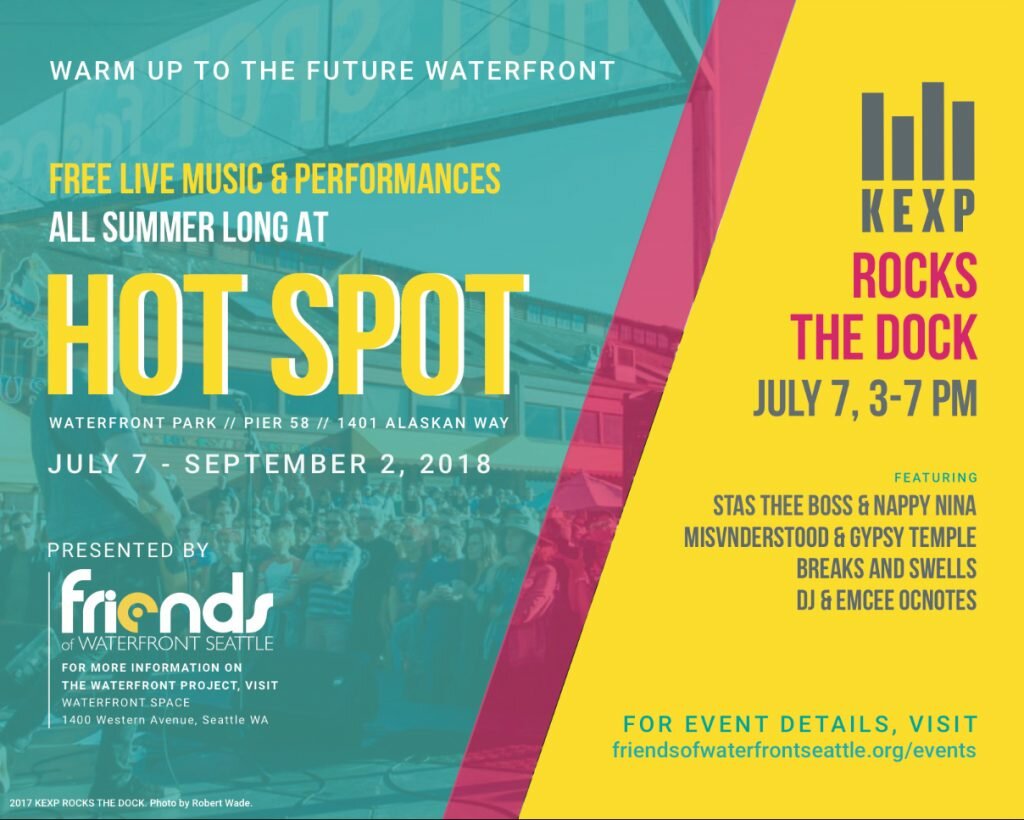