What happens on the waterfront after the Viaduct is gone? Friends of Waterfront Seattle invites you to imagine the future park with a special pop-up umbrella performance by Kinesis Project dance theatre at Pier 58 while the public will be strolling on the Viaduct for one last time. 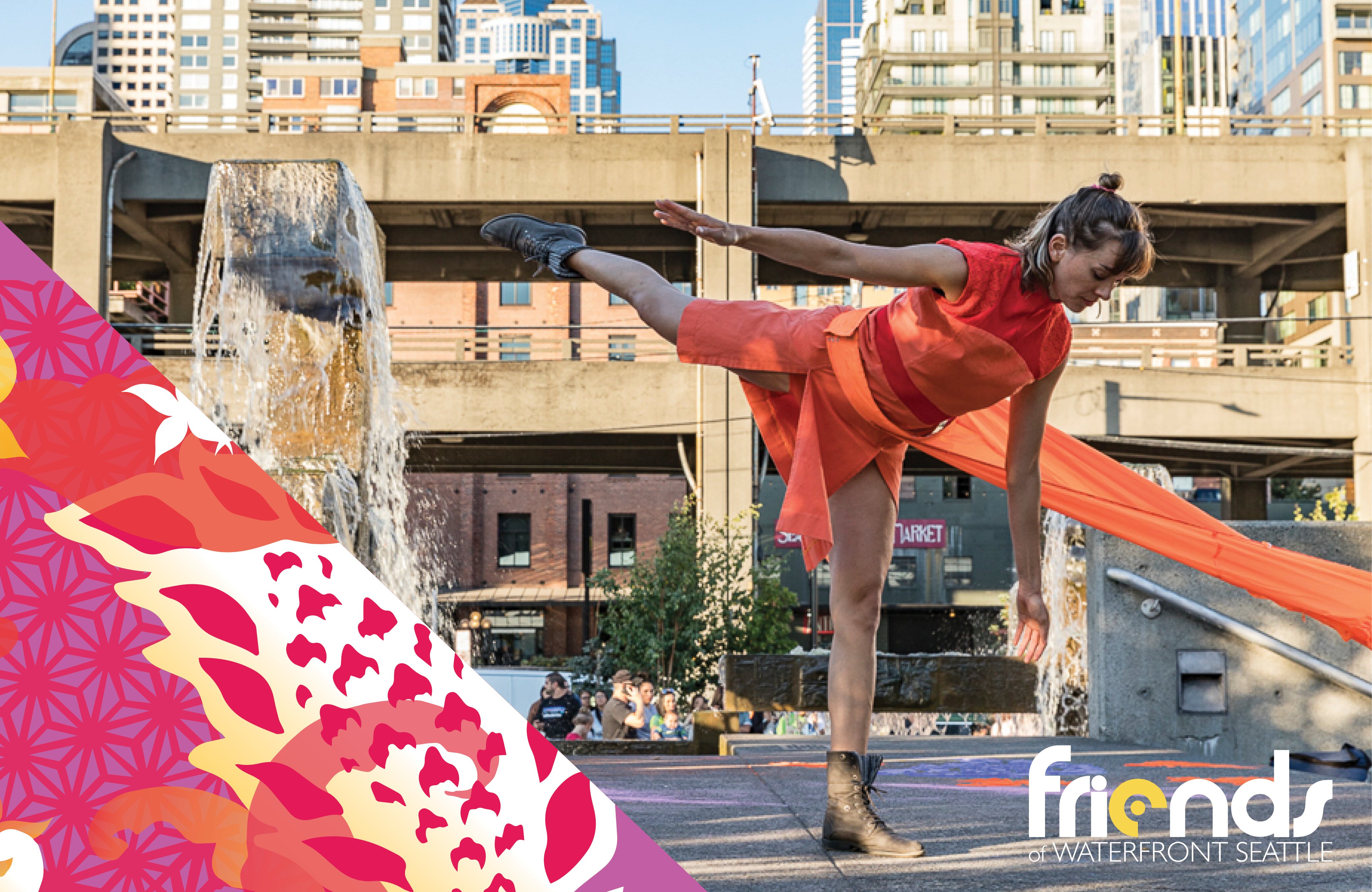 WAKE, a colorful, large-scale, site-specific performance on the waterfront by Kinesis Project dance theatre accompanied by music from Filthy FemCorps, Seattle’s all-female-non-binary street band, will take place Saturday, February 2 at 2 p.m. and 4 p.m. at the pier between the Great Wheel and Seattle Aquarium. Jazzy, joyful, and artful, the performance will celebrate the post Viaduct future when the city is reconnected to its central shoreline via living, dancing, powerfully beautiful art in public spaces. 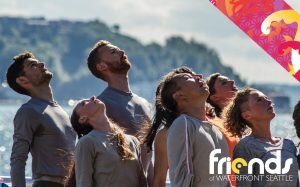 Community members will line the way toward Pier 58 with breathtaking and bright umbrellas designed by Seattle artist, Celeste Cooning. The pop-up performance will have dual vantage points — waterfront visitors will be able to watch the performance from the Viaduct and the ground

Friends has been enlivening the existing waterfront since 2015 with cultural events, including live music and performances including the K-Pop Now! Festival, 206 Zulu Beat Masters hip hop beat-making competition, and site-specific dances by Kinesis Project dance theatre. Saturday’s WAKE performance is a taste of things to come with the waterfront park. To learn more about what’s coming to Seattle’s waterfront, visit www.friendsofwaterfrontseattle.org/coming_soon.

“We are thrilled to be celebrating this moment in Seattle’s history with a cultural happening representing the park’s awakening. Seattle’s future Waterfront Park will provide beautiful spaces for people to play, relax, enjoy the views, and have unforgettable experiences,” said Heidi Hughes, Executive Director of Friends of Waterfront Seattle.

Kinesis Projects dance theatre’s Artistic Director and Choreographer Melissa Riker said, “My goal is to create a vibrant and unforgettable impression of colors, music, art, and movement. WAKE will bring the energy of Seattle’s awakening Waterfront Park right before the city’s eyes.” 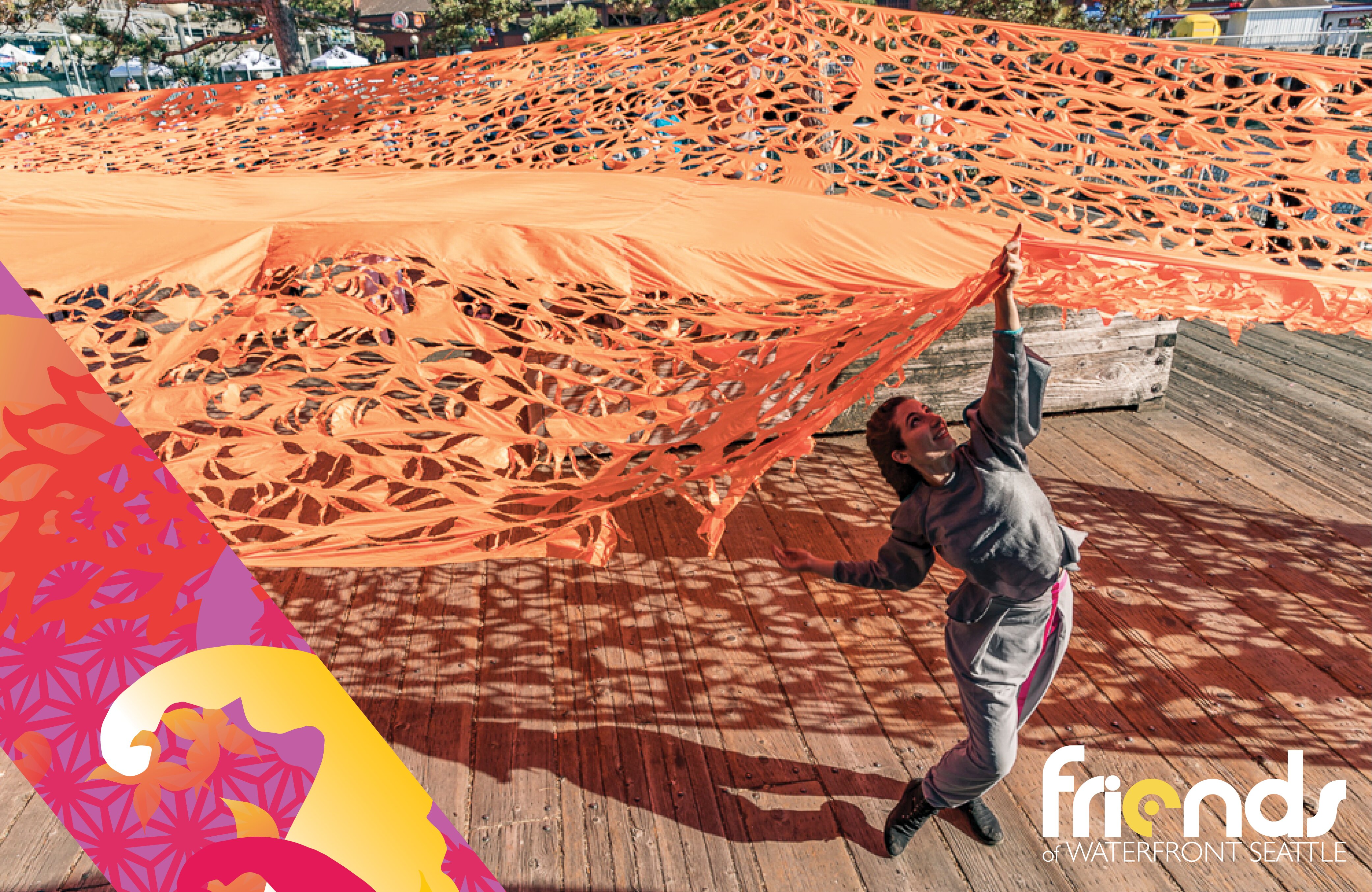 Friends of Waterfront Seattle is the City of Seattle’s nonprofit partner helping to build the park and ensure its lasting success. Following the public-benefit partnership model, we educate the public about the park and its benefits, raise philanthropic funds to build the park, and will partner with the City to manage and program the park long-term. Our goal is to make the central waterfront a public mixing ground where all communities can share cultural, recreational, and civic experiences in a beautiful environment. Waterfront Seattle / Friends is a founding member of the High Line Network, a movement in cities across the world to reclaim underutilized infrastructure and reimagine it as public space. Explore the future park at our project showroom, Waterfront Space, located at 1400 Western Avenue in Seattle, and open Wednesday through Sunday, noon to 5 p.m.

Kinesis Project dance theatre is a non-profit organization that creates site-specific dance performances and facilitates educational programs. The company produces large-scale, space-changing, and unexpectedly intimate dances. Kinesis Project is at the forefront of the international discussion of placemaking, art engagement with diverse communities, and the cultural imperative of art in public spaces.