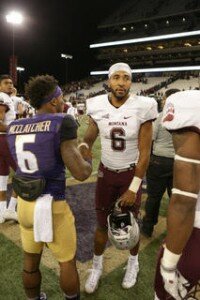 The friendship of Keenan Curran and Chico McClatcher dates back to their Junior Football days in Federal Way, WA at the local program called the Federal Way Hawks. Both players became top high school players at Federal Way High School. The two stand out football players, that happened to be best friends, lead their Division 1 college programs into battle at Husky Stadium on September 9th.

The friends are Wide Receivers, Keenan plays for Montana Grizzles and Chico plays for Washington Huskies. Both players had a productive game combining together 6 receptions for 82 yards. The friendship has a strong bond and they both wear jersey #6 and they refer to themselves as the “Sixers.” 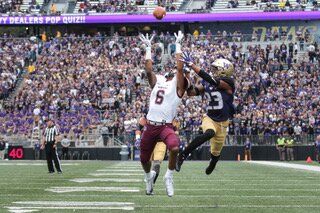 Many locals of the families, friends, former high school, and junior football coaches showed up at the game in 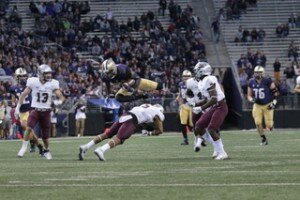 support of Curran and McClatcher. As these best friends continue to grow in their bond and skill set on and off the field they continue to compete at the highest level of college football. These dynamic players have gone from Saturday mornings, to Friday night lights, to achieving their dreams playing under Saturday night lights.