You are here: Home / Entertainment / How a Children’s Book is Fighting the Gender Pay Gap 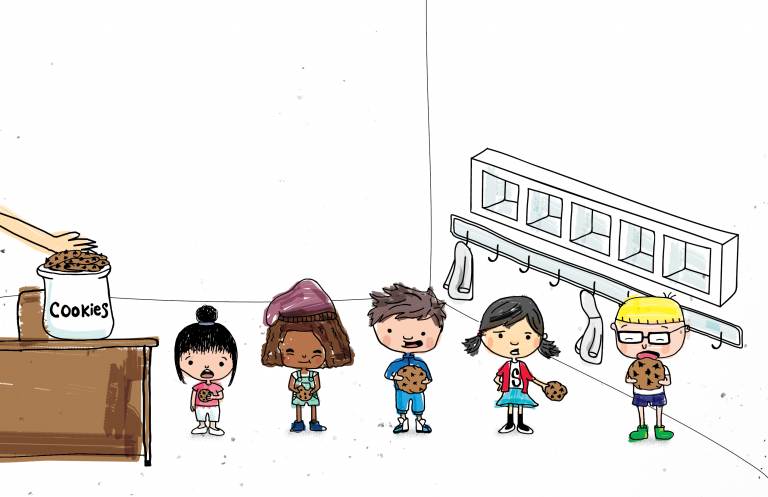 When Emily Kim graduated from law school in 2011, the job market was bleak. She was thrilled when she landed her first position and she took the salary offered, fearing that negotiation might cost her the job.

A while later, Emily assumed a role managing the office’s budget. In comparing past years’ payroll expenditures, Emily saw something that shocked her. The man who had previously occupied the position had been paid $10,000 more.
“We had the exact same qualifications,” she said. “We graduated law school in the same year.”
Emily couldn’t believe the discrepancy. “That really amped me up, and made me hyper-aware moving forward to think about salaries and what you’re worth.”

In recent years, Emily has been active in the fight for Equal Pay. Emily worked for Councilmember Jean Godden and joined Seattle’s Gender Equity in Pay Taskforce, where she focused on passing a paid parental leave policy. To generate more conversation about gender equality, Emily wrote a children’s book, “Sabrina for Student Council”, and has launched a Kickstarter to help fund it. She was “inspired to write a story to empower little girls, and especially little girls of color, to stand up for what is right and to engage in public office.”

The book tells the story of Sabrina, a young girl who speaks out against gender discrimination. At her school, the boys always get bigger cookies than the girls at snack-time. Sabrina’s teacher explains that “it’s just the way it is.” Dissatisfied with this answer, Sabrina launches a student council campaign and advocates for gender equality. The book follows her as she partners with student associations, negotiates with unions, and fights for policy change.By exposing children to concepts of equality, discrimination, and the political process, Emily hopes that “Sabrina for Student Council” empowers young readers to engage in politics and fight injustice.

Emily is thrilled about Washington’s Equal Pay and Opportunity Act (HB 1507) that passed through the legislature this year. By ending employer pay secrecy policies, requiring provision of job-related reasons for differences in pay and opportunities, and strengthening workers’ rights to inquire about their pay, this bill protects women from the pay discrimination that Emily experienced.