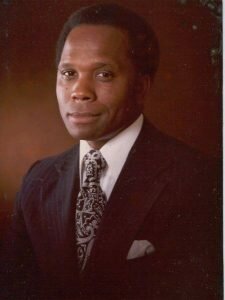 David Fredrick Mann, the youngest of ten children, was born in Dalton, Georgia, on February 16, 1933 to the union of King Solomon and Mary Mann located at 603 Spring Street.  After attending first through eighth grades at Emery Street School in Dalton, David moved to Detroit, Michigan, to live with his brother, John “Snook” Mann.   He finished his high school education at Miller High School in Detroit and soon after attended Wayne State University. In 1953, David had the privilege of being the first Sepia athlete to sign a professional baseball contract out of the State of Michigan. Adding to this historic fact, two black Daltonians, he and Harry “Suitcase” Simpson, were the first and only athletes to play pro baseball from Dalton,Georgia. David played professional baseball for 13 years with the St. Louis Browns, Brooklyn Dodgers, Boston Red Sox, and Cleveland Indians organizations. David holds the distinction of playing with and being the roommate of Satchel Paige, when they played for the Miami Marlins in 1960. 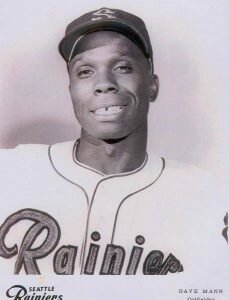 Another prominent memory for Dave happened in 1963 when he became the first black baseball player to play for the then Atlanta Crackers of the International League. In 1962, the year of the World’s Fair in Seattle, David moved out west to play baseball. He, along with Hall-of-Famer Carl Yastrimski and Earl Wilson, came from the Minneapolis Millers, a Triple A Club of the Boston Red Sox organization, to play for the Seattle Rainiers. David played with the Rainiers for three years before retiring in 1965. David fell in love with the Pacific Northwest and made Seattle his home.  After retiring from baseball, Dave worked for Nordstrom.  He was the first African American male model to be featured in the Nordstrom catalogs. His recognition and achievements in the black community were important, but David was even more passionate about the growth of mankind.  He was an ambassador for equal rights and the struggle that brought all of us together. 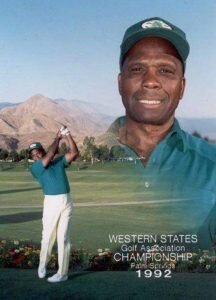 In the early 70’s, David found an outlet to speak his truths from a black athlete’s point of view.  He became the sports editor for The Facts Newspaper, a weekly publication with a focus on the black community in the Pacific Northwest.  He wrote Mann’s Bits & Pieces, a newspaper column that was published weekly for over 40 years.  David was also a photographer (Mann’s Photography) capturing the memories and moments of a lifetime. David was a man of habit. Healthy living was his obsession. He worked out relentlessly.  After baseball, Dave played tennis, skied, and lifted weights. A true man’s Mann, David had three heart attacks on the racquetball court.  But his love was golfing. For David, it was more than chasing rabbits and squirrels….it was about the individuals and people he met .

David found a family in Fir State Golf Club. He was very active in building and supporting Fir State.  David was instrumental in creating opportunities for youth with the Fir State junior program. If there was ever a need, David was the first to extend his monetary funds and, more importantly, his time and effort. David’s brotherhood and bond with the members of Fir State still continues. David touched everyone he came across. He was a true gentleman in every way.  On May 14, 2018 at the Golden Age of 85, David Fredrick Mann left 3rd Base and ran for Home. He will never be forgotten in our minds and will always be remembered within our hearts. 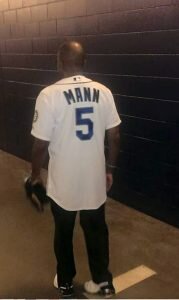 Golf outing open to all , followed by MEMORIAL SERVICE AFTER GOLF OUTING in banquet room of West Seattle Golf Course at 5 PM for a memorial to David Mann upon completion of golfing .
Confirm your tee time for yourself or your group with Al Hairston by May 27 th at al_hairston@comcast.net.