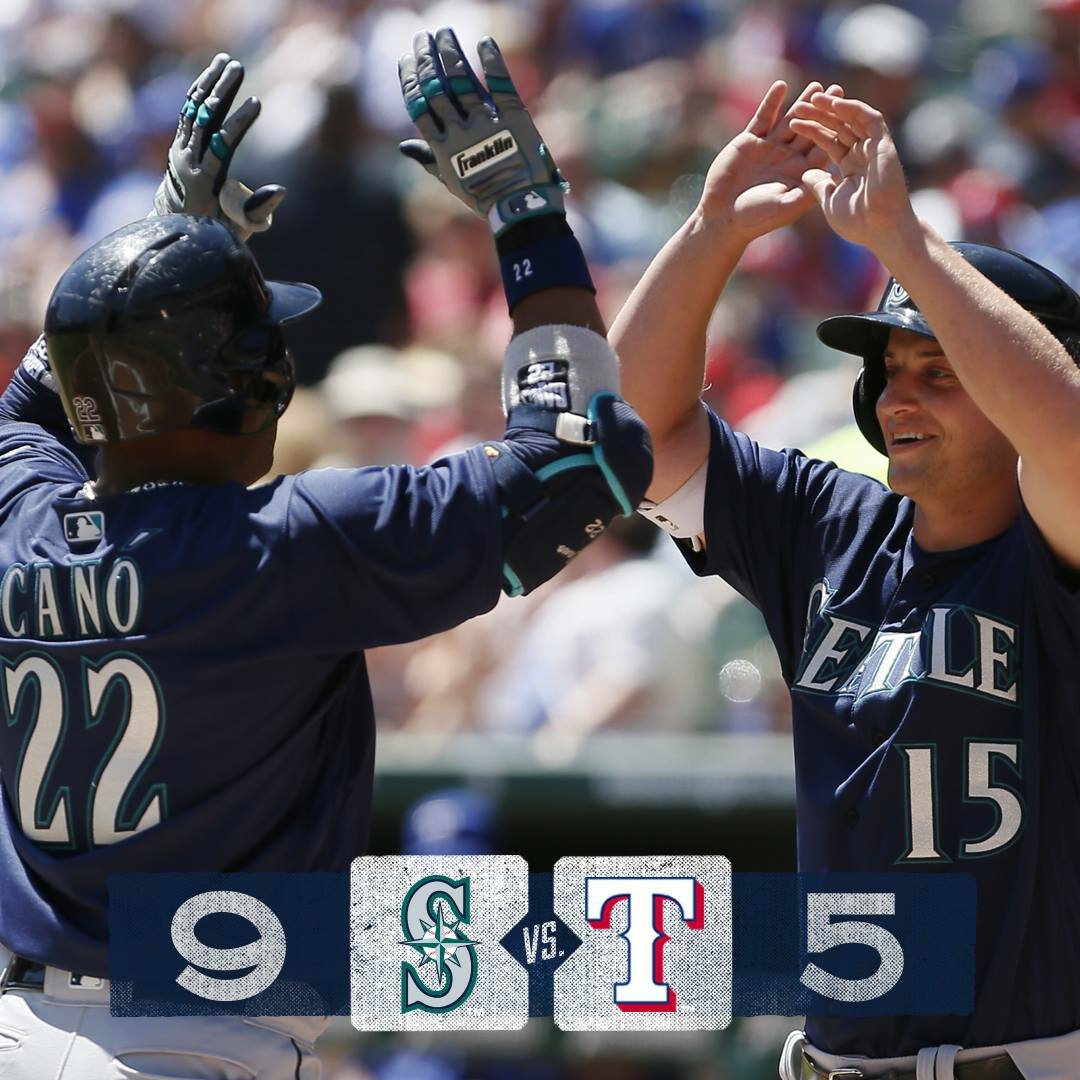 If hope springs eternal, a red hot hitting second baseman can only add to ones optimistic view of life. The combination of  never quit until the last out and  Seattle Second baseman Robinson Cano’s torrid hitting streak of a home run in the first three games of the Seattle Mariners season, finds the M’s with a series sweep of the defending American League West Champions Texas Rangers.

While no one is quiet ready to start talking about playoffs, I mean it’s three game in a 162 game season. Reason to believe  sure, talk of  best in the West , hmm not so much. The Mariners  have plenty of reasons for optimism going into Friday nights  7:10 p.m. home opener against the Oakland A’s.

In addition to Cano’s hitting, the Mariners are scoring late inning runs when behind.  Why is this important ? In 2015, the Mariners had just one win  in which they entered the ninth inning trailing, according to Stats, Inc . Oddly enough that one win was against the Rangers, on April 19th at Safeco Field.

After losing Mondays season opener to the Rangers 2-3, the M’s won the second game 10-2 after giving up a a two run lead. The M’s scored two runs in the seventh inning to take a two run lead and scored six runs in the eight for the emphatic victory in which Nelson Cruz and Cano each tagged a home run.

In  Wednesday’s  rubber match between the AL West rivals, Cano continued his baseball bashing act by hitting two home runs and driving in  five runs. One of the home runs capped a Seattle five-run ninth inning scoring barrage that capped a 9-5  victory and the three game series.

“It was a good series,”  Cano told MLB.com after the game. “Not because of the way I ended up swinging the bat, but the way we ended up coming back, especially in that game, and be able to win the series. That was an exciting ninth inning, but I know we’re that kind of team. In Spring Training, we showed that if we are down by five or six runs, we can come back. We are a team that can compete with anyone.”

Taijuan Walker is scheduled to pitch Friday night when the M’s take on the Oakland A’s in the home opener for the Mariners. Eric Surkmap will be on the mound for the A’s