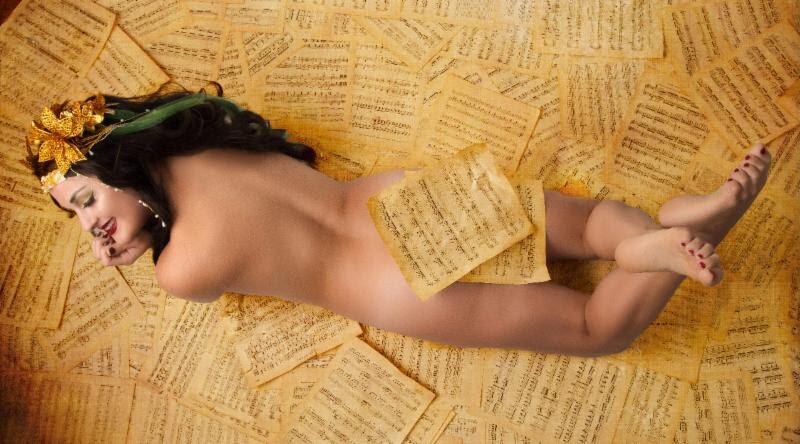 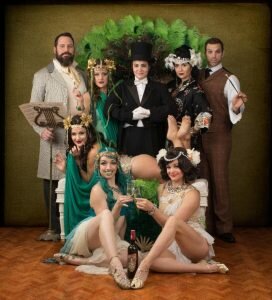 The story centers around famous Bohemian composer Antonín Dvorák who has hit a wall prior to composing his magnum opus. In a move of desperation he turns to a bottle of absinthe for inspiration. In this macabre and mystical dream cabaret, Dvorák is visited by the ghost of late composer Frédéric Chopin and a host of green fairies. Chopin and many other famous Bohemians guide Dvorák as they search for the true source of inspiration and grasp at artistic immortality.
“A new original piece Keep Dreaming, which sounds like Erik Satie mixed with Elton John and Florence and the Machine, will be an eye popping number,” said Director Mark Siano. “It’s a spectacle that people will be talking about. Hundreds of miniature LED lights attached to the dancers will illuminate the stage as green fairies attempt to lure the struggling composer Dvorak into a dream state.”
Traditional Absinthe service will be available in the VIP section of the Triple Door and served by dancing green fairies during intermission for those who wish to try the wormwood for themselves. This year, Lucid Absinthe and Jade Absinthes are official liquor sponsors and are available for purchase at the show.
At the helm of the show is Mark Siano, the director of holiday sellout hit A Very Die Hard Christmas, and comedy writer with acclaimed The Habit. Cafe Nordo star and co-producer Opal Peachey stars as Chopin – both the character and one of Chopin’s nocturnes. Bohemia promises to be fun and lively, with drink service a plenty.
Cast of Bohemia include Tori Spero Dullenty as Wormwood, Hisam Goueli as Mucha/Malabron,Katheryn Reed as Rusalka, Gabriela Sanchez Samano as Faye, Bo Mellinger as Vodník, Claire Marxas George Sand, Pamela Turpen as Sarah Bernhardt, Opal Peachey as Frédéric Chopin, Isobella Bloom as Zuzanna, Tanya Brno as Camille, and Mark Siano as Antonín Dvořák.
Bohemia is written by Opal Peachey and Mark Siano. Musical direction by Dayton Allemann, composition by Dayton Allemann, Mark Siano, and Opal Peachey, and musicians performing live on stage include Dayton Alleman (piano, flute, percussion) and Andy Wickell (violin) and others soon to be cast. Set design created by Ron Darling and Mark Siano, costume design by Kit Goldsworthy, production design by Robin Nunnally, photography and additional design by Max Shaw and Julia Nardin, and poster design by Thea Roe.
WHEN: 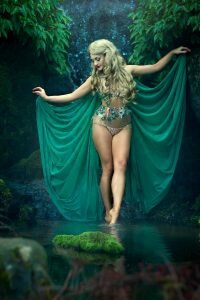