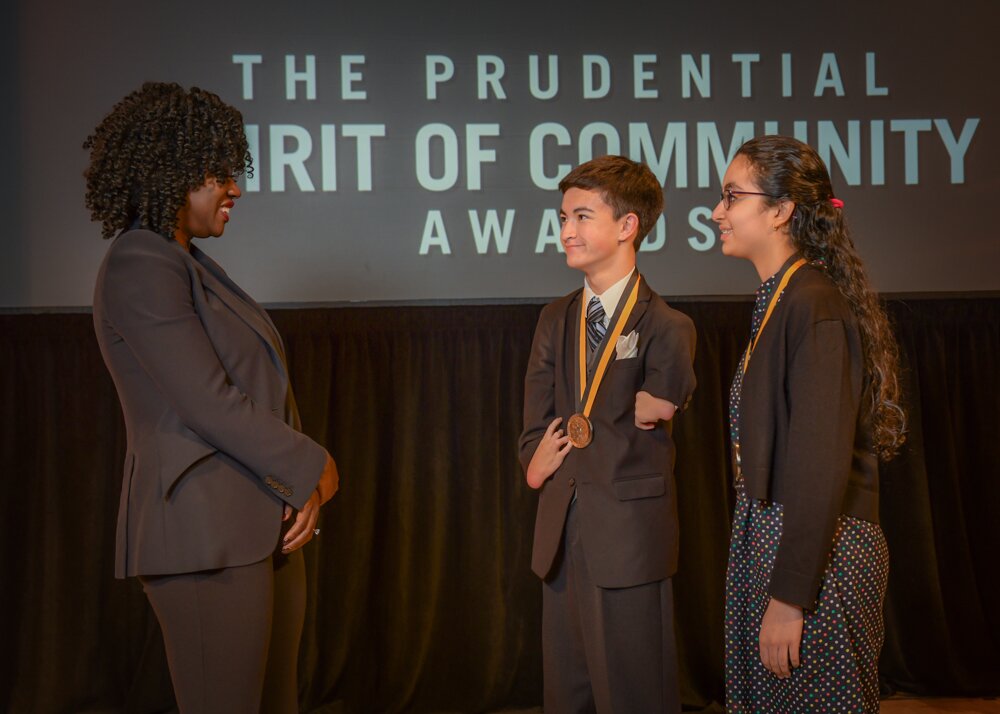 Washington’s top two youth volunteers of 2019, Kobey Chew, 18, of Kirkland and Mehr Grewal, 12, ofBellevue, were honored in the nation’s capital last night for their outstanding volunteer service during the 24th annual presentationof The Prudential Spirit of Community Awards. Kobey and Mehr – along with 100 other top youth volunteers from across the country – received a $1,000 award and personal congratulations from award-winning actress Viola Davis at an award ceremony and gala dinner reception held at the Smithsonian’s National Museum of Natural History. 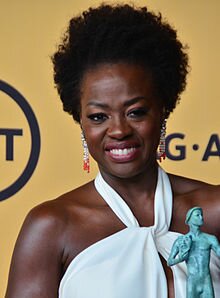 The Prudential Spirit of Community Awards program, sponsored by Prudential Financial in partnership with the National Association of Secondary School Principals (NASSP), named Kobey and Mehr Washington’s top high school and middle level youth volunteers in February. In addition to their cash awards, they each received an engraved silver medallion and an all-expense-paid trip with a parent to Washington, D.C., for four days of recognition events.

Kobey, a senior at Juanita High School, produced two videos and a slideshow for a free online medical library to help people — especially those in developing countries — understand that people with disabilities are often much more capable than is frequently assumed. He also serves his community in several official leadership capacities, and participates in numerous other volunteer activities. Kobey is determined to demonstrate that people like him are not that different from people without physical differences. “In developing nations, people with noticeable birth defects are often treated as outcasts, as though their physical differences are contagious,” he said. “Even here, in the greater Seattle area, I have experienced bias and ignorant insults related to my appearance.”

To help people in developing countries better understand people with disabilities, Kobey creates materials for the website of Global HELP, a nonprofit organization that provides medical information to people around the world. “For a paradigm shift to occur,” he said, “people like me need to share our life experiences and show what we are capable of achieving.” Kobey also serves on his town’s youth council and park board, adjudicates cases as a member of a teen traffic court, speaks at community events and volunteers at a senior center. In addition, he has helped clean up parks, collected food for the hungry, volunteered at job fairs, and raised awareness of teen suicide and the opioid epidemic. “I volunteer because I feel my best when I am helping others,” said Kobey.

Mehr, a sixth-grader at Odle Middle School, has volunteered with a Seattle charitable organization for the past four years, and during that time has initiated campaigns to promote correct hand-washing and healthy eating, and assisted in the group’s semiannual health camps. When a recent flu epidemic was sweeping the country, Mehr asked herself: “What can we do to prevent this?” With some research, she learned that hand-washing was the most effective way. “This simple measure could actually save lives!” she said. So she began making presentations about the importance of hand hygiene at schools and community centers, and demonstrating the proper technique for washing hands. “My goal,” she said, “is to put across the simple message that hand-washing is like a do-it-yourself vaccine, which can protect the vulnerable from getting disease.” Mehr also is working with an infectious disease physician to observe hand-hygiene compliance at a hospital in Detroit.

In addition, Mehr started a nutritional counseling program and enlisted the support of a nutritionist to educate people about healthy diet options, and provide individualized meal plans tailored to their specific health conditions. She makes posters and brochures for the program, distributes meal plans and other resources, and translates into Hindi and Punjab if necessary. “The most difficult part has been to change people’s perspectives on food and to encourage healthier alternatives,” she said. “It is hard for them to change habits.” Mehr also helps out at a food bank and participates in blanket and clothing drives in the winter.

“We’re impressed and inspired by the way these honorees have identified problems facing their communities and stepped up to the challenge to make a difference,” said Charles Lowrey, chairman and CEO of Prudential Financial, Inc. “It’s a privilege to celebrate their leadership and compassion, and we look forward to seeing the great things they accomplish in the future.”

“These students have not only done important work in support of people in need – they’ve also shown their peers that young people can, and do, create meaningful change,” said Christine Handy, president of NASSP. “We commend each of these young volunteers for all they’ve contributed to their communities.”

The Prudential Spirit of Community Awards program was created in 1995 to identify and recognize young people for outstanding volunteer service – and, in so doing, inspire others to volunteer, too. In the past 24 years, the program has honored more than 125,000 young volunteers at the local, state and national level.

For more information about The Prudential Spirit of Community Awards and this year’s honorees, visit  http://spirit.prudential.com or www.nassp.org/spirit.