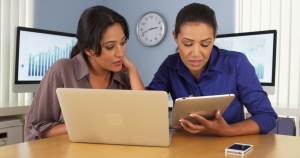 The American Association of University Women (AAUW) released an analysis of the gender pay gap in 25 of the largest U.S. metropolitan areas. The analysis also breaks down the pay gap for women of different races and ethnicities in each city. AAUW’s report reveals a substantial gender pay gap in all 25 cities examined, with even larger gaps for black and Hispanic women.
“No matter where you reside, your background or chosen industry, women face the systemic pay gap,” said Kim Churches, chief executive officer at AAUW. “Instead of avoiding the issue of unequal pay, women’s voices and actions are on the rise. To fight inequities, we need to arm women with strong salary negotiation skills, fact-based research, and advocacy locally, regionally and nationally.”

The major metropolitan area with the widest overall gap in the study is Detroit, where women are paid 75 percent as much as men, and the area with the smallest overall gap is Los Angeles, where women are paid 90 percent as much as men. Looking within the racial/ethnic categories, the widest gap falls in Houston, where Hispanic women are paid just 35 percent of what white men are paid. AAUW’s analysis drew on U.S. Census data from the American Community Survey to calculate the pay gaps for metropolitan areas across the country with a population of at least two million.
The city findings provide a more detailed look at the oft-cited 80 cents number, which is the amount women working full time in the United States typically make compared to men’s dollar. The gender pay gap is larger for black and Hispanic women when compared with white men and is also larger for mothers.

This study builds upon findings from AAUW’s research report The Simple Truth about the Gender Pay Gap, which provides a detailed look at the pay gap, its causes and impact, and solutions to close it. Expanding on one of those solutions, five city governments so far have partnered with AAUW to bring AAUW Work Smart salary negotiation workshops to their cities. The latest, San Francisco, will launch in 2018.

To learn more about efforts and solutions in the fight for fair pay visit the AAUW website.