The festival features selected works from 31 countries, with over a dozen world premieres each exploring the Black diaspora in new and challenging ways. “It never ceases to amaze me how powerful and complex the stories of our people and community can be when we can see ourselves represented on the screen, notes Langston Executive Director, Tim Lennon. There is power in our ability to tell and share our own stories.”

LHAAFF kicks off on Thursday, April 19th with a lively celebration of Black Brilliance in cinema including a Bites and Bubbly Happy Hour @ 5pm followed at 6:30 pm with a brilliant programme of Seattle premiere short films along with a post screening discussion with filmmakers.

Other festival highlights include:

Friday 4/20 @ 12:30 PM – Matinee Screening: Behind the Badge – A lunchtime discussion and film paring exploring the Black community’s relationship with law.

Also on Friday – HepCat Ball – In partnership with the Museum of History and Industry, LHAAFF swings into style, featuring jazzy music, vintage duds with hors d’oeuvres included in the ticket price and drinks for purchase.

We invite you to celebrate with us at Tacoma Community House’s 108th Annual Luncheon on Friday, April 13, 2018 at the Greater Tacoma Convention Center! (Yes, yes, it’s Friday the 13th… but we’re lucky to be sharing the day with you!)

Come enjoy lunch, catch up with friends and neighbors, network, and learn about the powerful work TCH is doing to empower immigrants, refugees, and low-income individuals in the South Sound! Full details and RSVP at https://tch108thluncheon.eventbrite.com

Thank You to our Gracious Sponsors:

The International Longshore and Warehouse Union Local l9 is looking for an experienced full-charge bookkeeper, who can also perform extensive administrative assistant duties. Significant professional experience as an accountant or bookkeeper and a BA or AA in accounting is strongly preferred. We are looking for someone who has excellent organization skills and is able to work independently. The individual will need to perform general office duties and have strong communication and customer service skills. The a full-time on-site (Monday-Friday) and union represented position. Starting wage $25 with room for increases commensurate with experience and an outstanding employer paid medical/dental benefit package for the employee and their dependents. Contributions to a pension program, paid sick leave, vacations and holidays are also provided. To Apply: Send a resume’, cover letter and salary history in PDF format to President@ilwulocal19.org, be sure to reference bookkeeper in subject line.

Police are asking for the public’s help to identify the killer who shot local rapper Trevon McKoy, 21, in the head following a performance at Seattle Center early Sunday morning. McKoy’s rapper name was Juice The God.

“He was a black man living his dream,” said McKoy’s aunt, Michelle Carter.
His dreams were cut short early Sunday when McKoy was shot in the head outside the Vera Project at Seattle Center after finishing a performance. 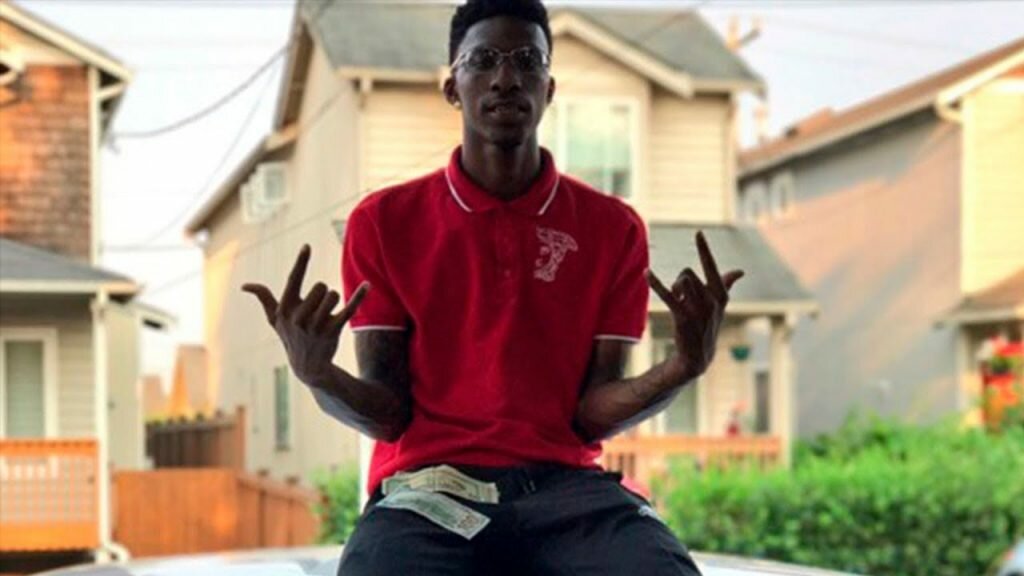 “Not any of us will ever be the same, ever again,” said Carter, tearing up about the loss of McKoy.
McKoy’s family is distraught over his death, especially his great-grandmother who raised McKoy.
“Oh my baby, he was just a wonderful kid,” said Dorothy Moody.
Family members say McKoy was an up-and-coming rap star from West Seattle who loved basketball, his family and was studying business management at Bellevue College.
“It hurts me that I’m even here today because he should be in class today, making music tomorrow and being with his family on Friday,” said Carter. The lyrics of his rap songs talk about life on the streets of West Seattle.
“When he says, he grew up on the street, he wasn’t a gangster, that’s not the street what he meant. We grew up on 24th Street, he and I on 24th Street, playing in the creek, riding our bikes,” said Carter.

McKoy raps about 24th and SW Kenyon Street in West Seattle where he grew up. It’s where his music career also started and on Monday it turned into the place where he was being remembered with flowers, candles and balloons tied to the street sign.
The street corner is where McKoy filmed one of his music videos. His cousin Marquis spent the afternoon on the curb listening to McKoy’s music and remembering the memories they shared together. “We was born and raised right here, since we were shorties. He (had) great energy, he loved basketball. I looked up to him, I still look up to him, that’s my right-hand man,” said Marquis. He said McKoy was always smiling, fill of energy and a lovable person.
“His death just breaks my heart,” said Marquis. The two cousins were in a music video together filmed on a basketball court. “We’re just getting started,” said Marquis.

McKoy’s family says his life ended too soon, but his legacy will live on through his music.
Crime Stoppers of Puget Sound is offering a $1,000 reward for any tips leading to an arrest in the case. Call 1-800-222-TIPS or use the P3 Tips App on your phone if you have any information that can help solve his case.