Following President Trump’s announcement ending the DACA program, a large coalition of undocumented immigrants, elected officials, and community, faith, business and labor leaders joined in solidarity to respond and demand a solution for millions of American families that leaves no one behind.
UPDATE In light of the new Trump Administration, here’s what you need to know about DEFERRED ACTION FOR CHILDHOOD ARRIVALS (DACA): 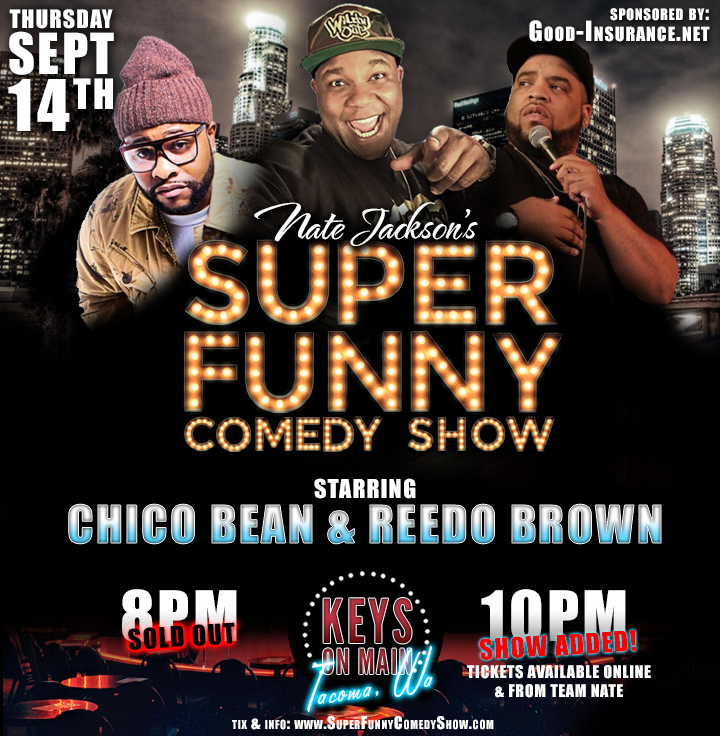 DONT MISS ANOTHER SHOW ….
Photos By: Kevin Ryan / NW FACTS – Eyes On At The Spot 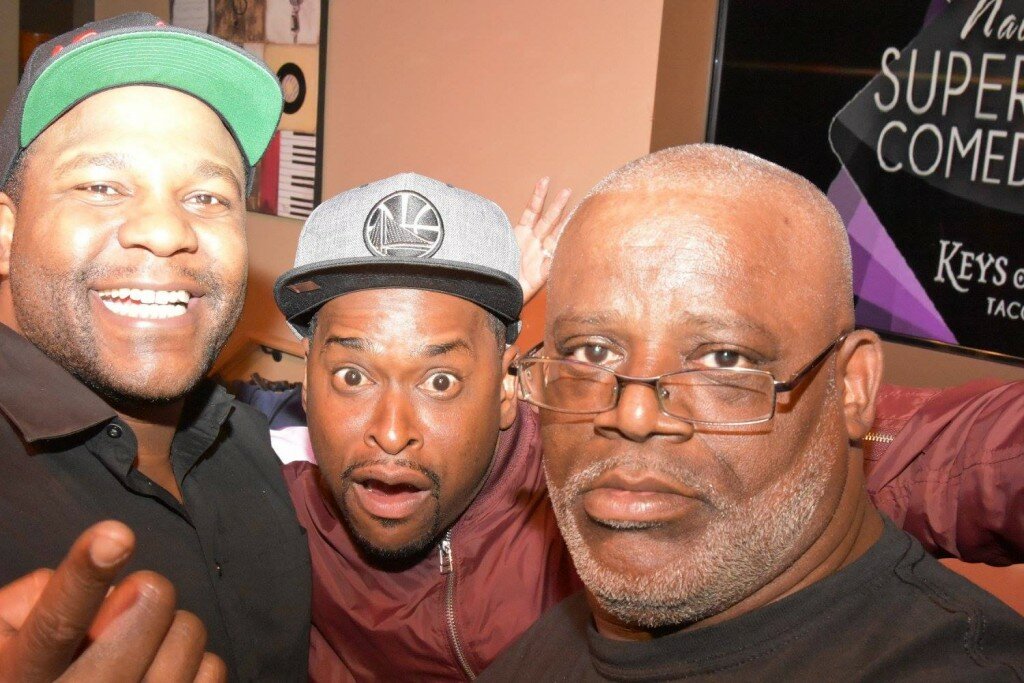 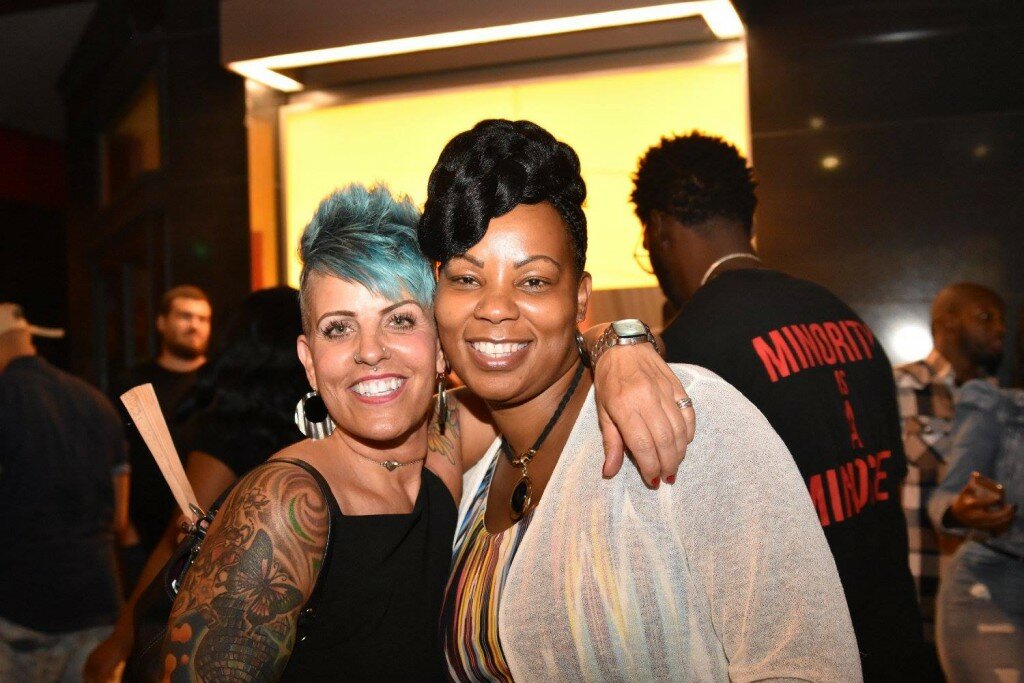 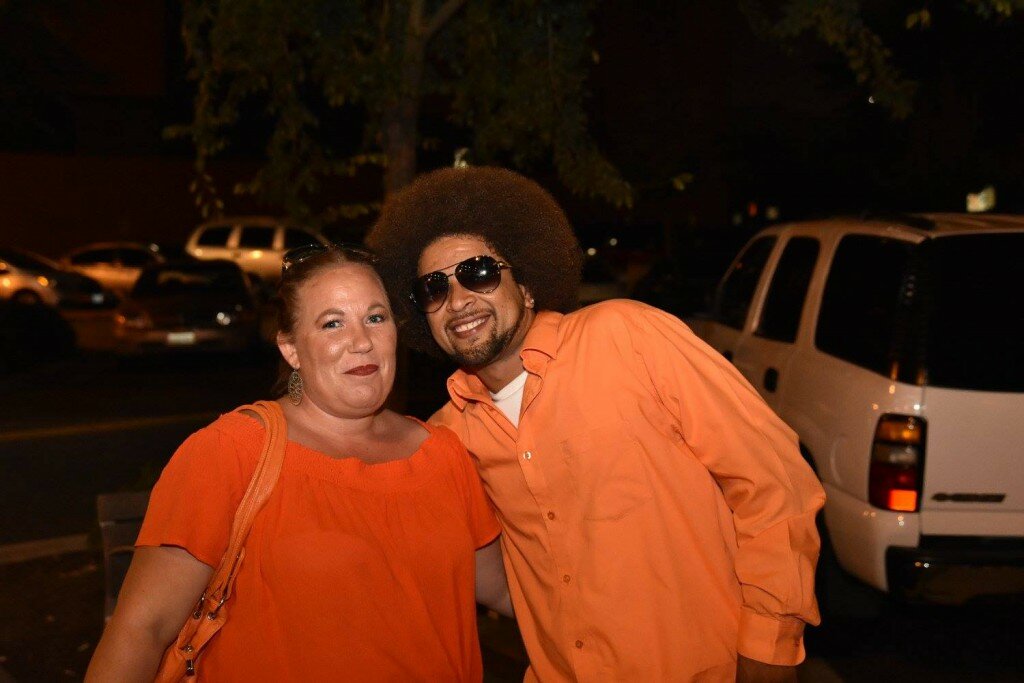 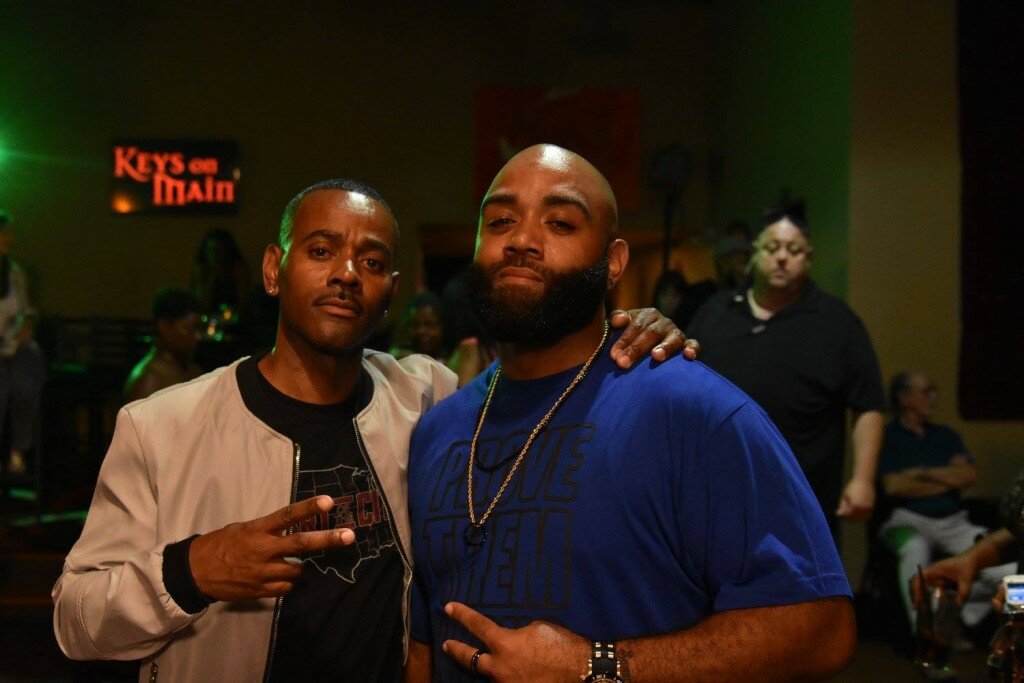 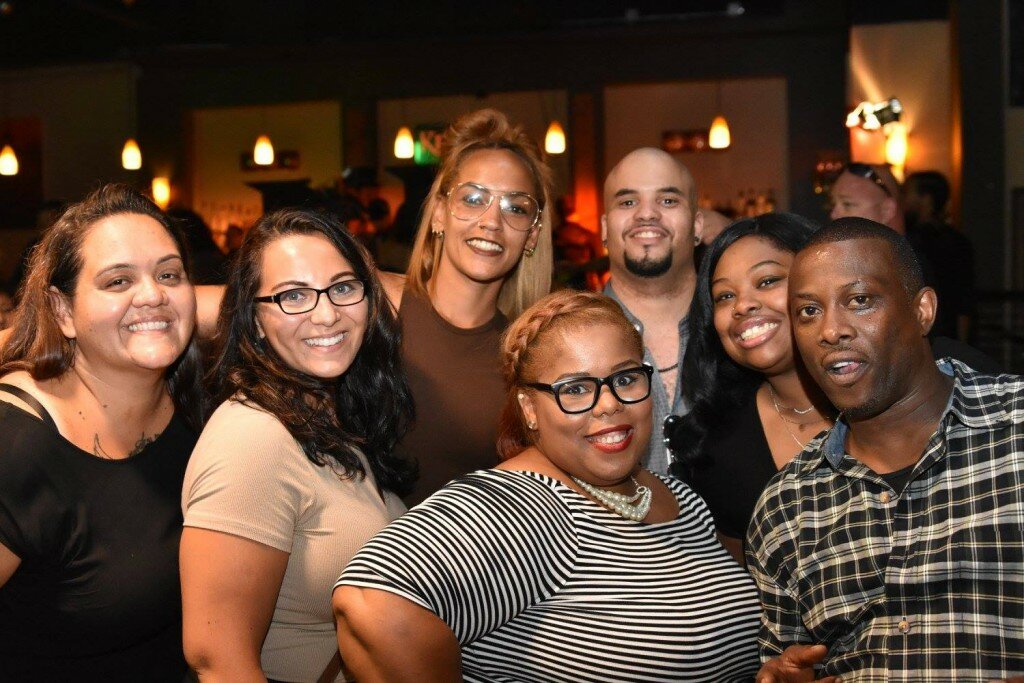 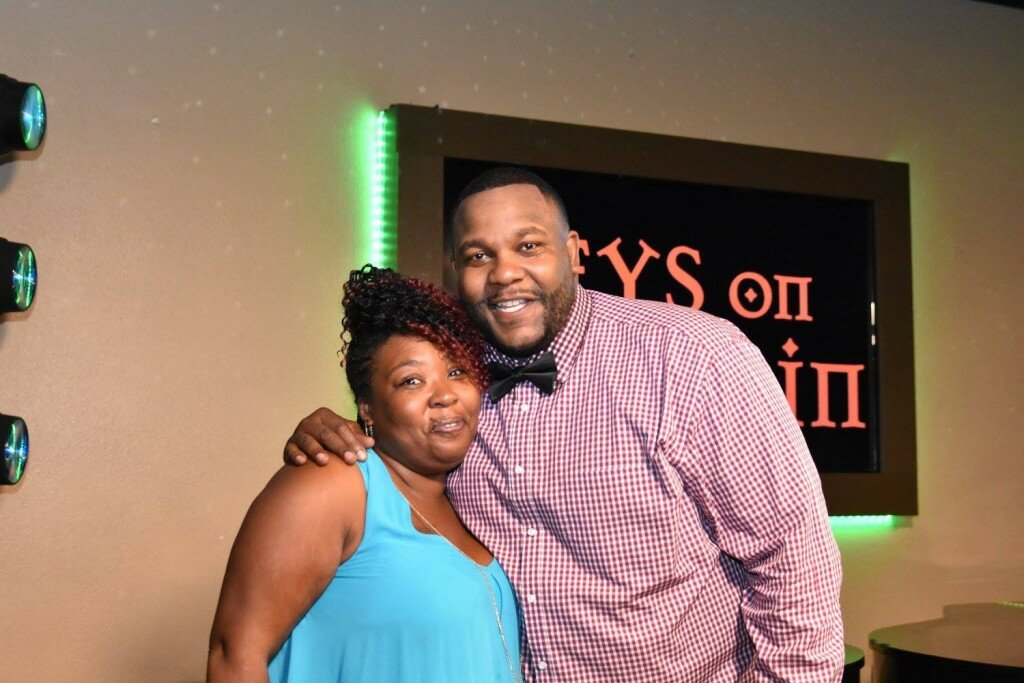 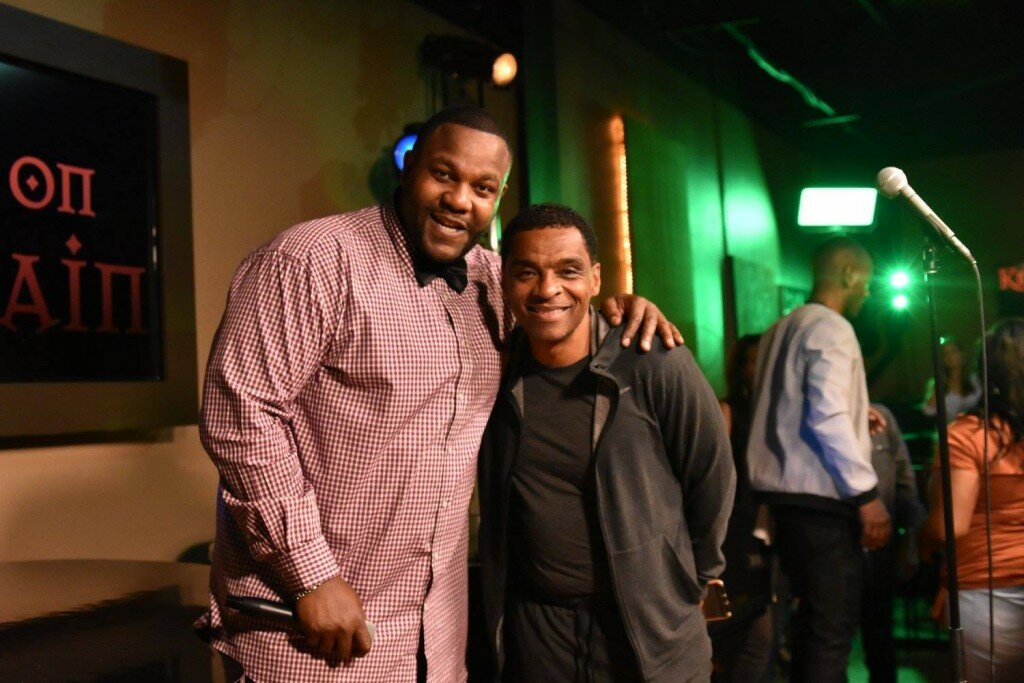 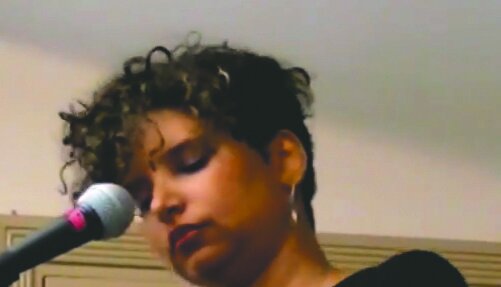 Critical Sun is proud to present Aline Vida, in performance on 9/1/2017 at 9:30pm.  The concert/show will be held at the Edgewater Hotel’s Six-Seven Restaurant/Lounge.

Embracing life as it unfolds isn’t always an easy feat, yet singer/songwriter Aline Vida does it so effortlessly in song. Her timeless vocals fit alongside contemporaries such as

Aline’s music has been featured on the TV show “Justified.”

”Aline Vida is truly the North West’s power diva of Rock and Soul. The weight of her lyrics is matched to the strength of her voice, which combine to drive home the points she makes in a most unique way. And all done with power and grace!”.” Bubba Jones Editor and CEO at Critical Sun

It is not often that women are given a platform to showcase their talent within the Seattle music scene. Columbia City Theater allows some of the greatest female talent to share their talent and music with the community.

Melvinnie Christian was born in Oakgrove, LA  in 1917. She celebrated her 100th birthday last month. On August 29, 2017 she laid down her earthly burdens and picked up her wings. Ms. Christian was a master hair dresser graduating  cosmetology school in 1933. Ms. Christian opened her hair salon in Washington State in 1945. She finally retired at the aged of 99 years old. During her lifetime she had perfected the patent leather press.
There will never be another like her.
Visitation
Saturday 12-4 at House of Scott Funeral Home 1215 Martin Luther King Jr Way, Tacoma, WA.
Celebration of her life and legacy will be held 2pm Sunday September 3rd, 2017 at her home church Allen AME 1223 Martin Luther King Jr Way, Tacoma, WA

Thank you to our amazing vendors, performers, volunteers, and attendees for making the
4th Annual Hilltop Street Fair the best yet.
We love our community and what this event represents.
More about This Event ,Photos By Kevin Ryan at: www.nwfacts.com/hilltop-street-fair share your comments and event photos with us!

Celebrate Women’s Rights Day and mark the golden jubilee of a multi-racial revolutionary feminist group that’s as kickass now as when formed in 1967. 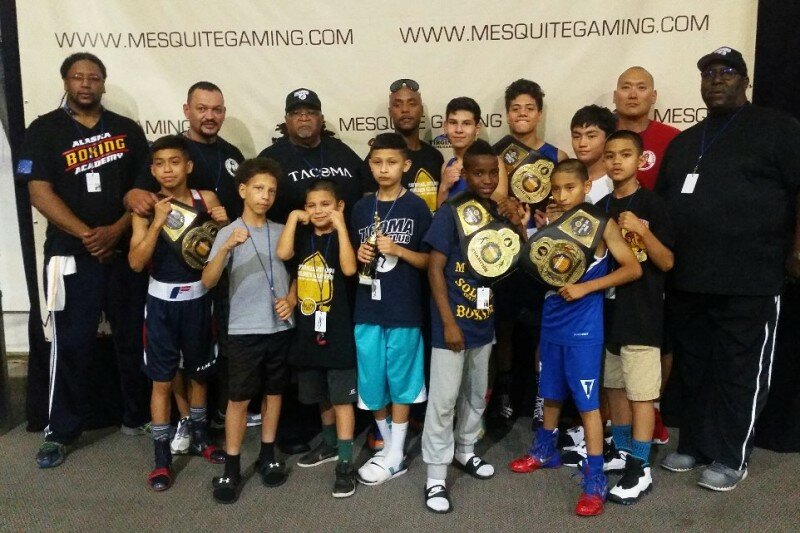 For more than 40 years the Tacoma Boxing Club and its volunteer coaches have successfully provided a positive program to support the city’s youth. Our club has produced over 50 amateur National Champions, 8 amateur World Champions, 5 Olympians, and numerous professional boxers. Our boxers learn to be disciplined, self-confident, and develop leadership skills that can last a lifetime.

The Tacoma Boxing Club is open to males and females from 8-34 years of age. All skill levels are welcome.

We are settled into our new gym. Tacoma Boxing Club is now asking the community to help raise $15,000 for an HVAC system​ to heat up our 1,500 square ft gym. We currently have no heating system and this winter was extremely hard on our boxers. We are trying to avoid going through​ another winter without a heating system. Any amount you can donate would be greatly appreciated. Your financial support of ANY amount will make a difference! You never need to worry about your donation supporting anyone’s  salary because we are a 100% volunteer program.

You can help by sharing this link :www.nwfacts.com/sports/little-league/tacoma boxing club
If you prefer not to use an online method, you can mail a check or money order payable to “The Tacoma Boxing Club”  Please address donations to: 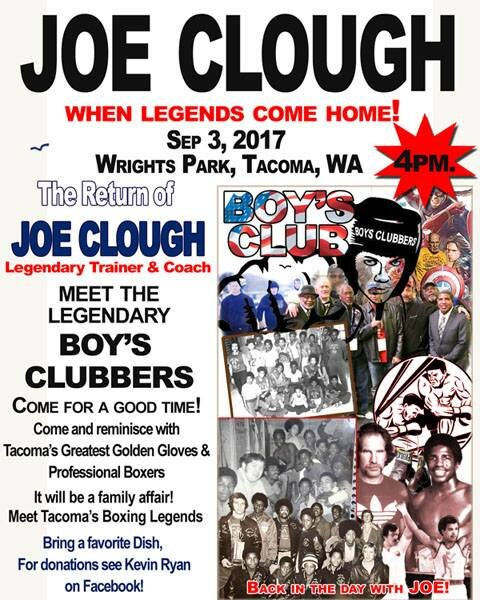 In honor of the 54th anniversary of the March on Washington, representatives of City of Seattle and the existing members of the surrounding communities gathered at the MLK Memorial Park as multi-cultures and generations celebrated, learned, and healed in remembrance of how far we’ve come, and how far we still have to go.

“Because of the significant things that have been going on in our country, this is a time to reflect and say ‘hey, we’re not going backwards,’ so we’re moving forward — 54 years later,” said John Yasutaki, member of the MLK celebration committee, the group that produced the event.
Speakers varied from Dr. Reverend Sam Mckinney, Pastor of the historical Mt.Zion Baptist Church and classmate of MLK, who opened with a brief sermon and prayer that set the tone and positive energy that came from the event; to Mayor Ed Murray, whose hollow words fell lightly on the jaded ears of our elders and youth. Verlene Davis, Executive Director of the A. Phillip Randolph Institute (APRI) gave a spirited speech also. Teaching and shedding light on some of the names that often are unheard of when speaking of the Civil Rights Movement, like Bayard Rustin and A. Philip Randolph, as well as highlighting the systemic abuse that have plagued Black people in America and how it continues to this day; imploring that we must “stay woke! ‘Cause we’re not going back!” Larry Gossett spoke briefly, but was informative, giving us the history of how the name King County came to be, and its continuing importance.
The focus then shifted to the ‘now,’ and how far we still have to go, and what we can do.
The emphasis that many of the speakers placed on past and current generations continuing to work and listen to each other was made more apparent, as Angela Rye, CNN political commentator, analyst, and daughter of legendary activist Eddie Rye, Jr., spoke concisely and profoundly, challenging the white attendees to bring these issues and conversations to their white peers. Another speaker spoke with passion, enthusiasm and hope, as he gave thanks and appreciation to the professional athletes, such as Colin Kaepernick, Michael Bennett and others who’ve decided to take a stand (or kneel) and use their platforms to raise awareness of the plight that Black people in America face. Legendary SuperSonic coach and player, Lenny Wilkens, in an almost surreal moment (considering he’s one of the pillars when it comes to athletes and social justice intersecting) encouraged the youth to continue to use their voices and their minds.
Whatever heat the weather produced was matched with passion and intensity from each speaker. As the sun began to set, and the DJ played the classic Mcfadden and Whitehead tune, “Ain’t No Stoppin Us Now,” that message symbolically capped of an evening of learning, loving, and healing.

Tips Every  Student Should Know.  As summer comes to an end and  back-to-school season begins.

It’s that time of year again and
we can hear the school bells ringing! It can be har
d to adjust from the dog days of summer to the busy and f
ast pa
ce of the school year. Here are eight tips to get back into the school mode and start this year off right!

Have the Proper School Supplies that you need for your classes!

I highly suggest getting folders and binder with patterns and designs to make note taking more fun. During the first day of class most teachers will tell you everything they require for their courses. Make sure that you get the specified supplies so that you are able to keep up with the class work and stay organized.

Get an Agenda! During the school year is such a busy time! Between taking test, doing home work, attending activities, and school events it can be really hard to keep track of everything. By keeping an updated agenda you can better manage your time and know what you have to accomplish. Having a agenda will definitely help you with time management. Time management is key to being successful and staying on top of everything you need to do!

Know What is Expected of You . It is very important to know what your teachers are expecting from you. Pay attention to what the teacher is saying about the workload of the class and what they are hoping for you to get out of it. Teacher are supposed to want you to succeed so most likely they will provide you with what you need to do to thrive. Knowing their expectations and achieving them will help your year start smoothly. Always remember that communicating with your teachers is key for understanding their expectations.

Get Involved .Getting involved with your school community is great because you can pursue your interest and meet peers who have the same and similar interest as you. Many studies have shown that students who are involved in sports and school activities are able to achieve higher GPA’s. If you enjoy playing sports try out for the school team. If you are a musician or actor then join your school band or theatre company and share your talent with your fellow peers. Join clubs that you are interested in and attend all the meetings. If your school doesn’t have the sports you play, a club you want to join, or a musical or theatre program then talk to your school administrators and see if you are able to start your own! It is amazing to have something that you are passionate about and enjoy doing so never be afraid to pursue your interests.

List of academic goals. Write out a list of goals that you want to achieve for the upcoming school year! Do you want to make the lead role in the play, get that varsity spot on the basket ball team, improve your grades, You can reach all the goals you set for this year! When you write down every goal you are able to plan and realize what you need to do to prepare for them. Having that list can be a driving and motivating force to help you work to achieve those goals.

Every new school year is a opportunity for a fresh start, new friends, and to make it count. You have the potential to make this year one of the best ones yet!