If you’re ready for some barbecue and some home style cooking, you have come to the right place. Check out the daily specials and everyone is raving over the honey fried wings. A must try!yourself to delicious, down home style food with a fine selection of southern classics, seasoned to perfection, ready for take out or eat in minutes. 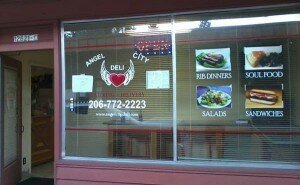 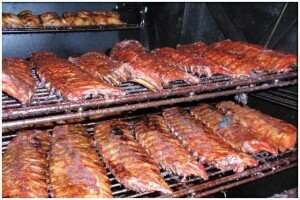 We serve homemade, authentic soul food with all the flavors of home that you know and love. From lunch to dinner, our restaurant only offers the best food and reasonable prices too.

Thank you to all the return customers and encouragement! 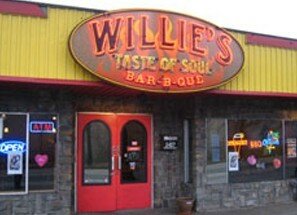 Over the past 19 years Willie’s Taste of Soul Bar-B-Que has served thousands of repeat customers from our starting location in the Beacon Hill area of Seattle. Willie’s Taste of Soul Bar-B-Que strive to provide excellent product and customer service, all with a Southern touch. Being originally from Louisiana, its Willie’s goal to provide his customers with a dining experience that is like no other in this area.

Willie’s is recognized in our community for over the years and have become known for providing consistent, high-quality meals at a reasonable price.

Willie’s soulful Bar-B-Que ribs are succulent, beef, chicken, and homemade hotlinks are all slow smoked right in our own backyard.

Willie’s Taste of Soul Bar-B-Que provides there customers with a meal that is literally hot off the grill. We have everything from Fried Catfish to Chicken and Waffle.

Located west of Lake Washington on Rainier Ave. We’re down the block from Rainier Square Plaza and Franklin High School, and only 10 minutes away from King County International Airport.
If you smell Willie’s Taste of Soul Bar-B-Que cooking come on by and enjoy a true dining experience. 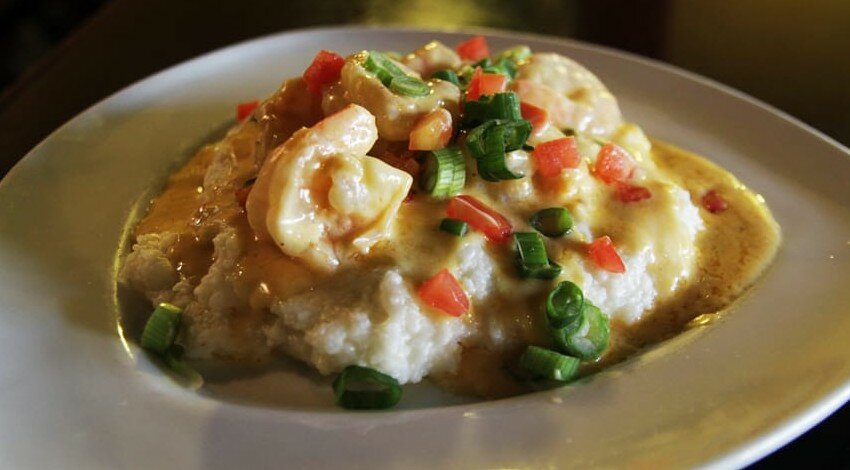 You don’t have to travel far to taste the island. Come experience our warm atmosphere, hand crafted cocktails, friendly staff, and our array of flavorful island and soulful dishes for dinner many choices from Bayou Gumbo, Curried Goat, Savory Oxtails and much more. Our full bar specializes in hand crafted cocktails that can enhance any dining experience.

Island Soul Rum Bar & Soul Shack is a family-run restaurant featuring a full bar and Caribbean-inspired Soul Food. Located in the heart of historic Columbia City for more than a decade, we offer a fun and lively atmosphere where you can relax and escape the daily grind with delicious food and drinks and excellent service.

Whether from Jamaica, Barbados or even Puerto Rico, our Caribbean-Soul food is the best and most sultry taste around.
Complete with all the fixins, our Caribbean comfort food is sure to satisfy any appetite. 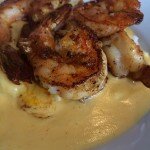 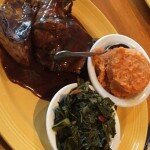 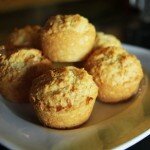 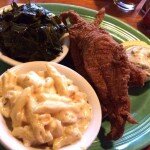 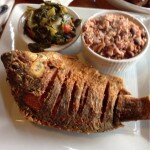 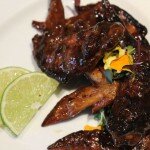 Our recipes have been gathered over 10+ years with roots straight from Jamaica and its tradition of Jerk and soul food. Bring the whole family and experience our down home cooking for yourself.The pork rib tips, gumbo, coconut corn muffins to chicken & buttermilk waffles, shrimp & cheesy grits over the weekend, we have something to satisfy any craving. And don’t forget to order yourself a glass of our famous Ginger Beer — No meal is complete without it!
Sunday Brunch, Happy Hour and Carry-out also available. 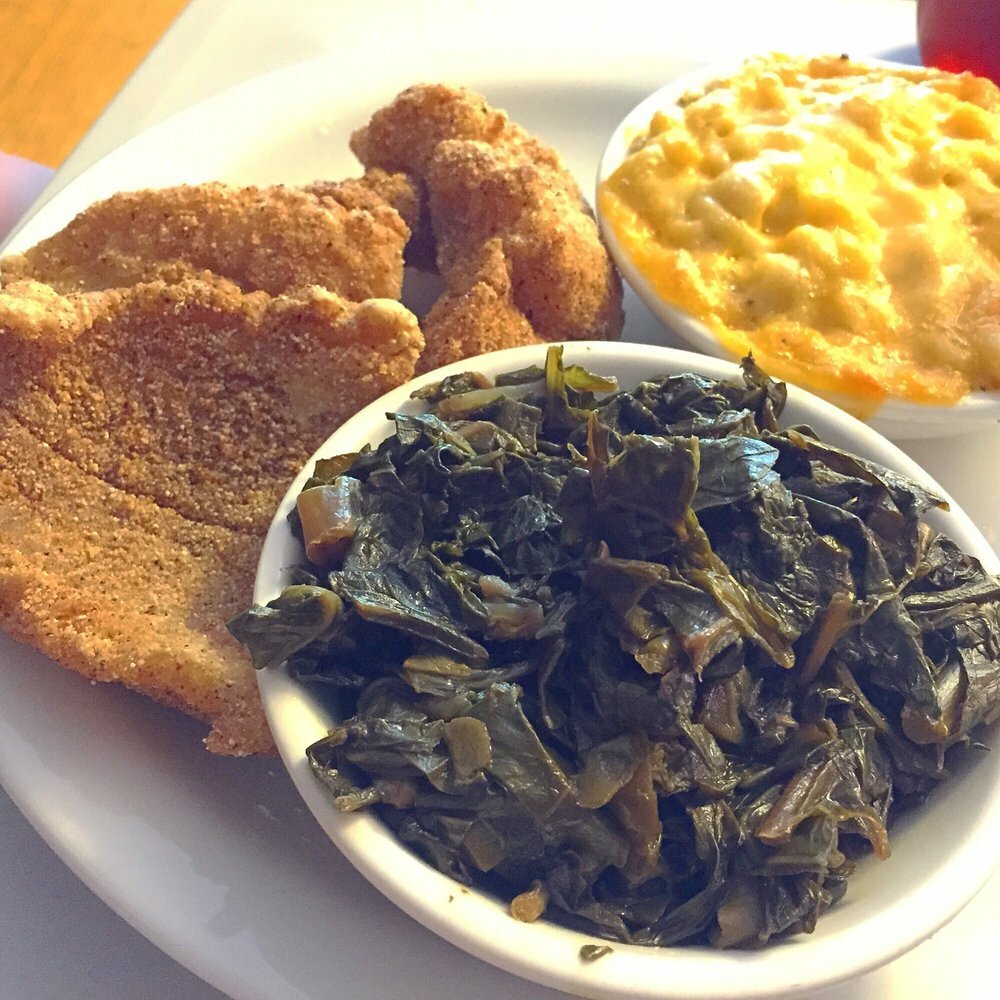 Simply Soulful is delighted to offer our signature handmade Sweet Potato Pies and Tarts!!! Just one taste and you are sure to be hooked! We believe in using the best and freshest organic ingredients in our pies to ensure that our pies are consistently delicious. We also cook our pies in small batches to maintain quality and taste. 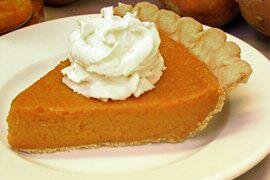 The flavor of our Sweet Potato Pies will leave you feeling that they are not just a seasonal dessert. The dessert has been eaten year round – especially during banquets, birthday and office parties, baby showers, and reunions. Don’t wait for Thanksgiving or Christmas to try this creamy, sweet slice of heaven. It’s the perfect pie for any occasion. Also, if you need to satisfy your desire to crunch, we offer the pies topped with our Pecan Crumble.

It all started back in 1922 when Elizabeth Hammond was born in West Point, MS. She would eventually move to Spokane, WA bringing with her the best Sweet Potato pie recipe in the world! Her simple, yet mouth-watering recipe is so fresh tasting and flavorful, people hardly believe that there are only 6 simply ingredients. However, that is how Elizabeth cooked, she was raised on the simple, yet full of flavor diet that we refer to as “Soul Food.” Elizabeth passed her sweet potato pie recipe to her daughter Barbara who decided that the indulgent taste of the recipe should be shared with all of you! 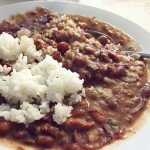 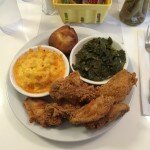 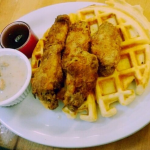 Needless to say, Barbara and her youngest daughter Lillian ventured on the recipe, together with their food services ideas and passions, and started “Simply Soulful Pies & Catering.” Delightful pies and food that hold true to that simple, full of flavor soul food that you must try!  You are sure to be satisfied… 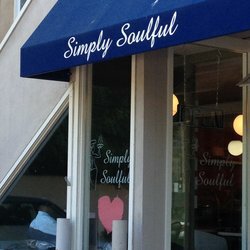 The state Court of Appeals has overturned the conviction of a former state prison inmate who attacked a corrections officer in 2012.

Jimi Hamilton was sentenced to life behind bars without the possibility of release after a Snohomish County Superior Court jury convicted him in 2014 of second-degree assault at the corrections facility in Monroe. It was his third-strike under the state’s persistent offender law.

The state appellate court concluded that the trial judge was wrong to allow a deputy prosecutor to question a defense witness the way she did.

Hamilton’s lawyer, Snohomish County public defender Jennifer Rancourt, says she’s pleased with the court’s ruling and that they protected the right to a fair trial.

The prosecutors plan to ask the state Supreme Court to review the appellate court’s decision.

Washington State University will take part in a study on the relationship between sleep and chronic pain, part of a nationwide effort to stem the abuse of opioid pain relievers.

Study lead Marian Wilson of the WSU College of Nursing says doctors are being pressured to stop prescribing so many opioids.

Wilson says the relationship between sleep and pain has not been adequately studied. But there is some thought that suggests bad sleep goes with bad pain.

Wilson has joined with colleagues at WSU Health Sciences Spokane and the University of Washington’s Department of Rehabilitation Medicine on the study.

It is funded by a $305,651 grant from the National Center for Complementary and Integrative Health, part of the National Institutes of Health.

Copyright © The Associated Press. All rights reserved. This material may not be published, broadcast, rewritten or redistributed.

Authorities say a man wanted in connection with a double murder in Seattle’s Pioneer Square has been arrested.

22-year-old Darion Lipsey was arrested Monday south of Seattle in Federal Way. He was wanted on a $5 million warrant for the alleged fatal shootings of Isaiah Whitmore and Hersey Purvis. Charging papers say Lipsey had been out looking for Whitmore on March 30 after Whitmore threatened him earlier with a gun.

Deputy U.S. Marshal Beatrice Pharr says an anonymous tip led deputies to the general vicinity where Lipsey was believed to be.

After setting up surveillance, an officer with the Pacific Northwest Violent Offenders Task Force recognized Lipsey inside a vehicle although he was wearing a wig and glasses at the time.

The Seattle Seahawks will be without safety Earl Thomas for the rest of the season due to his broken lower left leg, no matter how far the team advances in the playoffs.

Coach Pete Carroll said Monday that further examination determined Thomas’ fractured left tibia will require a recovery time that does not allow for the possibility of a return during the 2016 season. Carroll said after Sunday’s 40-7 win over Carolina that Thomas’ injury usually takes a minimum of six weeks of recovery time.

It’s the first major injury of Thomas’ career. He played 106 straight games before missing Seattle’s loss at Tampa Bay last week with a hamstring injury. He quickly recovered to play against the Panthers, but was hurt in a second-quarter collision with teammate Kam Chancellor going for an interception.

A man arrested during a Black Lives Matter protest two years ago is suing the city of Seattle and unnamed police officers, saying one officer used a racial slur before others tackled him and took him into custody.

Jorge Torres, who is Latino, filed a civil rights complaint in U.S. District Court on Tuesday, saying he was subject to excessive force and false arrest. Officers arrested him as demonstrators responding to high-profile police shootings of black men around the country were headed toward Interstate 5.

In an in-car recording just before Torres’ arrest, an officer who was tailing the protest can be heard apparently catching himself as he uses an expletive and racial slur. The department’s Office of Professional accountability found he did not use the slur.

A police spokesman said the department had no comment on the lawsuit. Seattle police have been under a consent decree with the U.S. Department of Justice designed to eliminate concerns about excessive use of force and biased policing.

On December 6 of last year, Seattle activist Jorge Torres took part in a Black Lives Matter protest. Police, identifying Torres as a protest leader, arrested him and assaulted him in the process. Audio recording of the police has since come to light revealing that officers discussed fabricating a pretext to arrest Torres–in order to “deny [the protesters] their leader.” At another point, one officer began to use a racist slur when speaking about him. “They’re going to the freeway. Fuck’s sake. Just get that, get that fucking wet-ahh. They’re going to the freeway, dummies,” the officer can be heard to say. Charges of “pedestrian interference” and “reckless endangerment” were dropped against Torres in April, and the city is currently investigating the circumstances of his arrest.

On June 18, activists representing the Black Lives Matter movement, the Seattle NAACP, Jewish Voice for Peace, the International Socialist Organization and Not1More Deportation came together to speak out in support of 11 activists who were arrested as part of a subsequent Black Lives Matter protest on Martin Luther King Day.

A new bill filed in the Legislature would adopt a task force’s recommendations — and then some — in lowering the bar for prosecuting police who use deadly force in Washington.

The measure would remove language from state law that shields officers from prosecution unless they acted with malice and without good faith, as a legislative task force recommended last month.

But the bill, proposed Monday by Olympia Democratic Rep. Beth Doglio, would go a step further. It would require police officers to have “a reasonable belief of an imminent threat” for the use of deadly force to be considered justified. It would also restrict when police can shoot at vehicles.

Many law enforcement groups say they’re worried that changing the law would cause police to hesitate when deadly force is needed to protect the public.